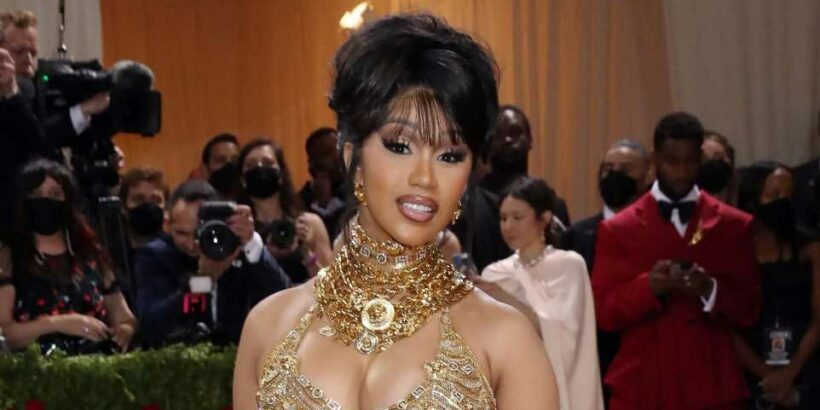 Showing them how it is done! After giving birth to her son late last year, Cardi B has a routine when it comes to diaper duty — and she proved that her long nails don’t get in the way.

Cardi B’s Funniest and Most Relatable Quotes on Motherhood

The rapper, 29, took to social media on Tuesday, May 17, to show a video of her changing a diaper after Kash Doll tweeted, “Aye Bardi how the hell u change a diaper with the nails? Lol i got on press ons struggling @iamcardib.”

Cardi, replied, “Okay girl sooo I just made a whole video.” In the clip, the performer used a stuffed teddy bear to highlight her skills.

“Trust me you will get the hang of it! However, I do feel like boys are harder to clean, they got more crevices,” she explained, while sporting bright red nails. The New York native also offered some advice when it comes to wiping if there is “too much poop” from a baby.

“You always wanna make sure you clean the butt cheeks,” she shared, before her 3-year-old daughter Kulture got in on the fun. The little one appeared in the video, asking, “Mommy … why you cleaning the butt?”

Cardi, for her part, joked that it was “a long story” before putting on a new diaper on the teddy bear. “This is the part I hate the most — clipping it,” she added. “I don’t know if it’s because I have two kids so I could probably do it a little faster. Probably because I’ve been wearing nails this long since I was 10.”

The video ended with the “Up” rapper putting pants on the toy, saying, “This is the little hard part. But it’s never that hard.”

Cardi B and Offset: A Timeline of Their Relationship

The Grammy winner has had plenty of practice changing diapers after welcoming two kids with Offset. The on and off couple got engaged in 2017 after being linked earlier that year. They tied the knot in 2018, shortly before the arrival of their first child.

Cardi and Offset, 30, went through a separation in December 2018 and again in September 2020, but the songwriter withdrew her petition for divorce in November 2020. Cardi gave birth to their son, Wave Set Cephus, one year later.

Celebrity Couples Who Changed Their Minds After Filing for Divorce

After their baby boy’s arrival, Cardi praised Offset for being a “hands-on” dad. “Sometimes he just gets too hands-on,” she told Good Morning America in November 2021. “I be like, ‘Listen, I got it. I know what I’m doing too. This ain’t my first rodeo anymore.’”