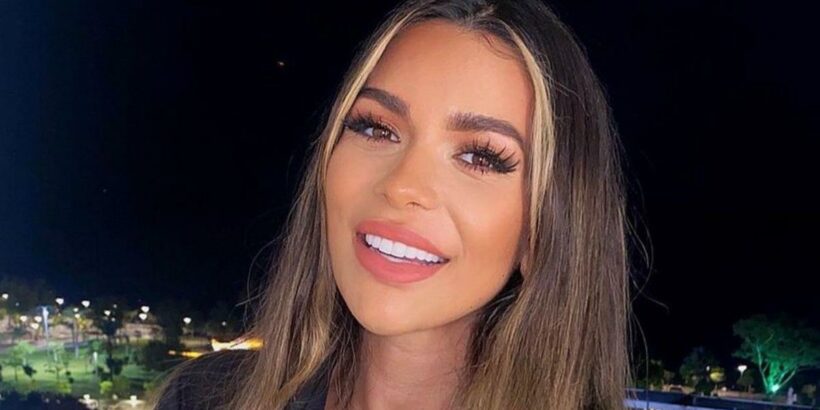 Many Love Island stars undergo a makeover before heading into the famous villa, and some have opened up about the cosmetic treatments they've had.

Stars such as Ekin-Su Cülcüloğlu, 27, and Andrew Le Page, 27, have shown off their transformations on social media, while others, including Tasha Ghouri, 23, have spoken openly about the minor tweaks they've had.

Casa Amor bombshells Coco Lodge, Cheyanne Kerr and Jazmine Nichol also all underwent dramatic makeovers ahead of the arrival in the Love Island villa, with each of them having different facial filler packages.

Let's take a look at some of the Islanders' transformations…

Ekin-Su underwent a huge makeover ahead of her stint in the Love Island villa, including fillers and veneers.

The 27 year old actress has documented her cosmetic work on Instagram, opening up about getting teeth veneers and a breast augmentation before heading into the villa.

She revealed that she’d gone to Dental Design in Antalya, Turkey to get her veneers, before heading to Comfort Zone surgery in Istanbul to undergo a breast augmentation.

Ekin-Su headed to award-winning aesthetic clinic KLNIK in Wilmslow to enhance her features too, with the reality TV star having filler in her cheeks, jaw and tear trough.

Cosmetic doctor Dr Rosh carried out Ekin-Su's treatments, and he recently took to social media to share before and after snaps of the Love Island contestant.

He revealed that Ekin-Su visited him ahead of her stint on the ITV2 show, with the pair deciding to "add subtle changes" while aiming to maintain a natural look.

Dr Rosh captioned the post: "Ekinsu came to see me in preparation of entering the vila. We decided to add subtle changes but still keeping everything looking very natural!

"First, we added tear trough filler to fill the hollows and give her that gorgeous “8 hour beauty sleep” refreshed look. Then, I feathered in some filler into the lateral cheeks to soften her middle cheek fullness and jaw filler to lift and create more definition".

Tasha Ghouri, who was part of the original Love Island 2022 line-up, has previously opened up about the minor cosmetic tweak she had before taking part in the show.

The 23 year old dancer and model took part in a Q&A session with her followers on Instagram and revealed that she'd had 0.5ml of lip filler in the past.

“Have you ever had any cosmetic work done / would you?” the follower asked.

“I only have had 0.5ml lip filler. Apart from that, nothing else,” Tasha answered the question. “We all have insecurities, I have had many thoughts that if I get certain cosmetics would I book more jobs etc? But I’m happy with the way I look & I don’t judge people who do get cosmetics because it’s purely their choice and their happiness.”

Andrew Le Page underwent surgery on his chest before heading into the Love Island villa, which left him unable to train in the gym for six weeks.

The 27 year old estate agent, who splits his time between Dubai and Guernsey, opened up about the cosmetic procedure which he'd "always wanted to do".

Speaking to The Sun, he said: “It was a day procedure to take out glands that were in my chest.

Casa Amor bombshell Cheyanne Kerr turned heads during her time in the Love Island villa with her stunning looks, and it's now been revealed that she previously had some subtle enhancements.

The 23 year old was tagged in a video from 2021 showing the results of getting a 3ml face-balancing filler package at Amica Aesthetics, a Leeds-based aesthetic clinic specialising in lip filler and skin treatments.

Cheyanne can be seen before and after the treatment, and while the exact areas that she had filled aren't specified, red marks on her skin suggest she had touch-ups in the lips, chin and cheeks.

“3ml package. Small amounts of filler can make a huge difference when placed correctly to give a natural but noticeable difference," the caption states.

The 21 year old nightclub manager, who hails from Newcastle, enhanced her looks with fillers, with the treatment designed to give her fuller lips and the “ideal triangle facial shape”.

Dr. Elle Claire Reid shared before and after snaps of the brunette beauty on Instagram, and wrote: “A little bit of filler goes a long way when it's carefully planned. For Jazmine we did one of my favourite treatment combinations. Lips, chin and cheeks.”

Jazmine's lips appear fuller and her cheekbones more defined, while her chin has more of a pointed look after having the filler injected.

Coco Lodge is another Casa Amor bombshell who has had some cosmetic tweakments, with the 27 year old heading to Essex-based outpost By Briony Aesthetics before going on the show.

Coco had previous lip filler (which had been administered elsewhere) dissolved and then re-filled for a more natural-looking pout, Briony confirmed on Instagram.

She shared a photo showing off Coco's new pout, and wrote: “The lips were massively migrated so I completely dissolved them and transformed them into defined, naturally full lips!” a gallery post of the results on Briony’s feed is captioned.

In another post, Briony confirmed that the star had 1ml of lip filler as well as some anti-wrinkle injections administered to her forehead, in the weeks before she joined the hit ITV dating show. It also appears that earlier this year Coco had tear trough filler.