When the Oscar nominations dropped on February 8, one of the most surprising and celebrated inclusions was the Bhutanese feature Lunana: A Yak In The Classroom, only the second ever movie submitted by the small Asian nation.

The pic emerged from 93 total country submissions and a 15-strong shortlist to become a bonafide contender for the International Oscar statue, a result that was “beyond the wildest expectations” of the film team, as director Pawo Choyning Dorji explains to Deadline below.

The team did put in the hard yards with the film when it came to applying to the Academy, however. The pic was originally submitted during last year’s awards season, but was ineligible due to the country not having an official selection committee in place. At the time, the Academy’s website did not even list Bhutan or the language Dzongkha as options when making the submission.

After regrouping and trying again, the result was very different, which Dorji puts down to two factors: hope and resilience. Below, we discuss the process of shooting in the mountains, the success of the awards campaign, where Bhutanese cinema is heading, and how they saved a person’s life during production.

DEADLINE: Congratulations on the amazing run of success for your film – how much of a surprise has this been?

PAWO CHOYNING DORJI: Forget about getting nominated, even to be shortlisted was beyond our wildest expectations! When we submitted the film to the Academy, we did it to try and create a space for our small country and culture on a global stage. After all, advancing in the actual race seemed impossible. We live in a time when the definitions of a nation state aren’t just defined by conventional concepts of political sovereignty and borders, but also by a presence in the international cultural and artistic fields. For instance, when we submitted Lunana: A Yak in the Classroom, the Academy website didn’t even have our country nor our national language as options in their list. For me being able to see ‘Bhutan’ listed with the other countries was already a big accomplishment.

DEADLINE: You premiered at the London Film Festival in 2019, were you hopeful back then that the film would attract an international audience? 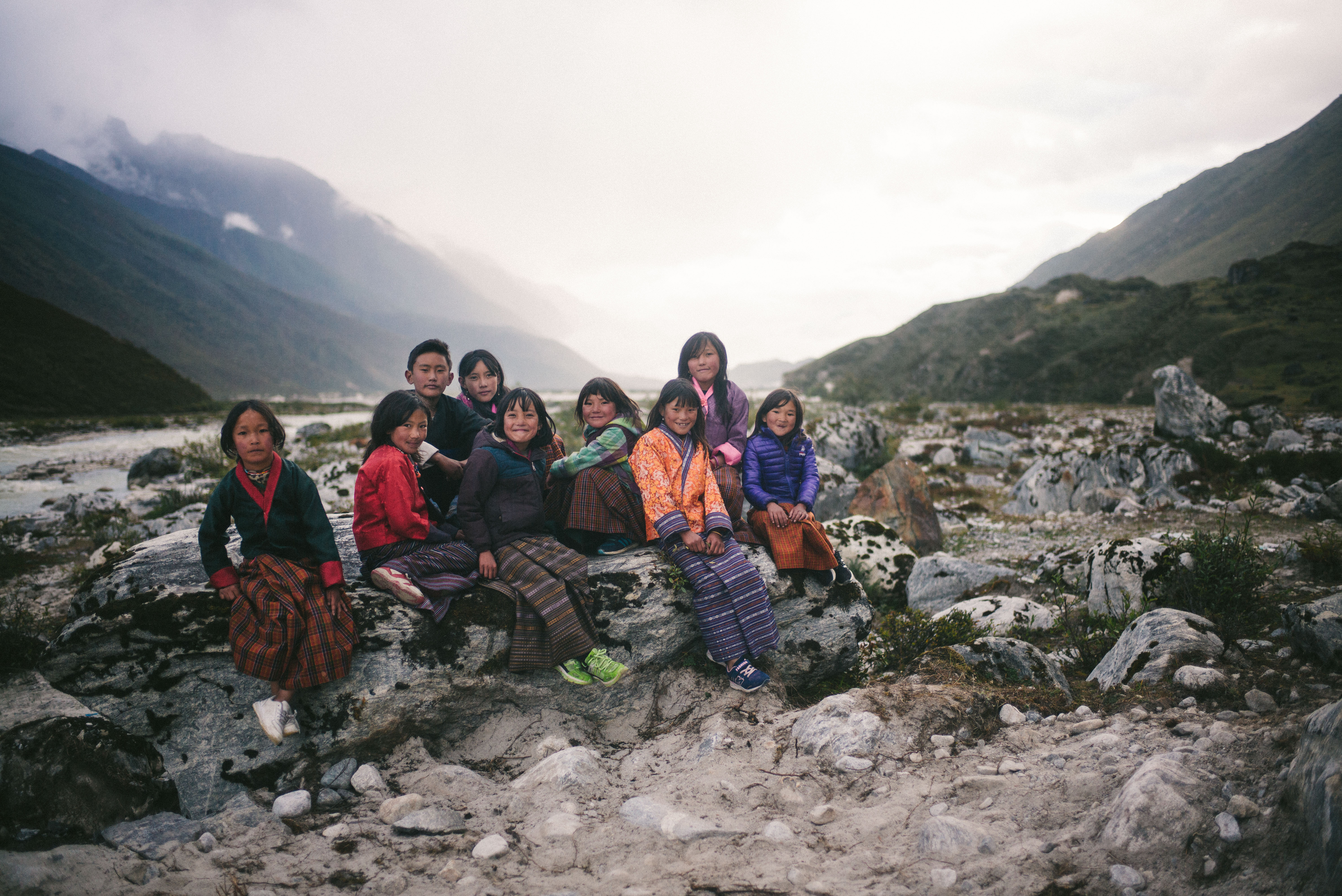 DORJI: I think every filmmaker will always hope that their film will attract an audience. Though this is a very small simple film, I always felt confident that the film was a crowd pleaser. I was optimistic that the film could connect with an international audience because even though it was a very culturally diverse story, in its heart it is a story that touches upon a universal human quality: that longingness to seek for a home, a sense of belongingness and of course happiness. However, I never thought it would have the global reach it has achieved. I come from a country where garnering a local audience for the arts is very difficult, so this international audience support has been so inspiring. At the end how can an artist find the inspiration to create, if there was no audience to inspire him? I am thankful to all the support the film has received from the world over.

DEADLINE: It been a long time since Bhutan had submitted any film to the Academy for Oscar consideration – when did discussions begin about submitting your film and how did you react to that?

DORJI: Yes, the last film that was an official Oscar submission from Bhutan was Khyentse Norbu’s The Cup in 1999. Coincidentally, Khyentse Norbu, who happens to be a Buddhist Lama, is not only my spiritual Buddhist teacher, but also my mentor who taught me filmmaking. When Lunana: A Yak in the Classroom was accepted by the Academy as Bhutan’s second submission, I felt so much joy in knowing I was following my teacher’s footsteps 23 years apart.

The idea of submitting the film to the Oscars was first brought up by our sales agent, Films Boutique, who believed in the film’s potential before anyone else did… including myself! Personally, looking at the tendency of bigger intentionally-recognized films from wealthier countries progressing in the Oscars race, I frankly thought there was no use in submitting ourselves. Films Boutique encouraged me to just submit and see if there was a chance.

DEADLINE: Your film ended up being submitted twice across two different years, explain that journey to us.

DORJI: Since Bhutan was submitting for the first time in over 20 years, the whole process was a trial-and-error experience. We were told that for the Academy to consider our submission, we would have to be submitted by a government body. So, we were submitted by the Bhutanese government. However, we found from the Academy that we would first have to apply for our government selection committee to be officially recognized by the Academy since our country’s validity had expired. The Academy said that if a country hadn’t submitted a film in over five years, the selection committee is no longer recognized. This was just days before the submission deadline, and by then we had already missed the selection committee application deadline. The Academy advised us to form a new Selection Committee, submit it to have it recognized, work on meeting other requirements and then resubmit for the next year. That’s what we did, it was an extremely long journey, one that was met with unexpected surprises at every turn.

DEADLINE: The film appeared to be an unlikely candidate for securing that Oscar nomination, considering the lack of history for Bhutan at the Oscars and various hurdles you encountered (such as the Academy’s website not having an option for Dzongkha) – how do you think it managed to overcome those?

DORJI: ‘Resilience’ has been the key word with this film, not just with the Oscars race but even throughout the pre-production and production of the film. Even when we considered making this film with the logistical challenges we faced, many did not think it would be possible. Instead of wondering if we would or wouldn’t be able do it, we just decided to do it or fail trying.

‘Hope’ has also been an important aspect of this film. Most of the other films in the Oscars race are heavily financed by their respective governments, we have no support from our government because Bhutan is a very poor nation. What we lack in financial support is made up by hope and aspirations of every Bhutanese. Ever since we were shortlisted, it’s been amazing to witness how the journey of this film has captured the hearts of an entire nation; yak herders in Lunana, monks in remote monasteries, young and old have all been reaching out in support and sharing their hope and aspirations for the film.

DEADLINE: Who were the key supporters in the journey?

DORJI: When we first started the journey of this film, we had no agent to represent us, no publicity team, and no distributors. We just went ahead on our own and started submitting ourselves to different film festivals. A few festivals like the BFI London Film Festival and the Busan International Film Festival were willing to take a chance on us, and through them Films Boutique discovered us. They signed us quickly and helped us get into film festivals and secure distribution. I must especially thank all the festivals and distributors that took a chance on us early on. I am aware that for many investing in an unknown film by a directorial debutant from Bhutan during a pandemic was a huge risk, and for some of our first distributors they still haven’t been able to screen us commercially because of Covid restrictions. I am truly grateful to all of them, and I hope the Oscar nomination helps them. 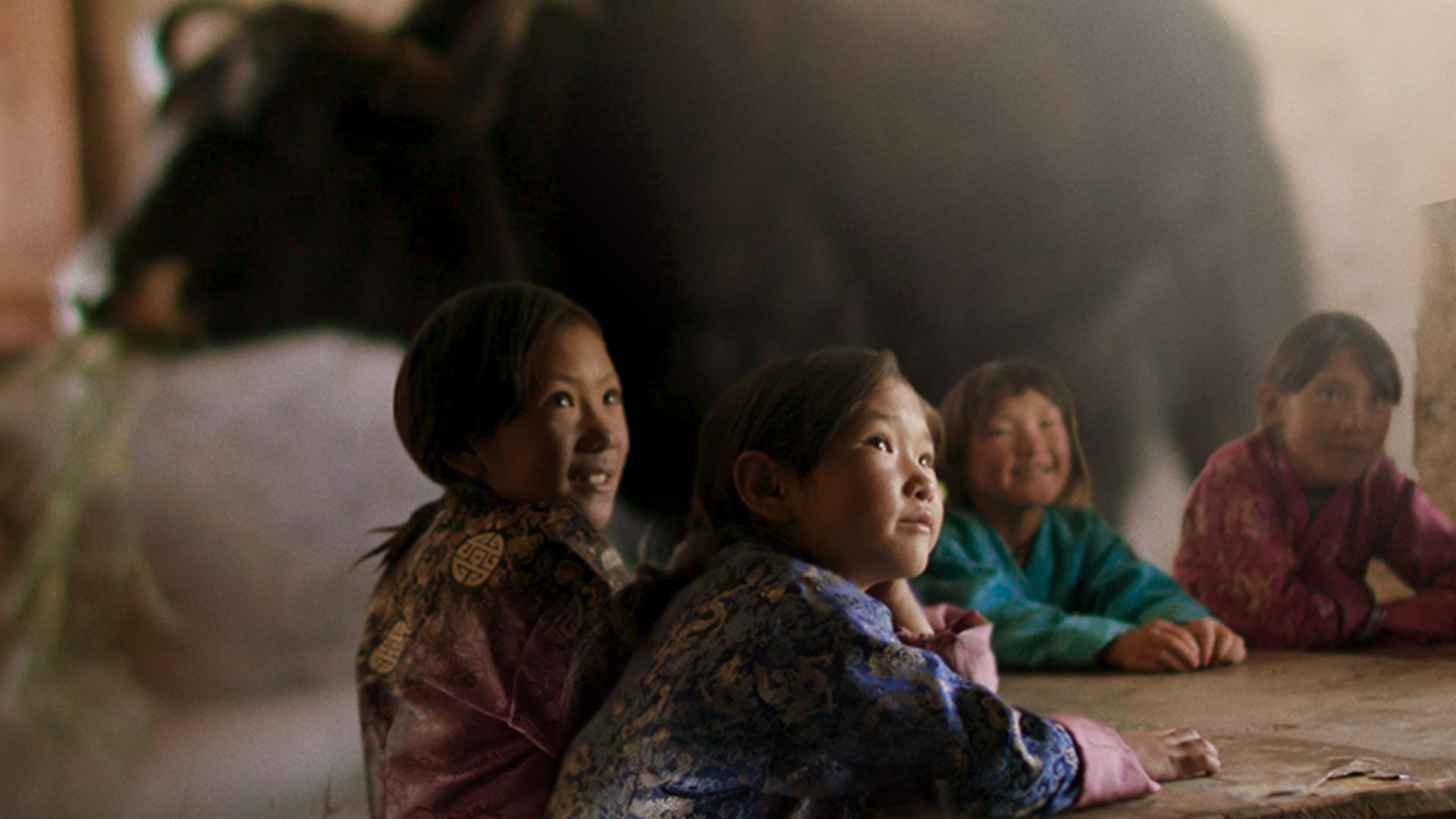 I think the film’s Oscar campaign got a huge boost when Samuel Goldwyn Films signed us up. They have such respected standing in the indie film market. They were interested in us even before we were shortlisted, and once we signed with them, they worked so hard in getting it released on various platforms within a week. I’m very thankful to them. I must also thank the publicity teams that helped us along the way: Acme PR, Cinetic Media and Claudia Tomassini and Associates.

DEADLINE: You filmed at the world’s most remote school – how challenging was that?

DORJI: We Bhutanese like to pride ourselves as being strong, hardy mountain people. Working in the world’s most remote school in Lunana took everything out of us! It was very tough being in a place that’s more than 4,500m above sea level with no electricity, no phone networks, no proper food, no bed and no shower for more than 2 months. Our locations were all spread out, so every day we had to walk carrying our gear. Many crew members got sick with some even having to leave because of altitude sickness. Being in such a remote location cut us off from our loved ones, with no means to even check on them – it was very mentally taxing. By the end of our shoot, many of our crew members were physically exhausted but also emotionally drained.

Just to share how challenging it was, a local government worker started suffering from altitude sickness and almost died when we were shooting our film. The only doctor and oxygen tank in the entire valley was ours so we had to set out and walk two hours in the middle of the night to save him.

DEADLINE: To what extent did you use locals on the shoot?

DORJI: Since Bhutan doesn’t have any professionally trained actors, we felt casting highlanders to play themselves would be a much safer bet than trying to cast a non-highlander, non-professional actor to act as a highlander. Most of the cast in the movie are playing themselves. Once we cast them, I spent time with them to learn their life stories, and then I adapted the script, so their respective characters were based on their own lives. By doing that they weren’t acting but just being themselves. We must remember that many of these local highlanders had never been beyond their village, meaning they do not have any concept of cinema and film. It was this purity and rawness I wished to capture.

DEADLINE: How much of a film industry is there in Bhutan? Has it been growing?

DORJI: Bhutan has a small but thriving local film industry. They actively produce small budget films which are very much inspired by Bollywood musicals. These films exclusively cater to the local Bhutanese audience and don’t usually make it beyond Bhutan.

The independent art film industry is even smaller, having only been started with Khyentse Norbu’s films; The Cup in 1999 and Travelers & Magicians in 2003. Khyentse Norbu’s films were the catalysts that inspired the present generation of independent film makers to start dreaming of making Bhutanese films that could go beyond Bhutan. We are lucky if we can produce an international level indie film every three-to-four years.

DEADLINE: I understand your next feature will be Once Upon a Time in Bhutan, tell us about that project.

DORJI: We were in the pre-production phase of Once Upon a Time in Bhutan…, however the Oscars campaign and the present Covid lockdown in Bhutan has forced us to postpone the production. We hope to start principal photography towards the fall of this year. The film focuses on the opening and modernization of Bhutan, believe it or not Bhutan was the last country in the world to allow TV and to connect to the internet, in the early 2000s. The film tells the story of an ancient country and culture amid a great cultural transition, a transition that none of them wanted but had to unwillingly accept to ensure that we as a country and people stayed relevant in a modern world.