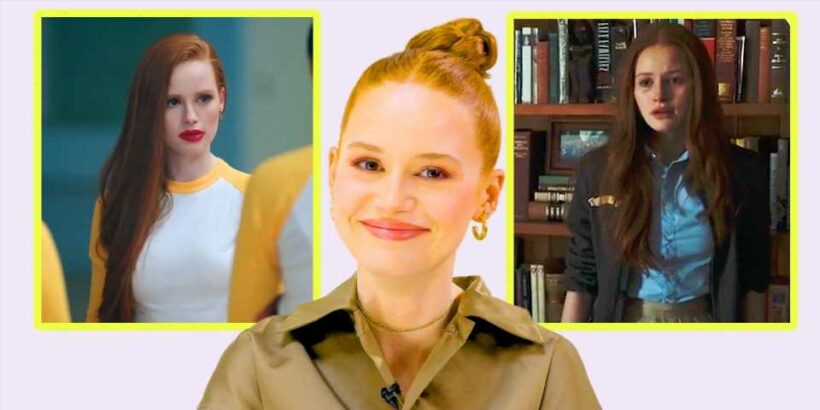 Madelaine Petsch may have gotten her start as THE iconic Cheryl Blossom on Riverdale, but the CW isn’t the only network on her resume. Our redheaded queen has stared in the 2022 Netflix film Jane (which is she also produced because she’s that girl 💅), psychological thriller Sightless, and other film projects. And for each of these roles, Petsch had to do something, uhhhh, well, let’s just say sis is committed to her job, okay???

In this latest episode of Breakdown, Breakdown, Petsch shares the tea behind that infamous Carrie scene in season two episode 18 of Riverdale. Turns out, Petsch was drenched in fake flammable blood walking around the shoot holding pillar candles. Even with the threat of burning alive (because flammable fake blood + real fire = a big no-no), she carried on AND killed it. Told ya she was dedicated.

Want to know more memorable moments of her career? Check out the rest of her vid where she reveals some more, uh, interesting parts of her job.