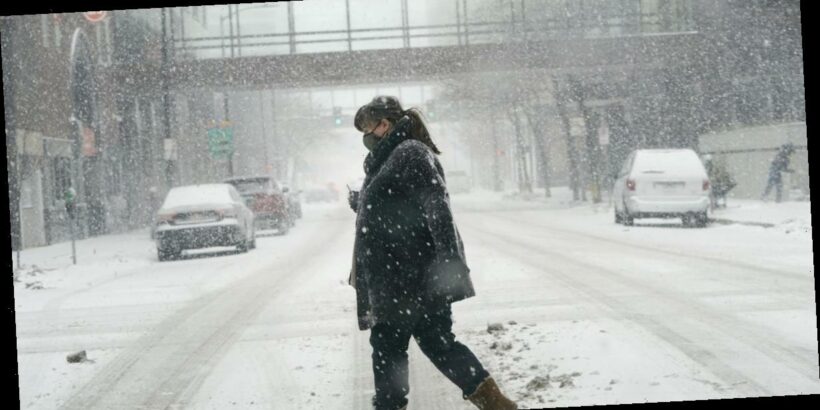 A major winter storm is expected to bring historic snowfall to the Midwest and other parts of the country this week and has already caused some travel delays and dangerous conditions. At least 23 states are currently under winter weather alerts.

As of Monday, there’s been more than 8 inches of snowfall in several Midwestern cities, including Des Moines, Iowa; Chicago, Illinois; and Omaha, Nebraska.

Iowa’s Department of Transportation warned residents against traveling Monday in central and southwest parts of the state. “This storm is living up to the hype and quickly intensifying with whiteout conditions causing multiple crashes on I-80,” the department said in a statement.

Moderate snowfall is expected to continue throughout the night, with an average 3 inches of snowfall throughout Iowa. State officials are reporting multiple vehicle crashes and recommending Iowa residents stay home and refrain from traveling.

⚠️ We’ll spare you the graphics right now, but it’s hard to snow with much more intensity than it is right now across central IA. @iowadot doesn’t recommend travel from the western DSM metro south and west for a reason. Best to stay home if you can! #iawx

“Expect travel to become very difficult this evening if not impossible in some areas,” said Omaha’s National Weather Service. At least 8 inches of snow have fallen there so far, with an additional 2 to 8 more expected in the through 10 p.m. Monday. Some roads are “completely covered” with snow throughout southeastern Nebraska.

The Midwest is expected to see at least seven more days of heavy snowfall with a forecast of as much as 2 inches per hour in cities near the Great Lakes. In Chicago, winds brought on by the storm will grow waves at the Great Lakes as high as 13 feet, causing moderate flooding on the shore. 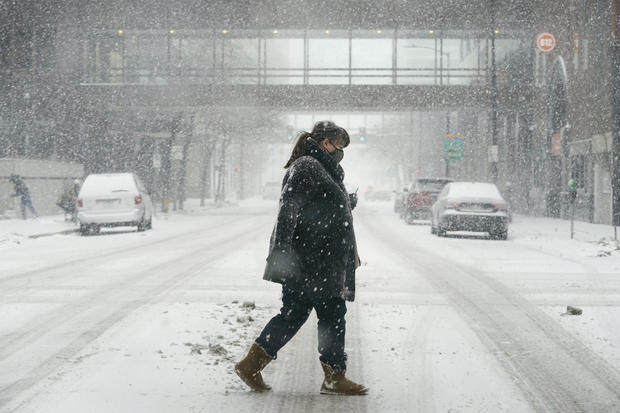 On the East Coast, New York could get under 2 inches of snow, while New England could see rain, freezing rain and slush.

More than 820 flights were delayed and over 2,080 were canceled to and from the U.S. on Monday. according to FlightAware.com. Another 960 flights have been canceled for Tuesday.

Another storm is expected to hit the West Coast this week. California could be hit with an abrupt amount of heavy rain and large snowstorms. Sierra Nevada could see about a foot of snowfall on Monday.

The storm will move southward along the West Coast spreading heavy rain and snowfall white-out snows higher up from Washington to Oregon to California. The snow is expected to continue in higher regions through Friday, giving mountain residents at least 5 feet of additional snowfall.

The conditions could put Sierra Nevada residents from Santa Cruz to Santa Barbara in immense danger Wednesday and Thursday, with sudden and life-threatening flash floods and landslides, the weather service said. Residents are advised to keep an eye out for any important weather alerts.