Revealed: Suranne Jones’ surprisingly burly MALE stunt double on Doctor Foster is a former stand in for Pierce Brosnan as 007 – and says the actress was pleased he ‘made her look good’

Suranne Jones left fans in stitches when she shared a behind-the-scenes shot from the set of her hit show Doctor Foster which revealed that her stunt double on set was a man.

Now in an exclusive chat with FEMAIL, Ray De-Haan, who stood in for Suranne in action scenes while she was playing troubled GP Gemma Foster, has revealed what it was like working with the star – and stepping into her trench coat.

Mr De-Haan, who could be seen in a curly brunette wig in the on-set snap shared by the actress, is more typically found standing in for male action stars like Pierce Brosnan and Matt Damon, said Suranne found his role as her stunt double ‘hilarious’, and joked that he looked like a cartoon character in her wardrobe.

He explained that male stunt doubles frequently stand in for female stars on TV and film sets, donning wigs, make-up and women’s clothes to do so. 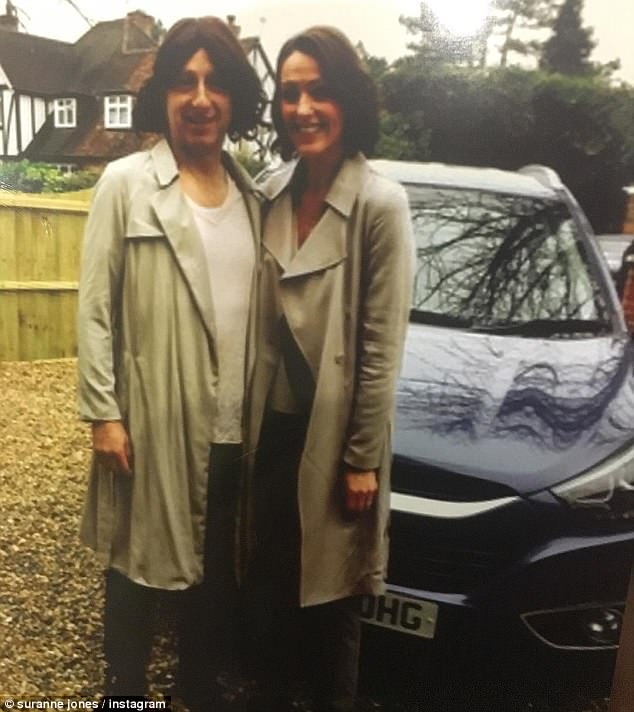 Seeing double: Suranne Jones shared a throwback photo from the set of drama series Doctor Foster with her Instagram followers of her with her stunt double, who was actually a man 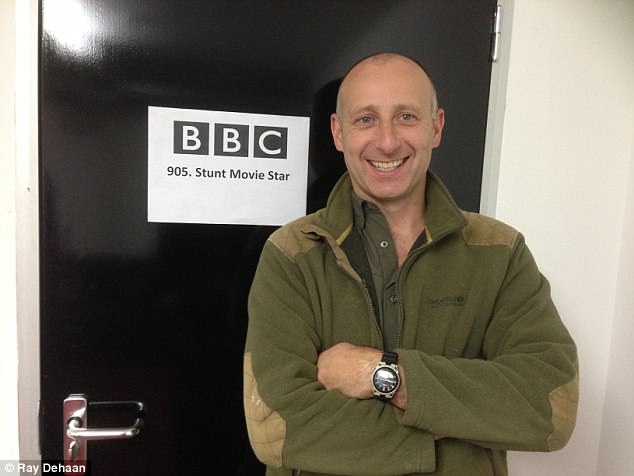 Ray worked on the first season of the smash hit drama.

He said of life on set: ‘You don’t have a lot to do with them [the cast], you never really bump into them but you know they’re there.

‘We [Suranne and I] did have a little bit of a joke – that’s why we had that photo taken together because she just thought it was hilarious that I looked like something off a cartoon.

‘You get used to that, it [costume] could be a beard or a silicone mask, it’s bonkers what you end up putting on. She was pleased, I made her look good.’

Ray wore a trench coat and feminine white blouse for the scene, which saw him screeching dangerously around a pub car park during the first season of the show.

And male stand ins for female actresses are actually much more common than you might expect, he said.

Ray continued: ‘It’s part of the job. If I’ve got someone who’s in a dog outfit they’ll be dressed up like a dog. It doesn’t matter – male or female, it’s nothing to do with gender, it’s about your skills.

‘If I’ve got someone who needs to climb Mount Everest it’s about their skills, and costume and make up look like them like the [relevant] person. Their actual gender makes no difference to their skill set. A girl will dress up as a guy [too].’ 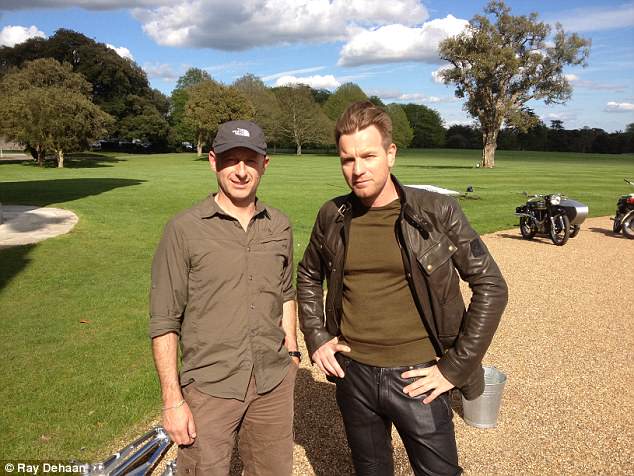 Stunt double: He has stood in for male action stars too, including Ewan McGregor (seen above with Ray), Pierce Brosnan and Matt Damon 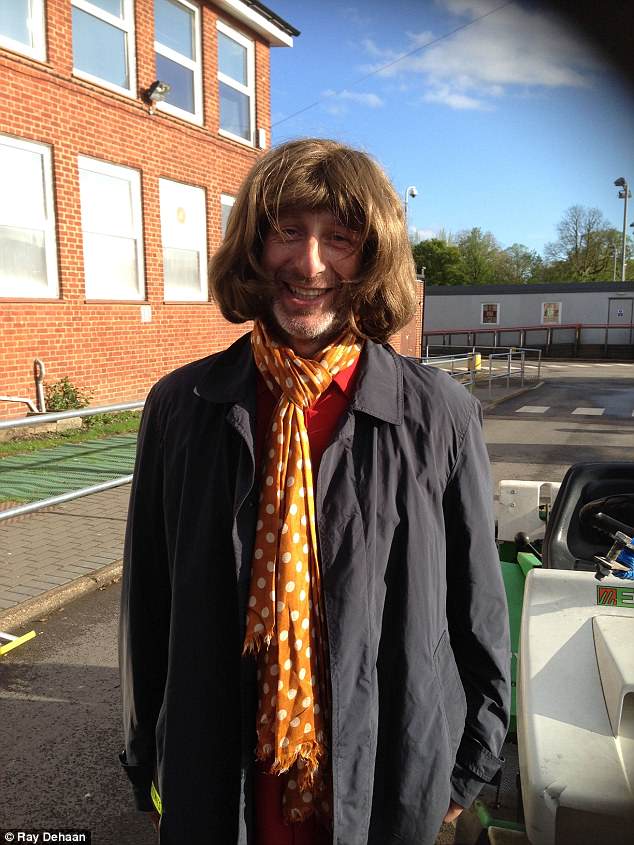 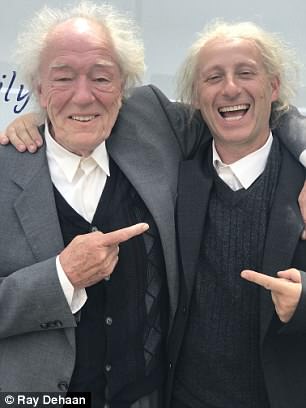 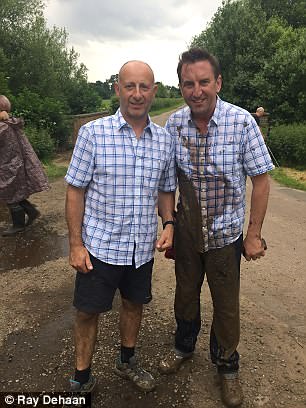 He has also worked as a stand in for Michael Gambon (left), who plays Dumbledore in the Harry Potter films and Lee Mack (right)

Suranne shared the snap, which her husband came across after a clear out at the office, on Instagram on Wednesday.

Cosying up to her action counterpart, Suranne grins in the image, as does Ray, who wears a dark wig in the style of the actress’ own hair.

She captioned the shot: ‘My husband is clearing the @teamakersprod office… and found this!! Dr Foster and her stunt double!!!! he says it’s one of his favourite photos of me ever! Finder of treasure: @laurenceakers [sic].’

Fans enjoyed seeing the snap and getting a new insight into what happens behind the scenes of the thrilling BBC drama – which aired its latest second season last autumn.

Those left gripped by the drama are desperate for a third season – to see what becomes of Gemma and cheating husband Simon’s son Tom, who ended up running away from home, and his embattled parents. 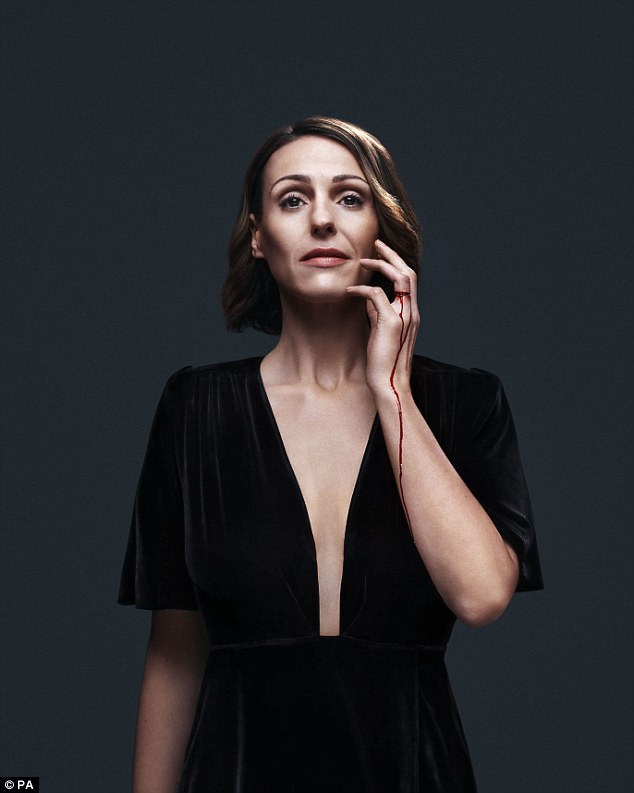 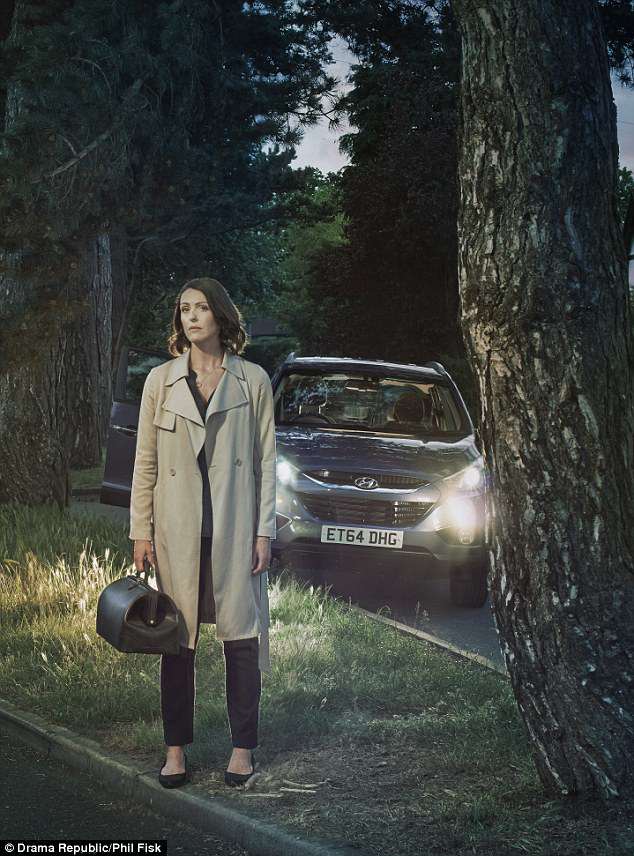 High drama: The actress poses in her typical Gemma Foster get-up of a trench coat

But in March, Suranne hinted that fans could be in for a very long wait for season three, admitting filming won’t be getting underway anytime soon.

The former Coronation Street star told Lorraine Kelly on her chat show that she has other acting commitments to fulfill before she can even think about a return and will look at 2019 ‘when it comes’.

She said: ‘I move on from this show in seven weeks and then I go to do a Sally Wainwright drama until December.

‘I’ll look at next year when it comes, because I’ve got a two-year-old as well!’

Following the second series cliffhanger in October, Doctor Foster fans begged the BBC to bring the show back for another season.

And while the channel has remained vague on the show’s future, its creator Mike Bartlett already revealed that he has a story mapped out for another run, which will focus on the doctor’s missing son.

But with Suranne’s upcoming role in the Sally Wainwright drama Gentleman Jack, as well as a second run of the Sky Atlantic drama Save Me, it appears fans could be in for a long wait. 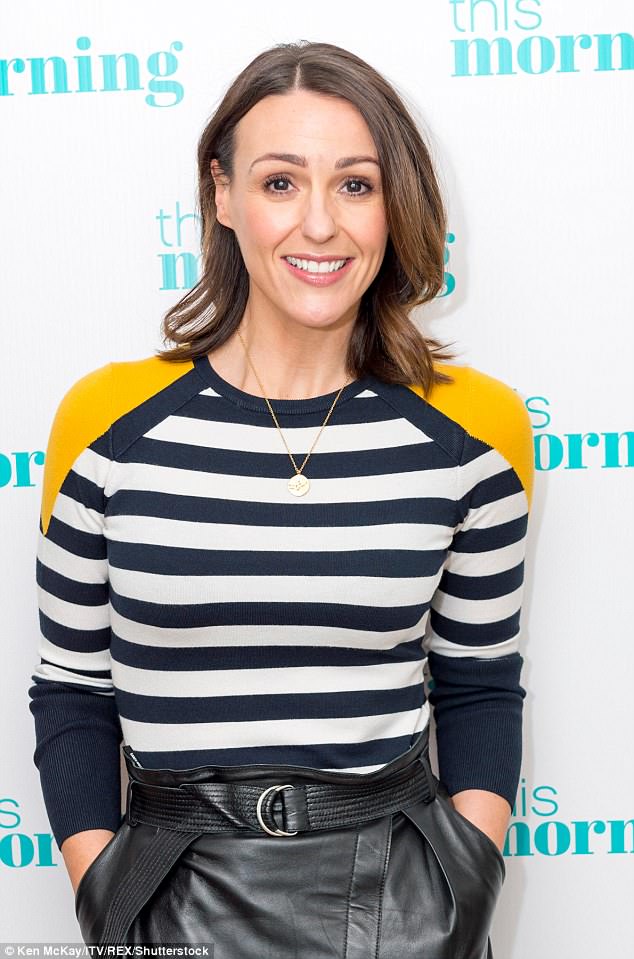 She captioned the shot: ‘My husband is clearing the @teamakersprod office… and found this!! Dr Foster and her stunt double!!!! he says it’s one of his favourite photos of me ever! Finder of treasure: @laurenceakers [sic]’ 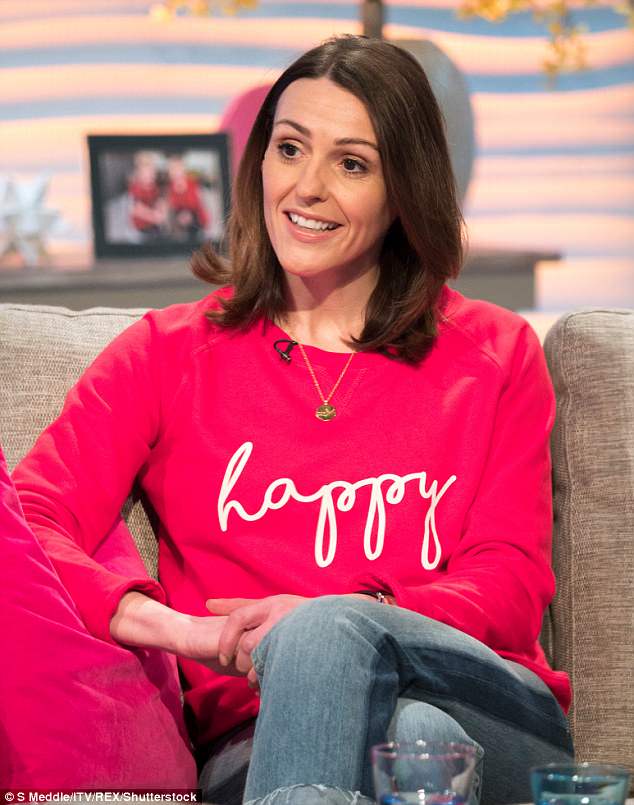 What’s next? The former Coronation Street star told Lorraine Kelly that she has other acting commitments to fulfill before she can even think about a return