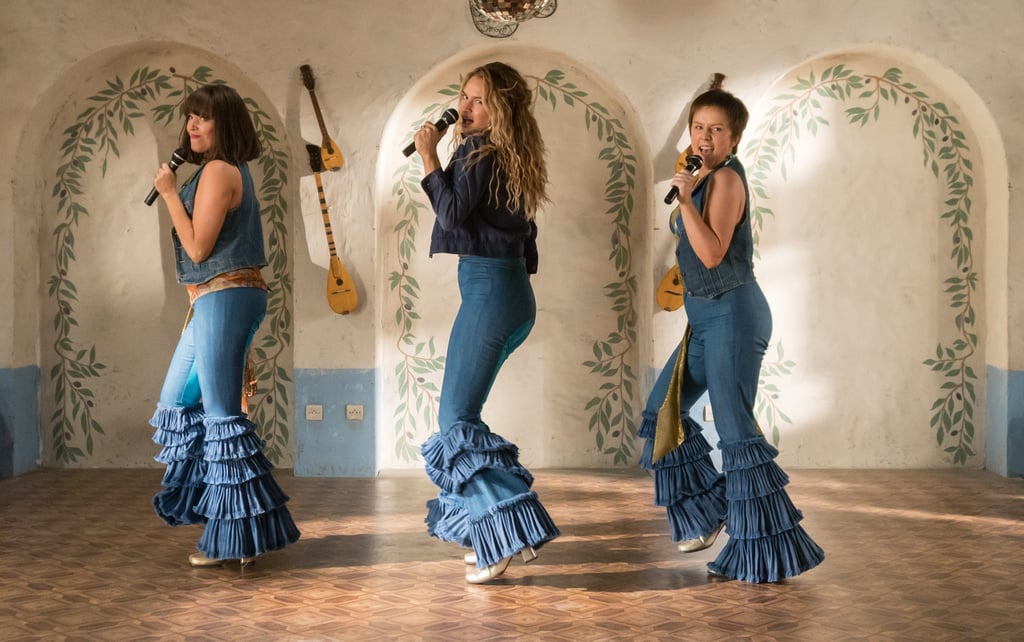 These Mamma Mia: Here We Go Again Photos Are Basically a Ticket to Kalokairi

Hopefully you’ve got a pair of platform boots at the ready, because the Mamma Mia sequel is on the way! Ten years after 2008’s Mamma Mia! The Movie sang its way into theaters and charmed fans, a sequel, Mamma Mia: Here We Go Again!, will grace us with its presence this Summer. While most of the main cast is returning — Amanda Seyfried, Pierce Brosnan, Colin Firth, Stellan Skarsgard, Julie Walters, and Christine Baranski (we’re still waiting to hear about Meryl Streep) — Baby Driver‘s Lily James has come on board to play a younger version of Streep’s character, Donna.

The Ol Parker-directed sequel, which has dropped its fun first trailer, will shift back and forth in time on the beautiful Greek island of Kalokairi, which we’ve gotten a glimpse of thanks to some adorable behind-the-scenes photos. James posted a few cute snaps on board a boat (in which she’s rocking a butterfly necklace and other Donna-approved accessories), while costars Alexa Davies, Jessica Keenan Wynn, Jeremy Irvine, and Josh Dylan also shared selfies and pictures of the stunning filming locations. Check out all the fun photos ahead.