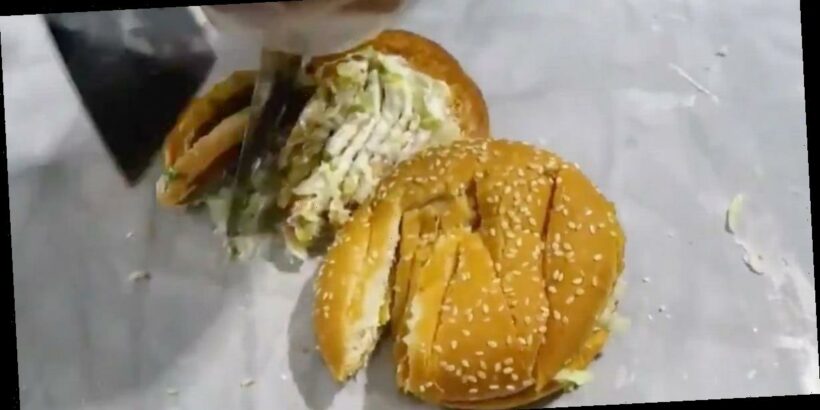 McDonald's burgers followed by a McFlurry is always a nice meal to have when you are out for a quick bite, but it wouldn't be quite the same when you mix both of them together.

A man in Pakistan has created the combo by mashing up chicken burger into shaved ice cream and viewers were not sure what they felt about it.

Video shared by Darshan Pathak on social media shows the ice cream parlour worker taking the fried chicken burger out of the McDonald's box and placing it on the freezing plate.

He then chops it up into tiny pieces and mashes the bread, cheese and chicken into a cold paste.

While viewers hope the worker would stop from here, he then drops in the ice cream mix and crafts the chicken-flavoured dessert into rolls before putting them into a cup.

Darshan posted the footage with the caption: "McDonald's will discontinue Chicken Mac forever after watching this."

He claimed the video was taken in the city of Lahore in Pakistan.

McDonald's fans were left horrified by the result and called it "food terrorism".

One wrote: "I felt like vomiting and I don't even eat meat."

A second said: "Your daily dose of food terrorism."

Plenty of others replied with "sick" emojis or gifs of people throwing up.

The quadruple-sized sandwich was filled with cheese, onions, sauces that left fans drooling over the crazy creation.

Worker Josiah Kim took a first bite and admitted it was burst with flavours.