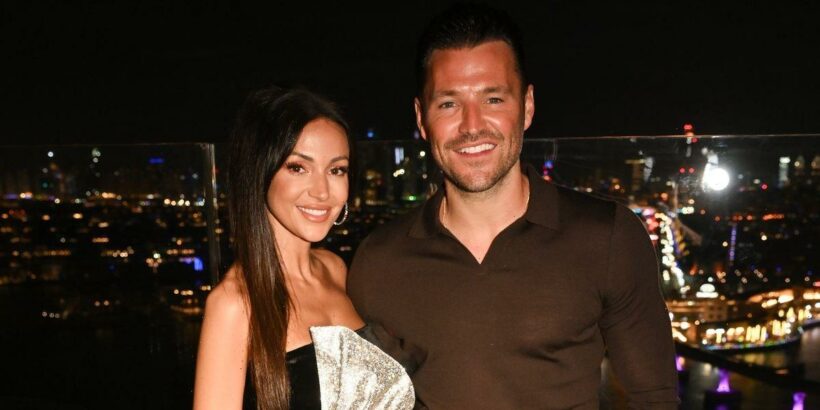 Mark Wrightand Michelle Keegan, who recently unveiled their£3.5 million Essex mansion, flew out to Dubai for the launch of a new luxury hotel where they watched Beyoncé perform live, documenting their lavish trip on Instagram.

The former The Only Way Is Essex star, 36, and actress Michelle, 35, attended the grand opening of the Atlantis The Royal in Dubai, joined by a number of celeb pals includingMarvinandRochelle Humes .

Saturday evening marked the big launch of the luxury resort, set to open next month, whereBeyoncégave her first performance in four years. The couple posed on the red carpet outside the hotel with a number of other A-list celebs.

Michelle stunned in a short off-the-shoulder red Tayfun Kaba dress paired with matching long red gloves. She paired this with a gold clutch, gold earrings and a stylish up-do. Mark also dressed to the nines in a black tuxedo and bow tie.

Beyoncé cashed in a whopping £20million for the gig, with famous guests including Kendall Jenner andLiam Payne in attendance at the star-studded event. She sang a number of her hit songs including Brown Skin Girl and Drunk In Love, however audience members were forced to lock away their phones as the Single Ladies singer banned recordings of the performance.

Mark and Michelle enjoyed the performance before heading out for dinner with pals, Marvin, 37, and Rochelle, 33. They pair were also spotted at the Sake Ceremony hosted by Nobu Matsuhisa and Meir Teper, posing for more photos.

Mark recently gave fans a glimpse inside their propertyin a video posted to Mark’s dad Mark Snr’s Instagram account. The reality TV star can be seen showing off the white and Georgian-inspired exterior of the house and the annexe.

Mark Snr captioned the clip: “All the hard work is now complete so all now singing and dancing x.”

The video shows the house still in the building stages and Mark can be heard telling the camera: “This is what I like to see, early morning, busy site.

“We’ve got Danny on the digger, sorting out the driveway out, we’ve got a delivery from Marshalls coming today, can’t wait for that. The roof and the annexe is getting done.”

Mark also revealed that his dad was a project manager on the build and in the clip the 66 year old can be seen overseeing the work and making sure everything runs smoothly.