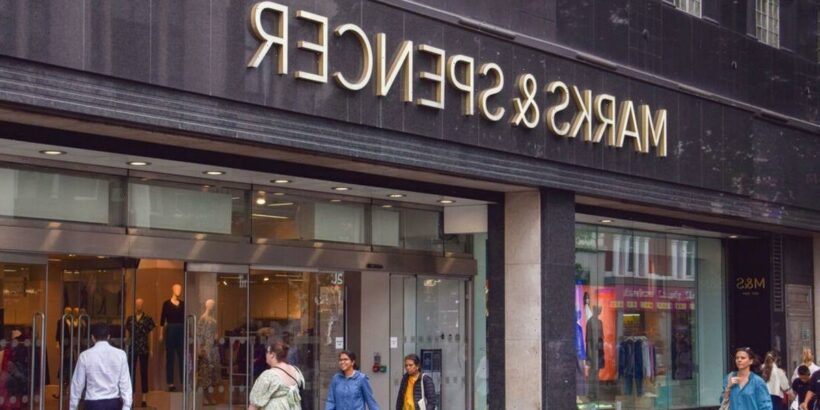 Marks and Spencer has announced they will be closing 67 stores over the next fives years. The brand is shutting shop on its “lower productivity, full line stores”, however, in a big reshuffle, the high street retailer has said they will be opening 104 new “bigger and fresher” food stores.

The 67 stores set to close are part of the 110 that had been previously announced, but the 67 confirmed show plans have been accelerated.

While the restructure of branches is set to take place over the next five years, M&S bosses are hoping to it to be complete in three years.

One possible reason for speeding up the restructure is M&S like other stores are facing a tough consumer backdrop, rising inflation and a £100 million hit from soaring energy costs.

M&S said that 80 percent of its energy usage comes from its stores, and it would focus on cutting the cost of refrigeration and lighting to help improve matters.

The acceleration of store overhaul is set to save around £309 million in rent costs also.

Last year the business said that it wanted to reduce its number of clothing and home shops down to 180 from 247 shops. That’s around one in four stores.

The retailer previously explained it wanted to focus on moving out of old stores on the high streets, with low footfall, and relocating to retail parks which are popular with shoppers.

It is not known which stores and where are closing.

The food stores have been attracting more customers, especially since lowering prices of its basic range.

To remain even more competitive, M&S will be investing £200 million in lowering prices of its food further as well as its fashion ranges.

In terms of clothing, its new Good Move athleisure range, which sells leggings for £27.50, is still growing and more sports brands are being considered to be brought into its stable of 50 third-party brands.

This is not the only move the retailer has made to diversify itself in the fashion industry.

It recently bought a majority stake in Nobody’s Child, which has brought new, younger shoppers to Marks & Spencer.

To add to this, the business is keen to increase customers who purchase items throught its app from 3.9 million to 10 million.

Another factor the business has had to consider is staffing costs.

These have also increased by about seven percent, and M&S is anticipating these will remain under pressure during 2023.

The retailer upped staff pay for the second time this year in September – increasing the hourly pay of more than 40,000 staff by two percent to a minimum of £10.20 an hour from October 1 – up from £10 an hour introduced in April.