Happily ever after? The couples on Married at First Sight are starting to get to know each other, and with that comes trouble. All of that was dissected during the Tuesday, July 17, episode.

Amber and Dave Have Seconds Thoughts

Dave Flaherty and Amber Martorana definitely hit it off at first, but during their first full day as a couple, they already saw problems. The morning after the wedding, each of the couples went to a friends and family brunch. Amber invited her family members, but Dave only invited his groomsmen and their families.

“I’m concerned. I had anticipated his parents being there,” Amber said, worrying his family didn’t like her. “Maybe getting married at first sight was not a good idea.”

Dave wasn’t feeling very good about their relationship either. When packing for their honeymoon in Cancun, Amber didn’t have enough room in her suitcase for all her stuff. She said she was happy that with her marriage she not only got a husband, but a second suitcase. He was worried she was more “high maintenance” than he initially thought.

Despite their revelations, Amber was still eager to have a child with Dave, even though they haven’t had sex yet. “Maybe we’ll have a honeymoon baby,” she said.

Bobby and Danielle Couldn’t Be Happier

Danielle Bergman and Bobby Dodd seem to be the most stable of the couples right now. They are completely in awe that they are married to one another.

“I think it’s going to last forever,” Danielle said. “It was the best case scenario for us.”

Bobby was so physically attracted to his wife, and his only complaint was he wished he could read her better. She easily agreed that she’d work on expressing her feelings, because she has so many positive ones about her husband. “I don’t know if I believe at love at first sight but waking up next to her is awesome,” Bobby said.

Before departing to Cancun, they realized they didn’t even have each other’s phone numbers before leaving the country, which is pretty comical in itself. Let’s hope these two keep riding this love high they have going on!

Mia Gets Detained, Tristan Gets Confused

Everything was going great for Mia Bally and Tristan Thompson. They were taking things slow, but were really into their marriage. They couldn’t stop complimenting each other and making one another laugh. Their families were getting along great, and they were excited to head to Cancun. 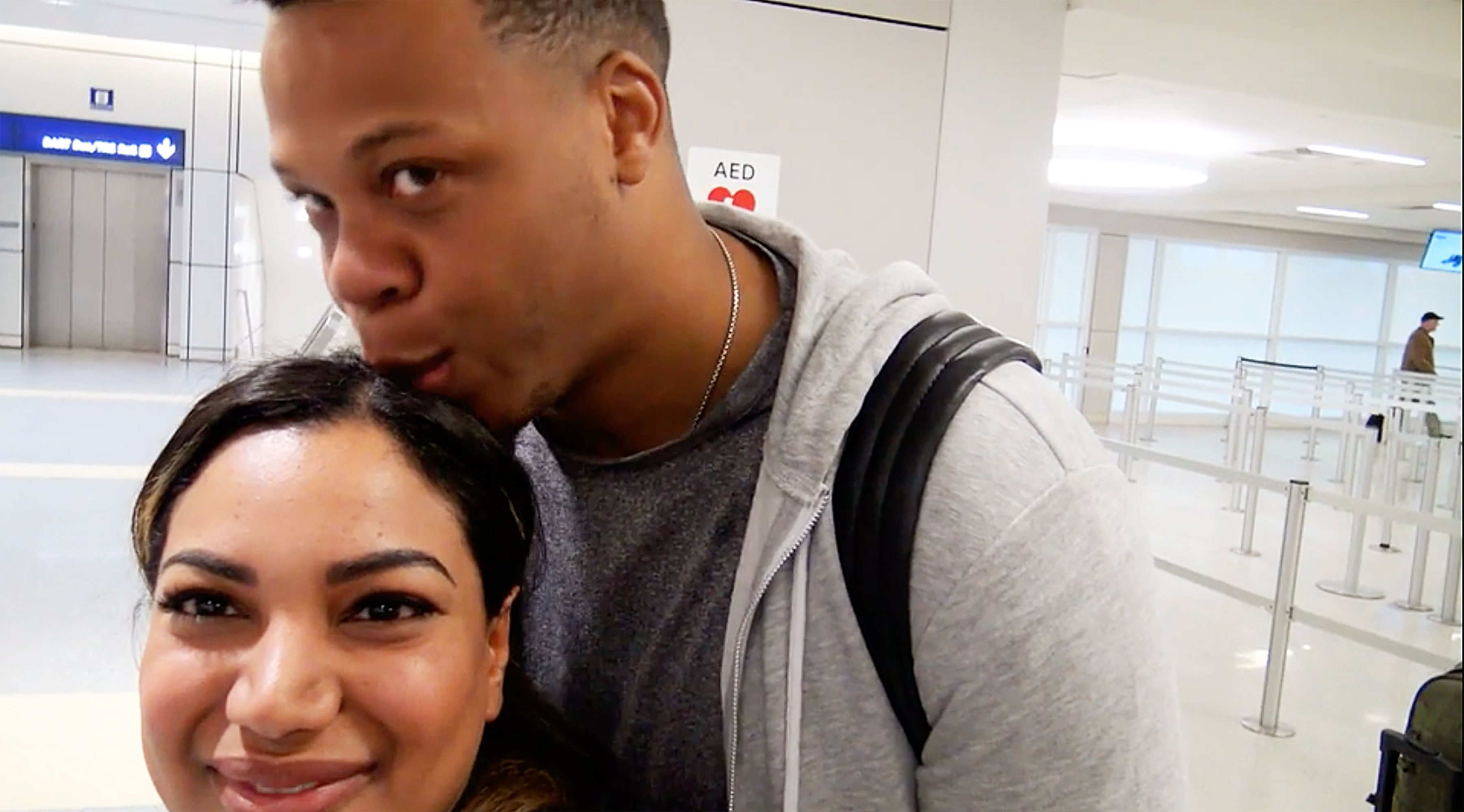 However, when they made it to the airport, all hell broke loose. They couldn’t get on their plane and Mia was detained by customs.

“My wife, Mia, has been detained. I can’t talk to her. I pray she’s OK and hopefully I’ll get clarity on the situation soon,” Tristan said. The episode was “to be continued” so we’ll all have to wait until next week to see why their fairytale trip was ruined.