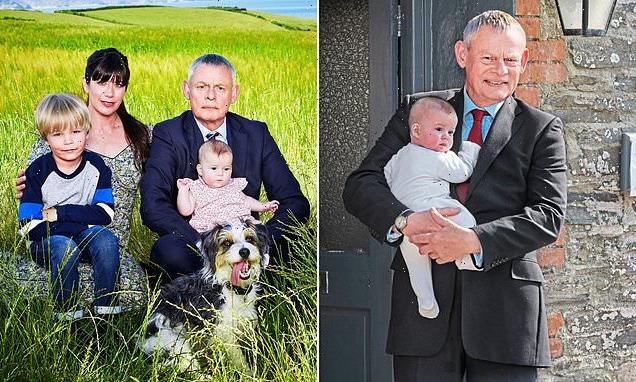 Why I’m hanging up my stethoscope: Martin Clunes on the tenth and final series of Doc Martin – and why the show holds such emotional memories for him

Martin Clunes was part way through filming a scene in Doc Martin’s increasingly empty home when reality struck. After 18 years he was suddenly aware that his time playing the grumpy GP was drawing to a close – and there was no turning back.

‘When we started shooting the final series in February I was quite wistful, thinking this would be the last time I’d film in this place or that place,’ says Martin. ‘Then the sheer pressure of work took over and I didn’t have time for those thoughts.

‘But filming scenes in which the Doc and his wife Louisa are packing up the house and preparing to go back to London, and seeing those boxes and the bare set, it was quite moving.’

The nine series of Doc Martin thus far, in which fish-out-of-water Martin Ellingham has been working as a GP in the Cornish seaside village of Portwenn after an aversion to blood scuppered his career as a London surgeon, have attracted an average audience of eight million and the show has been broadcast in 18 countries. 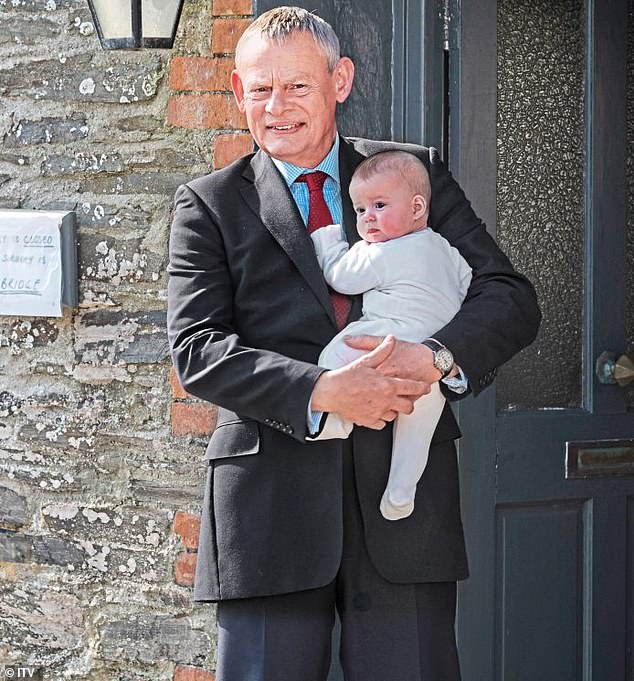 Martin Clunes (pictured The Doc with his new daughter) has opened up about the tenth and final series of Doc Martin. The actor has played the role of grumpy doctor in Cornwall for the past 18 years

The Clunatics Fan Club is thriving, and the US-based Bert Large Lovers Group – in honour of the village’s resident odd job man played by Ian McNeice – has more than 4,000 members.

Hollywood star Sigourney Weaver loves the show so much that she made two guest appearances, and splendidly named ‘patients’ at the Doc’s practice have included Theresa Green, Helen Highwater and Leanne Perrins.

The combination of comedy and medical jeopardy has undoubtedly been a reason for the show’s success, although producer Philippa Braithwaite – Martin’s real-life wife – believes there’s more to it than that. ‘People loved the character from the first episode, as well as the world that’s been created around him and the wonderful Cornish scenery,’ she says.

‘You never know if something is going to work or not, but luckily it does with the mix we’ve put together here. It also helps that it’s a kind programme.

‘The letters we get from people suggest they really like that. There’s no malice, no murder and people love Portwenn [real location Port Isaac] to the point that they want to live here.’

All of which begs the question: why end it now? With its healthy ratings and overseas sales, ITV could carry on commissioning it for years to come. 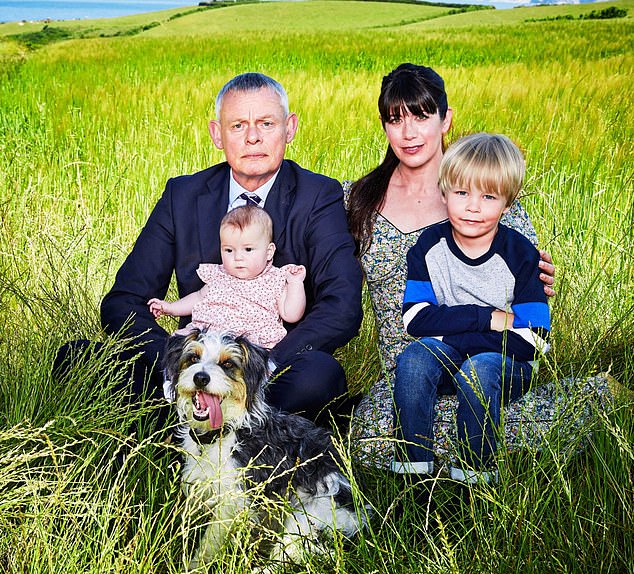 Martin Clunes as Doc Martin, Caroline Catz as Louisa Ellongham and their children. At the start of this final series, the Doc has resigned as a GP after coming under scrutiny by the General Medical Council

‘Because I think we’ve sort of done everything,’ says Martin. ‘It’d be great to carry on but I don’t think we could keep it as good.’

Philippa agrees. ‘It’s tempting to keep going because it’s a fantastic job, but we want to keep the quality high.

‘At the end of series nine we thought we had one more series left in us just to keep it fresh. Ten seemed the right time to end it, and we were fortunate enough to be offered a Christmas special too, so that allows us to complete the series in a really nice way.’

At the start of this final series, the Doc has resigned as a GP after coming under scrutiny by the General Medical Council. His on-screen wife Louisa (Caroline Catz), the former headmistress of the village school, is using his consulting room for her work as a child therapist, leaving receptionist Morwenna (Jessica Ransom) to seek alternative employment.

‘She’s working as a trainee estate agent and is actually more proficient than her boss,’ explains Jessica. But not everything in Morwenna’s life is rosy.

‘Her husband Al’s set up his own business operating a food truck in the village called Al’s Spice Express, and she’s having to put up with his herbs, spices and garnishes being around the house.’

Lovable Al’s latest business venture – he’s previously been a plumber’s mate, a restaurateur and a pub landlord – isn’t 100 per cent successful, and neither was filming scenes aboard The Spice Express.

‘I spend a lot of time squeezing limes and trying to look as if I know what I’m doing,’ chuckles former EastEnders actor Joe Absolom, who was nominated for a BAFTA in 2020 for his chilling performance as double killer Christopher Halliwell in ITV drama A Confession.

‘The extras keep wanting to eat the food and I have to say, “Don’t!” and the nachos get blown around in the Cornish wind.’ 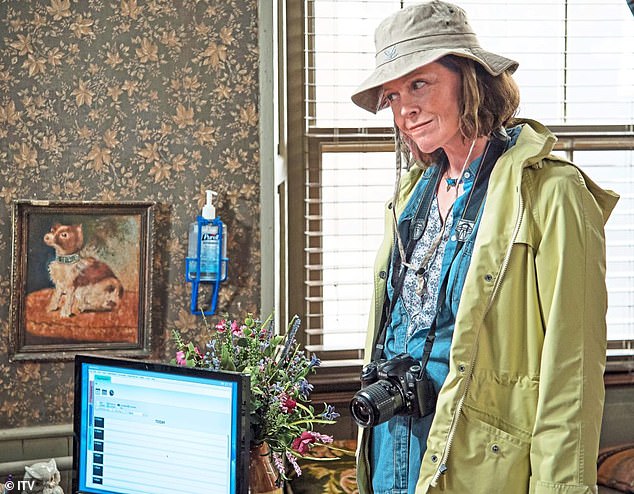 Wisely, Al doesn’t try to involve the Doc in his latest enterprise, as he has enough on his plate with Portwenn chemist Mrs Tishell inflicting an injury on herself in a bid to make her idol re – engage with medicine, and with village newcomer Abigail Gilman (Cold Feet’s Fay Ripley) suffering from a mysterious debilitating illness.

The Doc also has to cope with a double dose of fatherhood. Since the last series there’s been an addition to the Ellingham family, with baby Mary Elizabeth joining four-year-old James Henry.

The baby is named after one of Martin’s late pets, a golden cocker spaniel. ‘She was beautiful,’ says Martin quietly.

‘Whenever anybody mentions Mary Elizabeth in the programme I get a vision of that pretty little dog.’

The series will always hold strong memories for the 60-year-old actor. His daughter Emily was a toddler at a nursery close to the set when the early series were being shot. She’s now 23 and drives herself to and from Cornwall to see her parents.

Her last visit was full of emotion. ‘When she drove away from the cottage where we stay during filming she started crying because she knew it would be the final time she’d be going there and I felt guilty for bringing that on her,’ says Martin.

‘Although I’m sure we’ll come to Cornwall again.’

Might that be for some kind of prequel or sequel, or maybe even a spin-off based on Al and Morwenna? ‘Or how about an origin story, Baby Doc,’ jokes Martin.

‘Never say never,’ adds Philippa. ‘Right now we’re in the thick of it filming the final scenes, but my mind is already thinking of the spin-offs, sequels and prequels we could do. Watch this space!’