When Matt Ryan first debuted his version of the iconic DC Comics antihero John Constantine on NBC’s live-action series Constantine, fans were thrilled to see a fairly accurate portrayal of the wise-cracking occultist in pop culture (for the love of all that is holy, don’t even mention Keanu Reeves). It was just the beginning of Ryan’s complicated relationship with the character, who has turned up in all sorts of projects since NBC pulled the plug on Constantine after one season.

While Ryan’s Constantine may not have had a show of his own since those days, he’s lived on in a variety of places: as a claymation character on the web series John Con Noir, in brief arcs on Arrow and Legends of Tomorrow, in the animated movie Justice League Dark, and on his own CW Seed web series Constantine: City of Demons, which was later cut together and released as a full feature-length film. And now Ryan is back playing Constantine once more, this time for a longer stint as a series regular on Legends of Tomorrow.

But with so many different versions of the same character popping up in different places, the question of which ones are connected and considered canon for his current iteration has been plaguing fans. So when Bustle traveled to the set of Legends of Tomorrow in Vancouver, we went straight to the source to get some answers from Ryan himself. 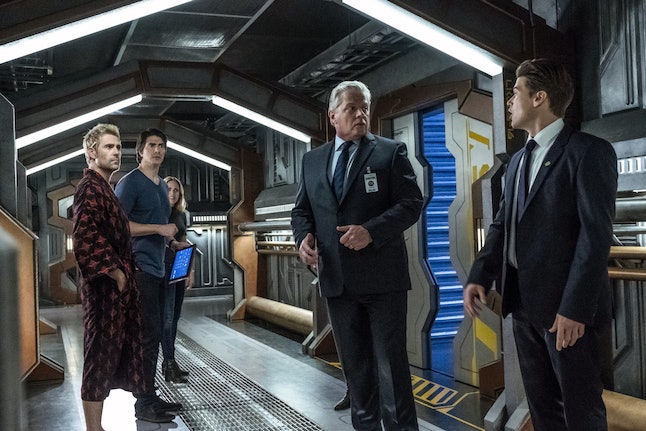 While some specific story arcs may not carry over from show to show and his history might not be exactly the same in each project, Ryan considers all of them to be canon. "In terms of the storyline we did on the NBC show with the Brujería, we won’t be getting into that [on Legends]," Ryan reveals. "But John still carries that baggage around with him. Especially the Astra storyline is so much of a driving force in John’s makeup, the fact that he damned that little girl to hell. That is definitely there. We mention that a few times."

So far, Constantine’s arc this season on Legends of Tomorrow has been one of mystery. In the few months in between last season’s finale and this season’s premiere, something dark and twisted happened to Constantine that has him running from someone (or something) hunting him. Ryan promises that reveal will be "a slow burn throughout the whole season."

"It’s in the background," he says. "It’s lingering. Why is he here? What’s going on? What’s following him? What’s after him? I think we do really see a kind of development in John on this show that we maybe didn’t get to see so much on the NBC show since we didn’t finish it." 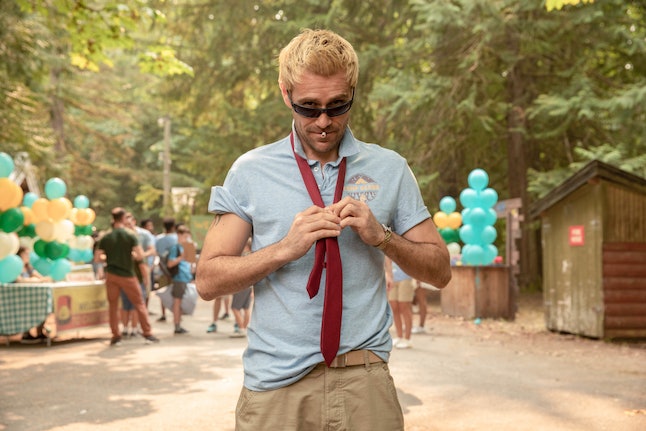 Ryan laughs as he amends that statement with, "Well, we got to the cliffhanger." Looking back on the untimely cancellation of his NBC series, Ryan continues, "We weren’t able to do the arc the writers wanted to do. I think on this show we are really going to see a nice arc for him. That’s great for me to play a full arc on a season, rather than getting cut short and not being able to ride it to the end."

While Ryan isn’t able to reveal any spoilers about who or what is after Constantine on Legends, he does promise it’s going to be a major storyline for him this season and not just a quick resolution.

"It’s part of John’s past," he teases. "The great thing is he has so many demons in the closet and so many previous relationships that have gone wrong that we can call on. That’s going to be something that we touch on. He’s definitely carrying some baggage and he’s brought some heavy baggage to the Waverider, stuff for him to work out." Could that baggage be from any of his other shows or films? At least now fans know it’s possible.