McDonald’s has added a ‘healthy’ grilled chicken wrap to its children’s Happy Meal menu after parents on Mumsnet requested a non-fried option for their youngsters.

However the new wrap contains more calories, sugar and salt than a box of four breaded chicken nuggets, McDonald’s own website reveals. 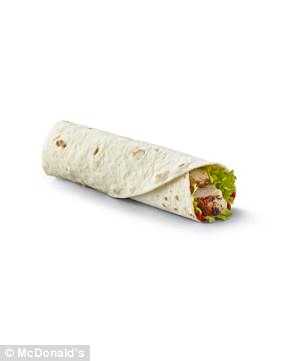 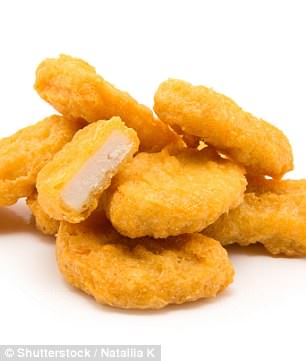 McDonald’s has added a seemingly healthier grilled chicken wrap to its list of Happy Meal menu options – but it actually contains more calories, sugar and salt than a box of chicken nuggets

McDonald’s has added a grilled chicken wrap to its Happy Meal menu after working with 1,000 Mumsnet users on new options.

Eight out of 10 said they wanted to see a non-fried option on the menu, as well as greater choice. In response to their request, McDonald’s has also made the salad in the new wrap fully customisable.

However despite seeming healthier, the new grilled wrap actually contains more than the fried chicken nuggets.

The wrap does contain less fat than the nuggets, with 2.9g compared to 8.9g. 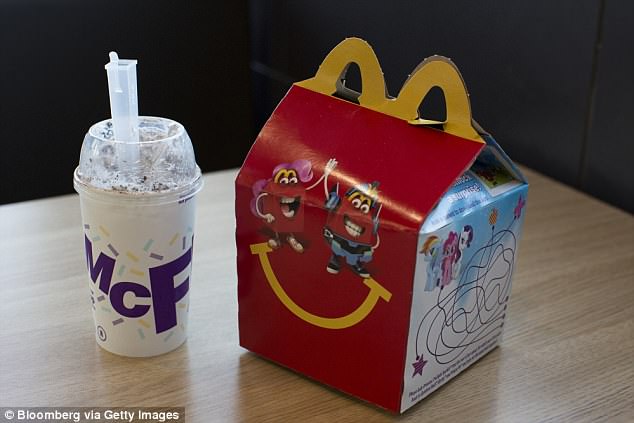 McDonald’s said it worked closely with real parents and grandparents who use Mumsnet to add the extra menu option.

It’s part of a drive to make the menu at the fast food giant slightly healthier.

It has also added healthier sides so that families can choose organic milk or water with their Happy Meals and swap out Fries for Carrot Sticks or Fruit Bags.

For fussy eaters, McDonald’s now allows parents to add or remove cucumber, onion and pickle free of charge from the new grilled wrap with tomato also available for 20p.

This is the first time the Happy Meal menu has been customisable on the kiosk and via the app for Click & Collect ordering.

Carrie Longton, co-founder of Mumsnet, said: ‘The majority of Mumsnet users that we surveyed said they wanted grilled chicken and the opportunity give their children a range of choices in what they eat, and that’s exactly what McDonald’s has delivered.

‘We’re thrilled to see a new product on the McDonald’s Happy Meal menu that Mumsnet users have played a fundamental role in developing.’

A McDonald’s spokesman said: ‘We are delighted to have worked with Mumsnet to develop a non-fried Happy Meal menu item, giving parents even greater choice when visiting our restaurants with their families.’