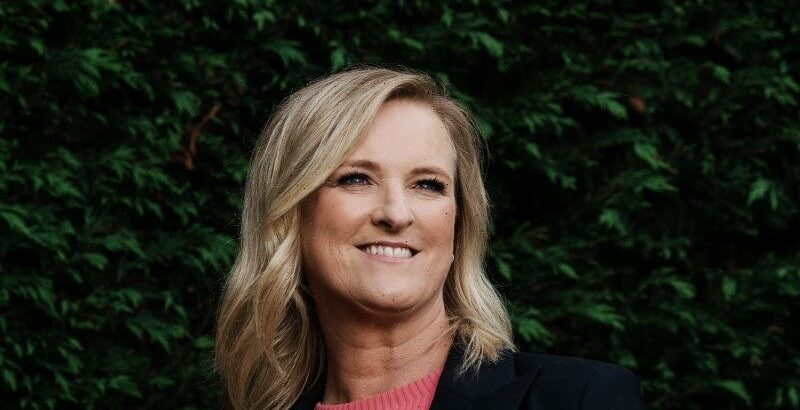 She is a former charities CEO, a Coonabarabran girl, and a self-described “working mum with three teenage kids who keep me on the hop”.

Kylea Tink is also about to become a problem for the Liberal party. 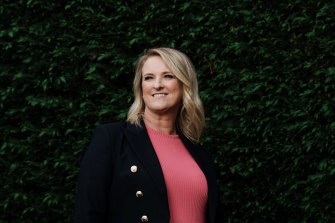 The 50-year-old Northbridge resident is the chosen candidate for the North Sydney’s Independent group, and will run at the next election against Liberal MP Trent Zimmerman, a moderate with a reputation for being a “good bloke”, but who, the group says, has the same voting record as Coalition right-wingers George Christensen and Barnaby Joyce.

“It’s as if the North Sydney voice is a rounding error in Canberra,” Tink says. “Our voices are being washed over by a bigger machine.”

Tink is the next face of a new and different machine – loose coalitions of grassroots community members in safe Liberal seats who are aghast at what they say is the Coalition’s inaction on climate change.

The North Sydney’s Independent group is loosely aligned with Voices of North Sydney (part of the “Voices Of” movement, founded by independent Cathy McGowan, who won the seat of Indi off Liberal Sophie Mirabella in 2013) and Time’s Up Trent.

Tink is hoping to pull off a Zali Steggall at next year's election and win a safe Liberal seat on behalf of local voters who list climate action as their top concern, and who believe that they never left the Liberal party, but the Liberal party left them.

The group is also working with Climate 200, a non-profit, non-partisan group led by clean energy analyst and investor Simon Holmes a Court.

Holmes a Court says Climate 200 will not deliver the majority of Tink’s campaign funding, and had no role in candidate selection.

“We are just there to level the playing field.”

The advisory board of Climate 200 includes Anna Josephson, a Swedish-born tech start-up entrepreneur who was Steggall’s chief fundraiser for her campaign against Tony Abbott. 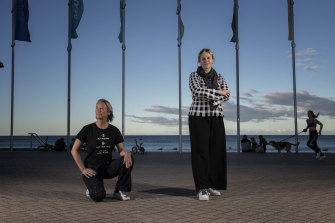 Just like Steggall, Tink will campaign largely on climate action.

“As a mum and a businesswoman and a CEO, I look at the inaction of the past decade and I can’t sit still anymore,” she says.

Tink says the government is “protecting the VHS economy while everyone else has moved onto the livestream economy”.

“We need to be embracing change as a nation rather than cowering and focusing on what is disappearing anyway.”

Climate 200-commissioned polling for North Sydney’s Independent that showed 16 per cent of voters in the seat said they would give their first preference to an unnamed independent.

Climate change and the environment was listed as the top voter concern.

Tink was born and raised in Coonabarabran by a mechanic father and a travel agent mother. Her corporate background is in communications – she was the CEO of the McGrath Foundation for six years from 2008 and then the CEO for cancer charity Camp Quality.

She has lived in the electorate for 15 years. Her two daughters go to high school in the area and her son attends university.

North Sydney’s Independent is also gleaning intelligence and strategy from the team behind Steggall’s successful campaign for Warringah, which she won from 25-year year incumbent and former prime minister Tony Abbott at the 2019 election.

Abbott had an 11 per cent margin, compared to Zimmerman’s margin of 9.3 per cent. 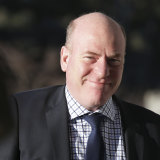 Zimmerman, the first openly gay MP in the lower house, is a “nice guy”, in Tink’s words.

“He’s just proven to be ineffective,” she says.

“When you look at Trent, he clearly has beliefs in one direction and votes in an ulterior direction.”

The other issues Tink will focus on are transparency in government – most importantly, the creation of a federal integrity commission – and gender equality and respect for women in politics.

Tink says too much decision-making is happening “behind closed doors in Canberra”.

Tink, who commits to “100 per cent transparency”, says hers is not yet a “high money campaign”, relying on volunteer labour from concerned community members and a small pool of donations.

North Sydney’s Independent will be looking to do the same in North Sydney, which is the fourth-richest electorate in the country.

They also want to encourage crowd-funded smaller donations of time and money.

The head of North Sydney’s Independent group, Kristen Lock, is a long-time local, a former nurse and a former Liberal staffer.

“We wanted a candidate with a proven track record in their career, ideally a proven record on climate integrity and gender issues, and someone with public speaking skills,” she says.

The group, which she describes as “an eclectic group of people who wouldn’t have ordinarily met”, was formed in February. The majority of members are women.