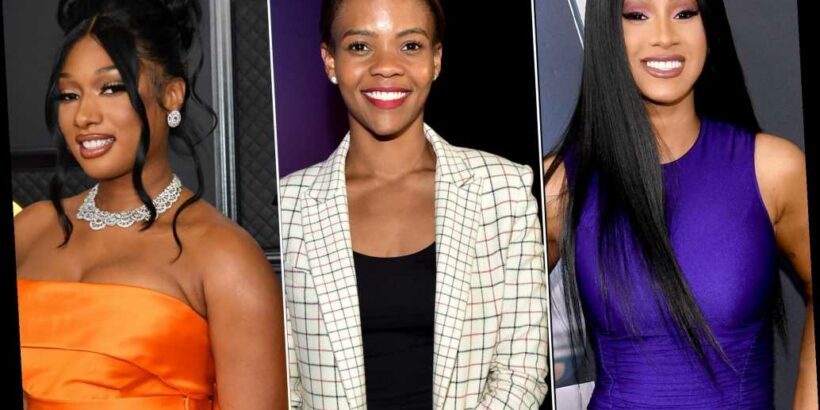 Megan Thee Stallion has a message for Candace Owens: If you don’t like what you see, change the channel.

The “Savage” rapper appeared to respond to the conservative pundit’s comments on Fox News about her risqué 2021 Grammys performance of “WAP” with Cardi B.

Owens, 31, told Tucker Carlson, “We are seeing the destruction of American values, American principles. It’s terrifying. I think parents should be terrified.”

Meanwhile, Owens and Cardi, 28, got into a bitter Twitter feud over the criticism after the “I Like It Like That” rapper implied the commentator’s husband and brother engaged in a sexual relationship.

“I am literally laughing out loud. Cardi. My dear. That is clearly a photoshopped tweet. Only one of us has a husband that sleeps around,” Owents then wrote, calling out Cardi’s hubby Offset’s past infidelity.

The “Blackout” author then threatened to sue the rapper over the alleged fake tweet, but Cardi pointed to a few specious blogs that reported on the image as if it were real.

Owens added, “Just spoke with my family. I am 100% suing Cardi for that nonsense.”