The dinner conversation you’d really like to earwig! How Meghan will FINALLY be able to thank Michelle Obama for helping to introduce her to Harry when they all go to the Clooneys’ home (… after Barack and his wife were not invited to royal wedding for ‘political reasons’) 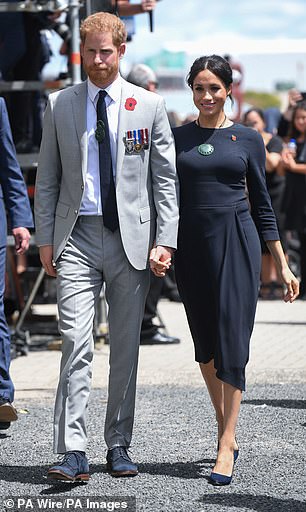 When the Duke and Duchess of Sussex visit the Clooneys’ riverside mansion in Berkshire next month, Michelle Obama will join them

It is set to be one of the most star-studded dinners ever.

When the Duke and Duchess of Sussex head to the Clooneys’ riverside mansion in Berkshire for one of their regular get-togethers next month, another VIP will be joining them – Michelle Obama.

It is Meghan’s first chance since the Royal Wedding in May to thank the former American First Lady for playing a key role in introducing her to Prince Harry.

Harry and Meghan will attend a dinner hosted by George and Amal Clooney at their £10 million home on an island in the Thames after Mrs Obama, 54, gives a talk in London to fans about her new memoir, Becoming.

The dinner party conversation will certainly be interesting. Actor and liberal activist George, 57, is an outspoken critic of President Donald Trump, and his wife Amal, 40, is a noted human rights lawyer.

It is understood that Meghan, 37, has been keen to meet up with Mrs Obama after she and Harry were steered away from inviting her and husband Barack, the former US President, to their wedding for ‘political reasons’. 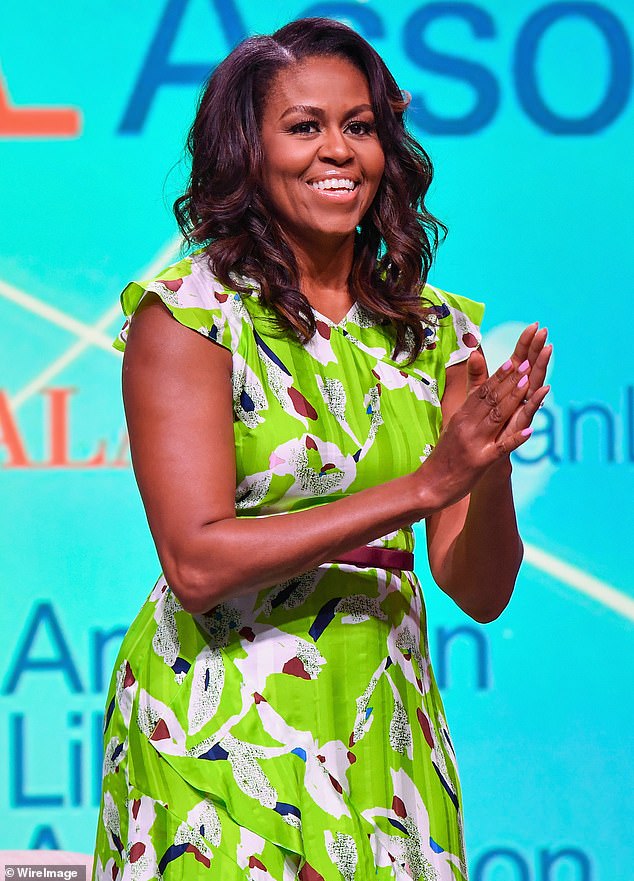 A source told The Mail on Sunday: ‘Michelle is keen to see the Clooneys when she is in the UK, as she and Barack are very close to George.

‘She also wants to see Harry and Meghan as she was very disappointed not to have been able to attend the wedding and wants to check in on them.

‘She was instrumental in introducing Harry and Meghan and feels a responsibility to see how they are getting on, as well as celebrate the news they are about to become parents.’ 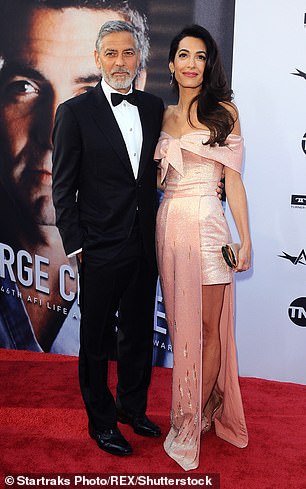 Actor and liberal activist George, 57, is an outspoken critic of President Donald Trump, and his wife Amal, 40, is a noted human rights lawyer

The dinner, scheduled for December 4, is the day after Mrs Obama’s appearance at London’s Southbank Centre.

She will then fly back to America to continue her book tour there.

The dinner is just one of the engagements being packed into her three-day trip to Britain. Negotiations are under way for her to be interviewed on Sky and the BBC.

She is also believed to be meeting a group of schoolchildren, although this has yet to be confirmed.

She said: ‘I felt like I failed because I didn’t know how common miscarriages were because we don’t talk about them.’

Mrs Obama also confessed she and Barack, 57, have couples counselling when they ‘need it’.