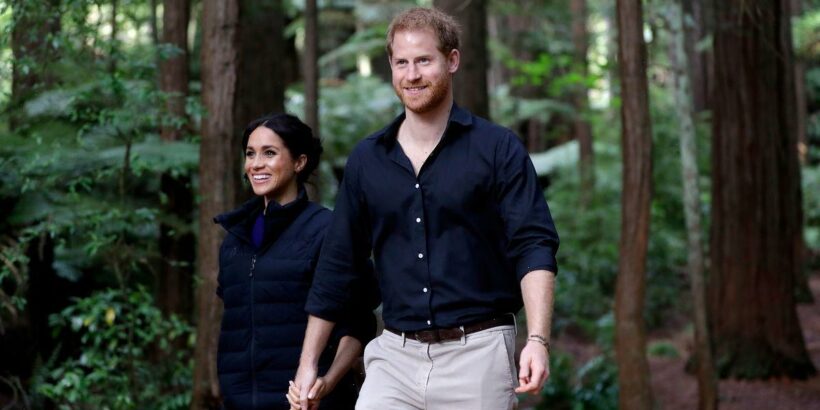 A royal expert has accused Prince Harry and Meghan Markle of "breathtaking entitlement" over their newborn daughter's christening.

Rumours suggest the Duke and Duchess of Sussex have requested a formal christening for baby Lilibet at Windsor Castle, Robert Jobson reports.

Writing in The Mirror, he said: "Now there is talk – as she is already older than her brother Archie was when he was christened – that they are pushing for a ceremony in the private chapel at Windsor Castle.

"To some, the Duke and Duchess of Sussex's sense of entitlement might seem breathtaking.

"They seem to be blissfully unaware of the mayhem their behaviour has caused the Queen, the monarchy and the Royal Family."

Harry and Meghan’s decision to name their second child Lilibet was considered by many an attempt heal their rift with the Royal Family.

The BBC reported that the couple had not consulted the Queen about the name Lilibet – something the Sussexes went on to dispute.

Buckingham Palace stayed silent on the matter from then on.

The news comes as palace staff were reportedly "stunned" by the "sheer nerve" of Meghan and Harry's plans to visit the Queen in the next few months.

The couple are reportedly keen to introduce their baby daughter Lili to her namesake great grandmother before Christmas.

"Harry and Meghan have made this offer but a lot of people are shocked by the sheer nerve of it. They may genuinely want to see the Queen but it's breathtaking given what they've put her through this year," a source told The Sun.

"Her Majesty's staff have not responded so far. In fact there has also been discussion about Christmas and whether an invitation should be sent out to Harry and Meghan, after they spurned one last year.

"The Queen is still very fond of Harry, and would love to see Lilibet and her brother Archie. But courtiers are surprised by the move, especially from Meghan, after what has happened."

According to reports, the Sussexes have offered to fly in to see the Royal Family and consider it an 'olive branch'.

If they do make the trip, it will be Meghan's first visit to the UK since Megxit.

The couple welcomed their second child Lilibet in June, shortly after Harry returned to the UK alone for Prince Philip's funeral.

For the latest updates on the Royal Family, sign up to OK!'s daily newsletter.