While many narratives mark the moment you say "yes" to spending the rest of your life with the person of your dreams as the happily ever after part of the romance, I’d argue that the moment when you’re officially in with the family carries the most weight in terms of a couple’s future. I mean, let’s be real. When you’re marrying someone, you’re not just marrying them; you’re marrying their entire family. That’s true for us commoners and it’s especially true for the royals. One moment shared by Meghan Markle and Prince William at the Anzac Day commemoration service on Wednesday, Apr. 25 proved that getting in with the family definitely isn’t an issue for Prince Harry’s bride-to-be.

Now that we have the backstory on the holiday, let’s dive right into the adorable moment shared by the future in-laws. To honor Anzac Day, William, Harry, and Markle all attended a commemorative service at Westminster Abbey.

Upon arrival, William and Markle were already looking super chummy. I mean, seriously. Just look at them. 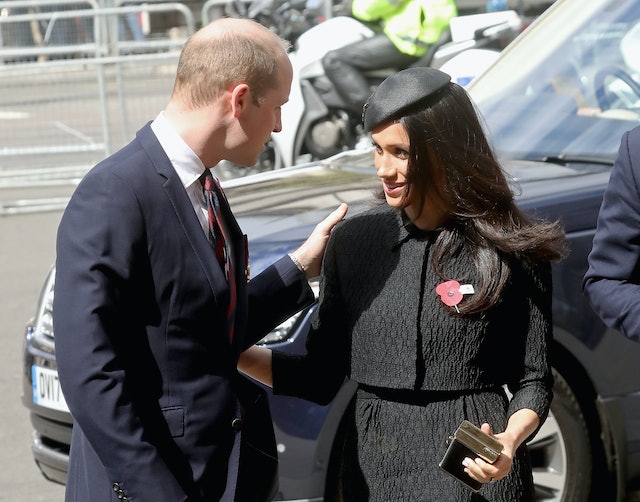 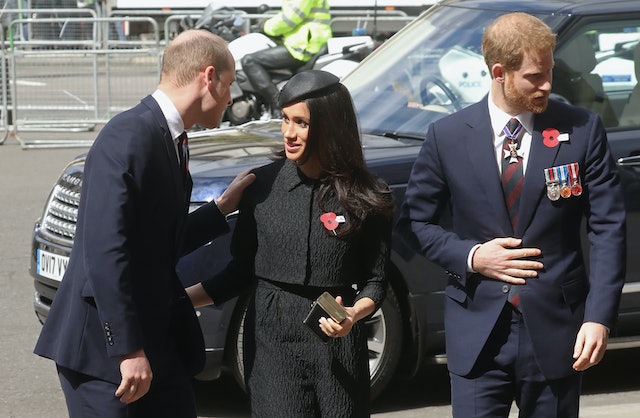 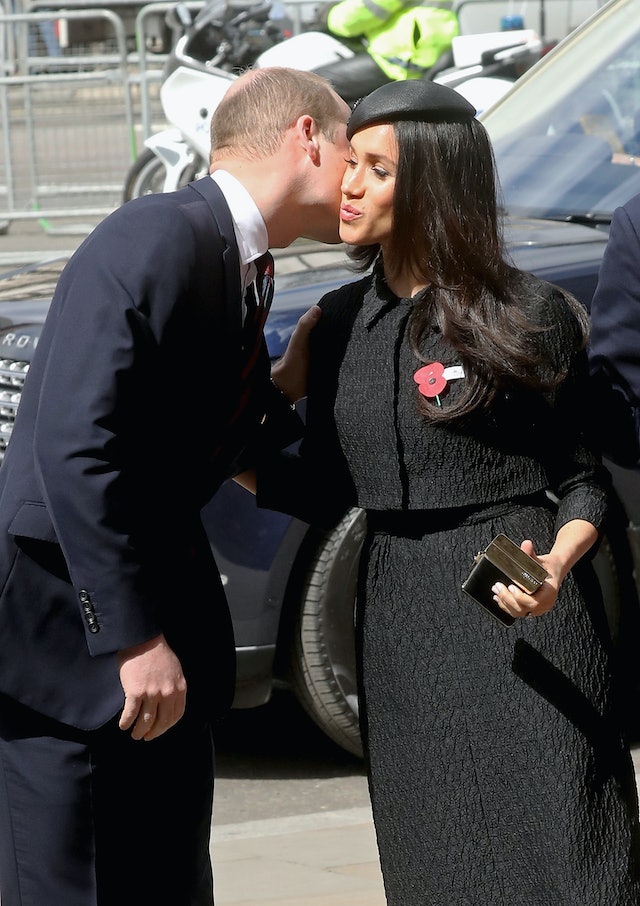 Needless to say, people all over Twitter are gushing about the pictures of the two.

William hasn’t been shy about his fondness for his future sister-in-law in the past. When Markle and Harry announced their engagement, he responded by saying, "we’re very excited and delighted for them both, and wish them all the happiness in this very exciting time."

In the same statement, he continued to tell the reporter about all of the great times Harry and Markle have ahead of them:

In a more formal statement, Prince William and Kate said: "We are very excited for Harry and Meghan. It has been wonderful getting toknow Meghan and to see how happy she and Harry are together."

As if that all wasn’t adorable enough, Kensington Palace announced this morning that Harry has officially asked William to serve as best man at his wedding.

I don’t know about you but I, personally, am looking forward to a bright future filled with plenty of double dates shared between the two royal couples.