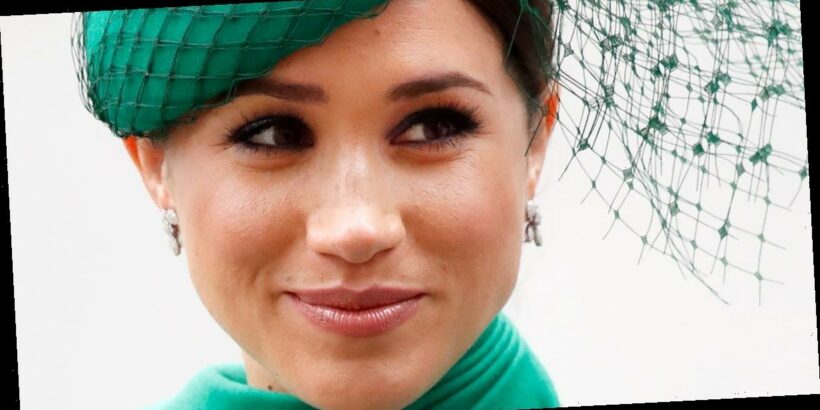 Buying presents can be hard at the best of the times, but it sounds like Meghan Markle was tasked with a very hard job when it came to Christmas gifts once.

The stunning star, who recently unveiled hers and Prince Harry's Christmas card, was invited to spend Christmas with the royals at Sandringham after hers and Harry’s engagement and she had to embrace the family’s festive traditions as a result.

And one of the traditions sees the members of the royal family buying humorous and playful gifts for each other, to then exchange them on Christmas Eve.

Whisperings in the past were that Kate Middleton had bought Prince Harry a ‘Grow You Own Girlfriend’ kit back in his single days, and it seems Meghan did a great job of buying her gift for Prince William.

In the biography by Carolyn Durand and Omid Scobie named Finding Freedom, which revolves around the married lives of the Duke and Duchess of Sussex, it was reported that she was tasked with the job of buying Prince William a joke gift.

And it sounds like Meghan really excelled at the playful task, as Finding Freedom goes on to state: “At least one of her gifts was a huge hit – a spoon for William that had 'cereal killer' embossed on the shallow bowl end of the utensil."

We’d love to have been a fly on the wall during the exchange of the royal family’s joke gifts!

And according to Scobie and Durand the buying of the joke present comes with a fair amount of pressure attached.

They wrote that it it’s like “an audition like no other,” adding that Meghan wanted to “impress her royal relatives.”

The royals typically exchange their Christmas gifts on Christmas Eve in a nod to their German heritage.

The royal website reads that they’ll “lay out their presents on trestle tables and will exchange their gifts at teatime.”

Yet since Kate Middleton and Prince William’s children, Prince George, Louis and Princess Charlotte have come into the equation, it seems traditions have changed slightly.

Now, they open just the one gift on Christmas Eve, saving the rest for the big day.

Kate said the children had been “up very early” on Christmas morning to open their presents in the past.

Kate told Mary Berry while on TV show A Berry Royal Christmas: “William’s family’s tradition is to open one present on Christmas eve, which is really lovely.”