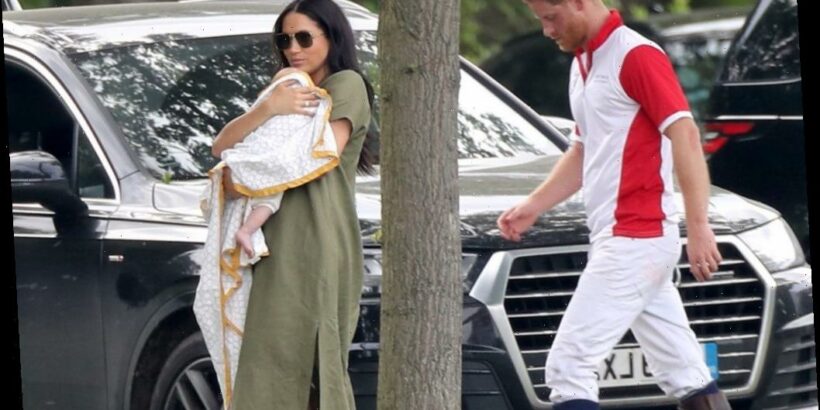 Meghan, Duchess of Sussex recently gave an explosive interview to Oprah Winfrey. She revealed many behind-the-scenes secrets about her life as a royal. One such information that was divulged concerned her son, Archie.

During the interview, Meghan talked about the royal family not giving her son security for various reasons. Although she implied that this decision was unfair for her and her family, a royal source calls the complaint “stupid.”

What did Meghan Markle say about her son not getting security?

“They said [he’s not going to get security], because he’s not going to be a prince,” she said, as reported by Elle. “Okay, well, he needs to be safe so we’re not saying don’t make him a prince or princess, but if you’re saying the title is what’s going to affect that protection, we haven’t created this monster machine around us in terms of clickbait and tabloid fodder you’ve allowed that to happen which means our son needs to be safe.”

She also alluded to her biracial background possibly being the explanation for this situation, saying that “all around this same time we had in tandem the conversation of he won’t be given security, he’s not going to be given a title, and also concerns and conversations about how dark his skin might be when he’s born.”

Why a royal source says Meghan Markle’s complaint was ‘stupid’

While Buckingham Palace has released a statement saying it will look into the racial issues Meghan brought up, other people denounce her security complaint as unfounded.

For one thing, Archie as a newborn would not be going anywhere by himself, which means protection for Meghan and Harry would have been enough.

“The point they were making was stupid,” one source familiar with royal security tells The Times. “A baby that can’t crawl wouldn’t get protection in its own right. It doesn’t need it. The baby doesn’t go anywhere independently, it’s with Harry and Meghan all the time.”

Furthermore, the news outlet notes that security arrangements for royals are made based on threat assessment conducted by the Joint Terrorism Analysis Centre (JTAC). In recent years, there have been cutbacks on tax-funded security and, as such, not every royal will be eligible for tax-funded security.

“JTAC do threat assessments for anyone of any note and they obviously know who has targeted who in the past so certain individuals have been targeted by certain terror groups and their threat level is moderate high or very high,” a police source says. “The leading royals all get protection but again done on a threat assessment basis.”

Meghan Markle and Prince Harry are not entitled to royal security in the U.S.

During the interview, Prince Harry also noted that it was a “shock” to him when his security arrangement was removed after he and Meghan moved to Canada and, subsequently, the United States.

The police insider tells The Times that this was expected for someone who willingly stepped down as a senior royal and moved to another continent.

“If you cease to be a royal, you lose your HRH and you go to another country like America, your threat level is going to reduce quite considerably because basically, who wants to kill you?” the source says. You’re not a royal. It still will exist — there still will be a threat against Meghan and Harry but it won’t be high.”

According to Dai Davies, who worked for the police division responsible for royal protection, if Meghan and Harry are facing threats in the U.S., their security arrangement should be left up to the FBI and local police forces.