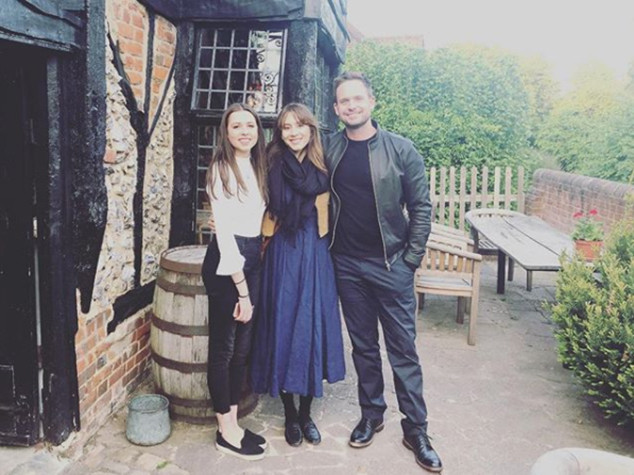 The countdown is officially on for Prince Harry to marry the actress and philanthropist at St. George’s Chapel inside Windsor Castle.

And while the guest list (that includes close to 600 people) remains top-secret, a few famous Suits stars have descended onto London just in time for the romantic ceremony.

Patrick J Adams took to Instagram Thursday afternoon and revealed a trip to The Royal Standard of England was on his agenda during his getaway.

“Happy 18th birthday, @clare.stephenson_” he wrote on the social media site. “Thanks for taking us to our new favorite bar.” 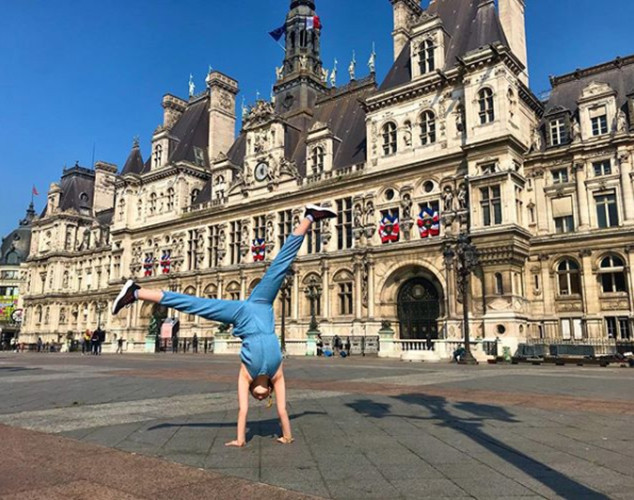 As for Sarah Rafferty, she has been enjoying a few days in Paris that have included tea at Hotel Le Meurice and cartwheels in the streets. That beautiful view of the Eifel Tower isn’t so bad either.

“Something tells me they’re not going to forget this. #paris #views thank you @plaza_athenee,” the actress wrote on Instagram.

Gabriel Macht and his wife Jacinda Barrett have also been taking in the sights around the British capital including a stop in Hyde Park.

Rick Hoffman tried to be a little more cryptic when he told fans he was “excited” to be “heading easy for some special event.” Hmmmm.

While Meghan left the USA series after seven years, the bride-to-be still has plenty of fond memories of the show. And yes, she built friendships with some co-stars that could last a lifetime.

“We were very, very fortunate to have that sort of longevity on a series,” Meghan previously shared. “I’ve ticked this box, and I feel very proud of the work I’ve done there, and now it’s time to work with [Harry] as a team.”

We’re looking forward to Saturday and crossing our fingers for one special Suits reunion.

(E! and USA are part of the NBCUniversal family)