With another year coming to a close, it’s time to look back and reflect on all that’s happened in 2018.

In the past 12 months alone, the royal family grew in more ways than, movies like “Crazy Rich Asians” and “Black Panther” made cinematic history, and women harnessed their power via #MeToo and other movements to unite and empower each other.

Here’s a look back at the top 10 moments this year in entertainment:

It was a big year for celebrity nuptials and no wedding was bigger this year then Meghan Markle and Prince Harry’s gorgeous wedding at Windsor Castle earlier this year.

Markle wore a white wedding dress designed by Clare Waight Keller and her mother, Doria Ragland, rode with her in the car on the way to St. George’s Chapel. It was a breathtaking scene indeed. 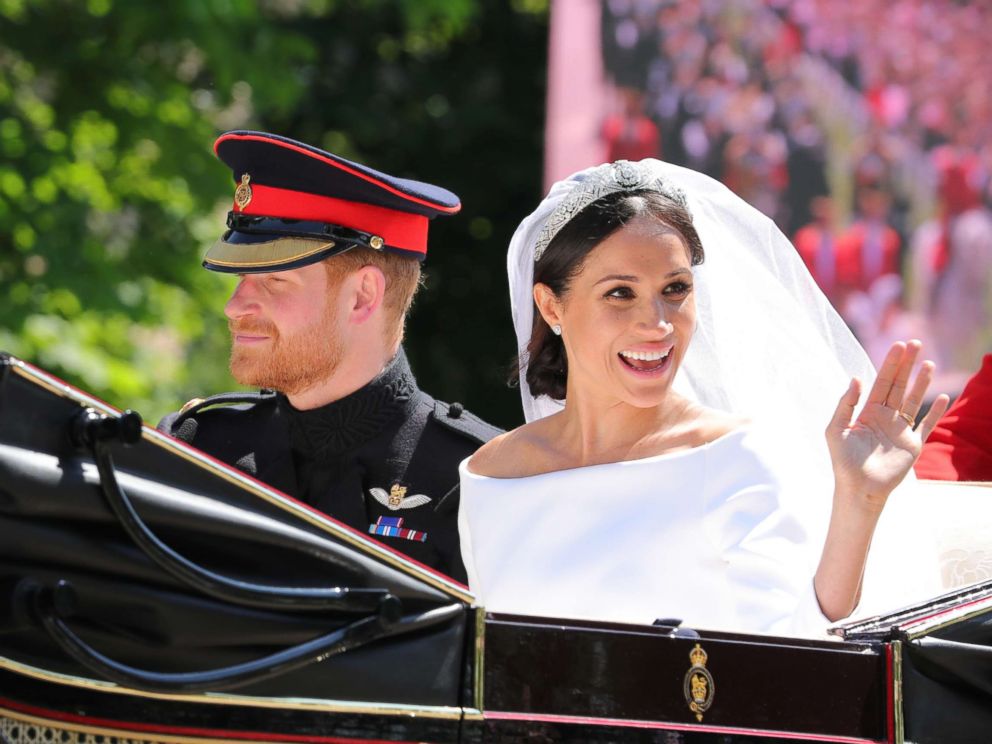 During the wedding, Prince Harry could be seen telling his bride, “You look amazing. I’m so lucky.”

In addition to Meghan and Harry, Princess Eugenie and Jack Brooksbank tied the knot in October, Mandy Moore and Taylor Goldsmith got married last month, and Karlie Kloss and Joshua Kushner also made it official.

Earlier this month, Priyanka Chopra and Nick Jonas closed out an exciting 2018 with a wedding for the ages in India.

The duo were married during two ceremonies, where a traditional dance battle, the Sangeet, between the families took place, in addition to many other incredible details.

This is us. My family… Everyone in head to toe @ralphlauren – thank you, we love you!! The most gorgeous jewels ?? by @chopard And…thank you @sabyasachiofficial for creating my epic Indian lehenga and stunning jewelry. @abujanisandeepkhosla thank you for designing the most memorable settings for all our ceremonies ??

Jonas posted after the wedding, “What an amazing start to a lifetime!!”

The Duke and Duchess of Cambridge (Prince William and Princess Kate) welcomed their third child, Prince Louis, who joins Prince George and Princes Charlotte in the growing family.

The baby is known as His Royal Highness Prince Louis of Cambridge.

In addition, Harry and Markle announced in October that they were expecting their first child.

Kensington Palace announced the news on Twitter and lit the internet ablaze with excitement. She is due in the spring.

This year was certainly the year women harnessed the power of their unified voices.

#MeToo continued to thrive with a number of high-profile take downs of actors, producers and more.

Also in September, beleaguered comedian Bill Cosby was sentenced to three to 10 years in state prison by a Pennsylvania judge.

The sentence came after a re-trial for the comedian, attended by about a dozen women who accused Cosby of sexual assault, including Andrea Constand, whom he was convicted of assaulting in his suburban Philadelphia home in 2004. 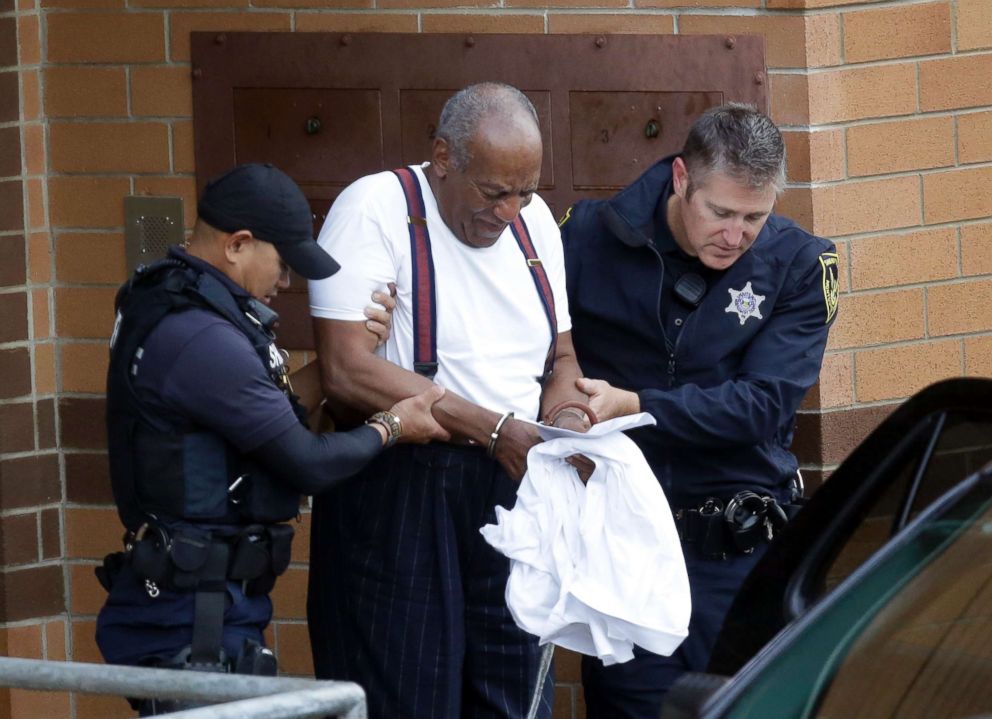 O’Neill ordered Cosby to serve the sentence in “total confinement” for “no less than 3 years and no more than 10 years.”

“This has been a long journey for justice for all of the accusers, particularly for Andrea Constand and her family,” said attorney Gloria Allred, who represents 33 women who have accused Cosby of sexual abuse. “This is an important day. Judgment day has come.”

Furthermore, disgraced producer Harvey Weinstein turned himself into police in New York City in May to face criminal charges brought by the Manhattan District Attorney’s office.

Over the past year, Weinstein had been accused by dozens of women for sexual assault and harassment. He has denied all allegations of non-consensual sex.

“This indictment brings the defendant another step closer to accountability for the crimes of violence with which he is now charged. Our office will try this case not in the press, but in the courtroom where it belongs,” Manhattan District Attorney Cyrus R. Vance Jr. said at the time.

Ashley Judd, who was one of the first batch of Weinstein accusers, tweeted a statement that called the charges “a watershed event.” Another accuser, Oscar winner Mira Sorvino, added a one-word hashtag, “#Justice.”

In May, a perceived racist tweet from Roseanne Barr resulted in the cancellation of her hit sitcom.

Barr made a comment that included a reference to “Planet of the Apes” and Valerie Jarrett, a former senior adviser to President Barack Obama. She later took down the tweet and wrote an apology.

“I am truly sorry for making a bad joke about her politics and her looks,” she wrote in the tweet. “I should have known better. Forgive me — my joke was in bad taste.”

The apology didn’t save the show and the fallout included weeks of Barr tweeting to fans and giving interviews about the situation. Barr said she thought Jarrett was white and was definitely not trying to be a racist.

The show, minus Barr, was later rebooted as “The Conners.”

In the push for diversity and inclusion, two movies really led the way in 2018.

In February, “Black Panther” dominated box offices, as the fictional country of Wakanda delighted both fans and non-fans of the superhero genre.

The film starring Chadwick Boseman, Michael B. Jordan and more earned more than $1.3 million globally at the box office. #WakandaForever!

In August, “Crazy Rich Asians” also dominated culture and movie goers, who were treated to an all-Asian cast and a fun, wild ride of a film.

Sadly, the year wasn’t just about those who tied the knot or got together, but the celebs that also called it quits.

Jennifer Aniston and Justin Theroux decided to separate, releasing a statement that read, “We are two best friends who have decided to part ways as a couple, but look forward to continuing our cherished friendship.”

Also Pete Davidson and Ariana Grande both got engaged than called it quits in the same year. She later put out a song titled “thank u, next” about her exes.

Others that split in 2018 include Cardi B and Offset, Paris Hilton and Chris Zylka, Kaitlyn Bristowe and Shawn Booth, Nikki Bella and John Cena and many more.

7. Aretha, Stan, Miller and more we lost this year.

The world said goodbye to icons in 2018, as the incomparable Aretha Franklin died in August at the age of 76 and comics legend Stan Lee died last month at the age of 95.

Franklin died after a battle with pancreatic cancer and was later honored during a 7-hour funeral celebration of her life. 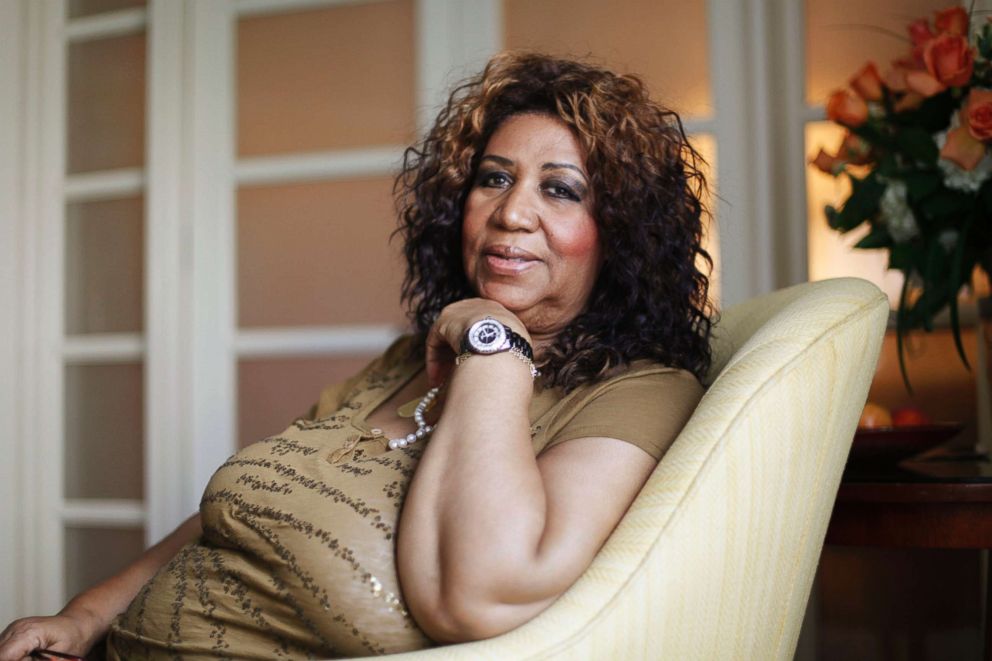 The likes of former President Bill Clinton, the Rev. Jesse Jackson, Al Sharpton, Tyler Perry and many, many more spoke about not only the untouchable talent that Franklin had, but more about the caring, loving friend and woman she was.

Mental illness also became a widely discussed topic this year as both Kate Spade and Anthony Bourdain took their own lives.

The loss of both a beloved fashion designer and charismatic chef so close in time frame catapulted mental illness into the zeitgeist and had people like Lady Gaga working to break the stigma of the affliction and educate the masses more about it in order to save lives.

Kim Kardashian West made headlines this summer for using her star power to convince President Donald Trump to pardon Alice Marie Johnson, a 63-year-old grandmother, who had been sentenced to a life sentence after being convicted in a drug trafficking case — her first offense.

ABC News sources said in May that Kardashian West had connected with President Donald Trump’s son-in-law and senior adviser Jared Kushner via phone about potentially pardoning and eventually releasing Johnson.

She later met Trump and Kushner at the White House to advocate on Johnson’s behalf.

A week later, Trump commuted Johnson’s sentence and she was set free.

Kardashian West wasn’t the only celebrity championing a cause. Taylor Swift and Oprah Winfrey both campaigned during the recent midterm elections. 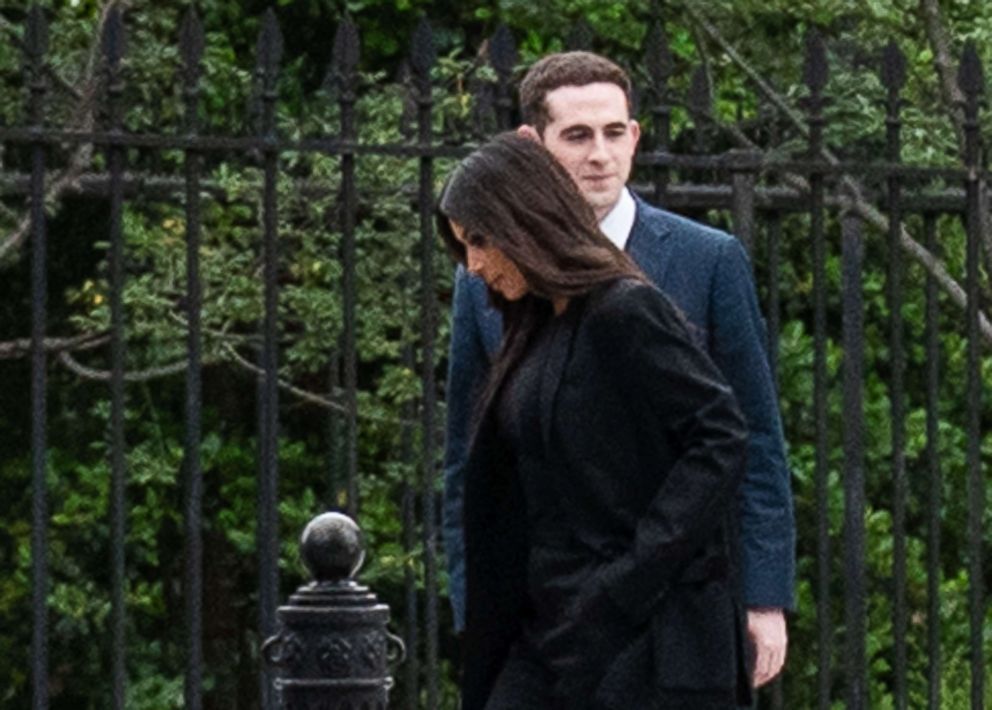 Swift broke her trend of being unbiased when it came to politics and endorsed a Democratic candidate for Tennessee Senate, though he eventually lost.

“In the past I’ve been reluctant to publicly voice my political opinions, but due to several events in my life and in the world in the past two years, I feel very differently about that now,” the ten-time Grammy Award winner wrote. “I always have and always will cast my vote based on which candidate will protect and fight for the human rights I believe we all deserve in this country.”