Has Meghan been practising her royal wave? The new Duchess of Sussex looks regal as she enjoys Trooping The Colour with Prince Harry

Her excitable wave in engagement photos with Prince Harry back in December was not quite royal-ready.

But when all eyes were on the Duchess of Sussex today at the Trooping The Colour ceremony with her new husband, she showcased a much more regal version.

Meghan gave a polished and poised wave to thrilled crowds as she made her way through London with Prince Harry in an open-top carriage. 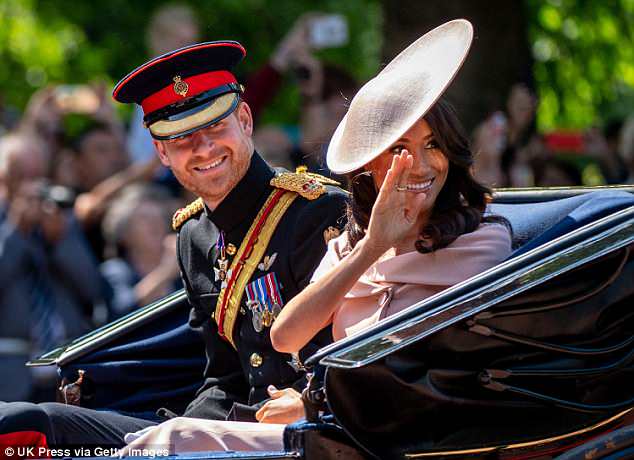 Royal wave: Meghan was pictured fine tuning her royal wave alongside a grinning Harry at Buckingham Palace this morning 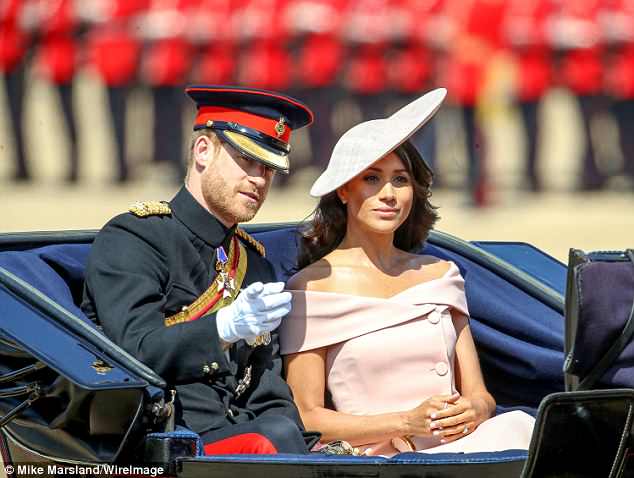 Fresh from their showstopping wedding three weeks ago, Meghan and Prince Harry will today pay tribute to the Queen at the spectacular Trooping The Colour ceremony

This was the pair’s first formal engagement since their showstopping wedding in May – and comes after their rumoured mini-honeymoon in Canada.

Dazzling crowds with a beaming smile, they made their way to Whitehall’s Horse Guards Parade for the ceremony to mark the Queen’s 92nd birthday.

All eyes were on Meghan’s stunning white wedding gown by Clare Waight Keller for Givenchy on her wedding day.

And the Duchess did not disappoint with her latest wardrobe choice. 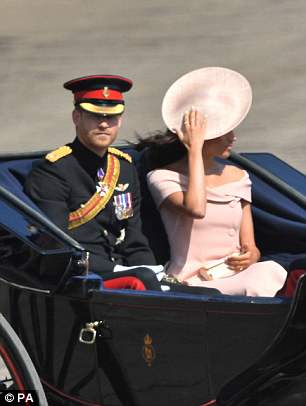 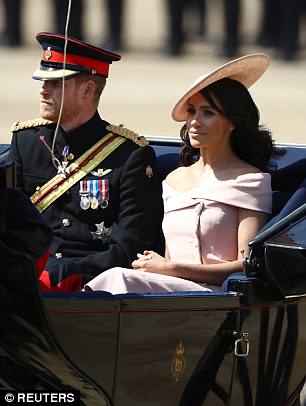 The Duke and Duchess of Sussex make their way to the ceremony. Afterwards the Royal Family will head back to Buckingham Palace and gather on the balcony to watch the RAF fly past 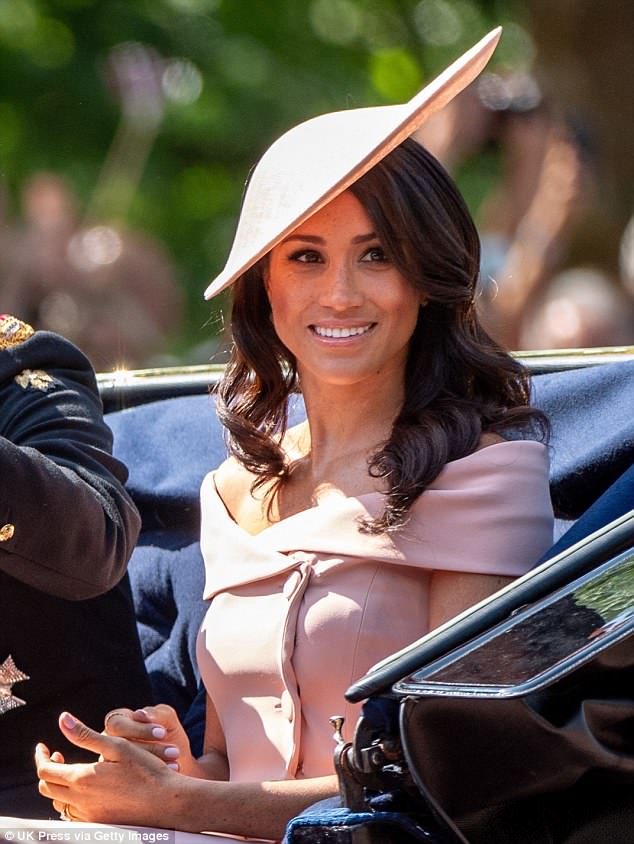 Pretty in pink: Meghan dazzled in a sophisticated pastel pink gown which showed off her elegant long neck

Stylish as ever, she opted for a ‘pretty in pink’ vibe with a sophisticated off-the-shoulder pastel dress by Carolina Herrera – a favourite designer among the royals.

She teamed the frock with an angular hat by Philip Treacy in a matching hue to complete the look. 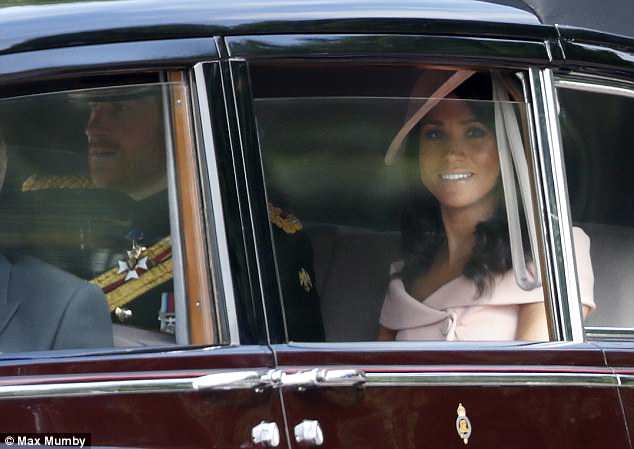