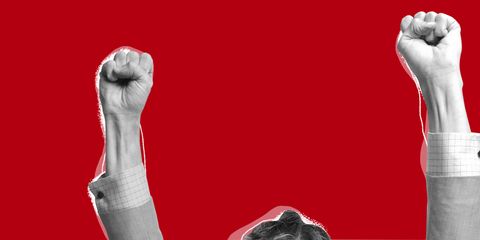 In light of the #MeToo movement, we hear a lot from men about how allegations ruin lives.

Al Franken is considering a return to politics after being caught on camera groping a woman and being accused of harassment by half a dozen others. Matt Lauer is supposedly also aiming for a return to television and his co-workers believe that “a comeback is possible”. Charlie Rose is planning to host a show where he interviews men “brought down” by the #MeToo movement. I can only imagine this will be to indicate that you can sexually harass eight women and not be “brought down” to a point where you stop hosting TV shows.

Meanwhile, Brock Turner, the former Stanford University swimmer who received an incredibly light sentence after being convicted of sexually assaulting an unconscious woman, just appealed the conviction claiming that he only sought “outercourse.” His biggest punishment seemed to be that he lost a swimming scholarship and had to register as a sex offender which seems like a reasonable thing to do if you are, in fact, a sex offender. Mercifully, he did not actually win that appeal, but you would think that Brock Turner might want to stay out of the spotlight for at least a year.

I’m all for forgiveness, but it’s hard to believe that after six or so months any one of these men has really changed in a way that means they’ve made amends. There’s nothing to indicate that they’ve been through counseling, worked with women or done much of anything to show they’re a changed person. If they have comebacks now, we’re telling them that the only punishment for harassing women is that you have to take a time out and sit in your mansion for a while before returning.

“The only punishment for harassing women is that you have to take a time out and sit in your mansion for a while before returning.”

Women who experience sexual harassment have careers that are derailed forever. As for the notion that they get fame in exchange for revealing the behavior of these men—go ahead, name one of Charlie Rose’s accusers without Googling them. I’ll wait.

Women deserve to see these men at least attempt to change.

Not that this has been something expected of men in the past. As Vox points out, these men will be following in the footsteps of actors like Mel Gibson. In 2010, tapes leaked of Gibson’s treatment of his girlfriend Oksana Grigorieva, who accused him of breaking her teeth while she was carrying their infant daughter. They contained excerpts like:

He also told her “if you get raped by a pack of niggers it’ll be your fault” and threatens to burn down the house with her inside.

Mel Gibson most recently starred in Daddy’s Home 2, where he played the cool dad of Mark Wahlberg, a man who committed hate crimes. It was a movie for kids which grossed $30 million at the box office. That seems to indicate that audiences didn’t care what they’d done. If their kids grow up thinking that a man who beats his girlfriend is super cool, well, that’s fine.

That is not my personal opinion. Maybe if these guys were pioneering cancer doctors I’d say we have to overlook their transgressions and let them get back to work ASAP for the common good. But they’re not even the best entertainers we have. I really believe that we can find another elderly man who does not expose himself to people who will do about as good a job as Charlie Rose.

“Women have comebacks, too—but the standards for bad behavior are lower, and the time they have to wait before coming back are higher.”

Women have comebacks, too, of course. But the standards for bad behavior are lower, and the time they have to wait before coming back are higher. It took Winona Ryder 15 years to have a comeback after a shoplifting incident. Britney Spears “lost everything” a decade ago because one day she shaved off all her hair on camera. Presumably the harm inflicted here was limited exclusively to her own hair follicles.

Men’s essentially immediate redemption in the face of far graver behavior points to something so terrifying that women perhaps never even considered it.

Women used to worry that if they told their stories they would not be heard, or believed. Now, we face a more terrifying truth: women’s stories might be heard. They might be believed. And it might simply not result in any consequences, because society simply does not care what happens to women.

If we accept that, then we’ll be in a worse place than we ever were before.