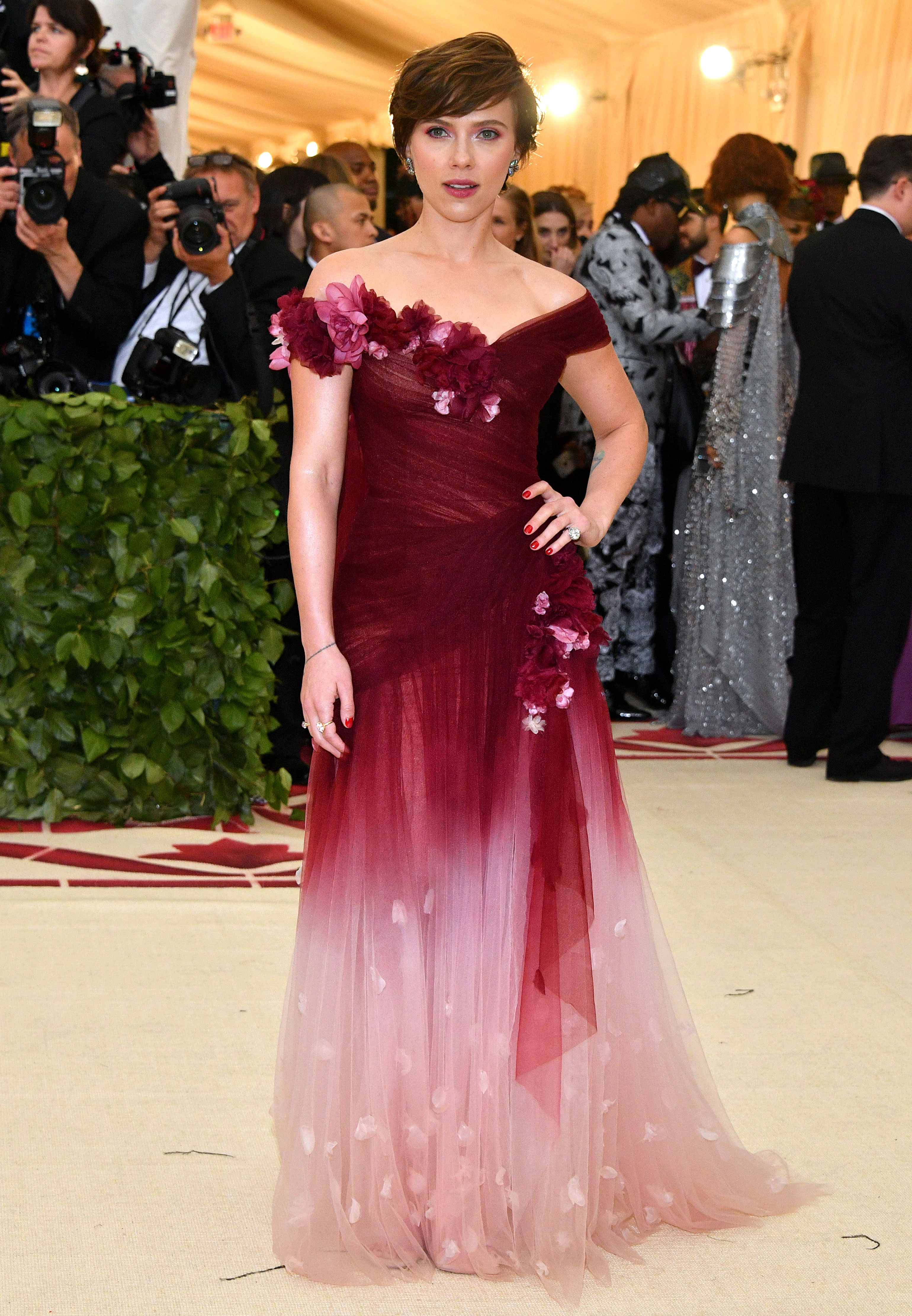 There were plenty of head-turning dresses on the 2018 Met Gala red carpet on Monday, May 7, but one turned heads for more reasons than one: Scarlett Johansson’s red Marchesa frock. The gown, designed by the fashion label co-created by Harvey Weinstein’s ex-wife Georgina Chapman, raised some eyebrows, and now both the actress and brand have responded to Us.

On Tuesday, the actress, who is a vocal supporter of the Time’s Up movement, said in a statement, “I wore Marchesa because their clothes make women feel confident and beautiful and it is my pleasure to support a brand created by two incredibly talented and important female designers.”

The brand, meanwhile, was equally effusive in its praise of Johansson. In a separate statement to Us, the fashion house said, “We are truly honored that Scarlett chose to wear Marchesa for the Met Gala. She is an amazingly talented actor who has incredible style and presence. It was wonderful to work so closely with her in creating this custom look.”

While Marchesa has long been a fan of A-listers, the brand has appeared little (if at all) on the red carpet since the allegations against Weinstein heated up last fall.

Since then, questions surrounding the future of the label, which cancelled its 2018 bridal presentation and held a digital-only preview of its fall-winter 2018 collection, have lingered, but it looks as though it may be ready to re-enter the spotlight with fans like ScarJo leading the way.