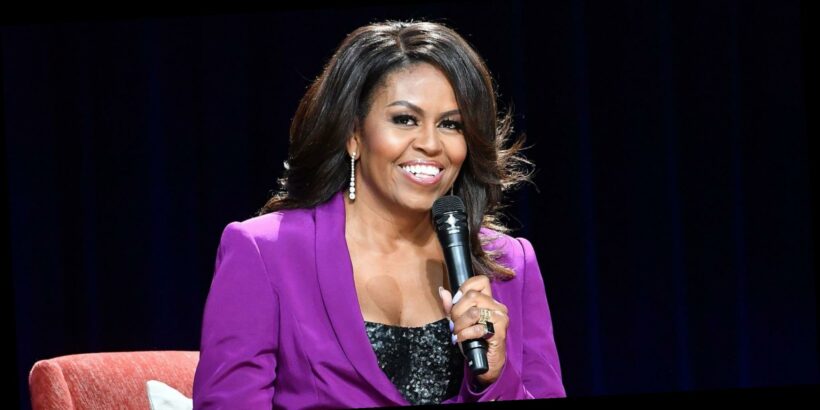 The former first lady and author of “Becoming” revealed that the first thing she’d tell young people is to “be patient with yourself.”

“All young people are trying on different versions, different voices — they’re learning more about their intellect, learning about what they love, what they’re good at, what they like,” Obama said. “This is the period of exploration, right?”

She said that when she was a teen and adults asked her the age-old question of what she wanted to be, she hated it — because a 13-year-old's job isn’t to have all the answers, but to instead give themselves the space to figure things out.

Part of that process is experimenting and connecting with a range of friends, Obama said, especially those who, on a surface-level, seem different from you.

These sentiments resonated with 13-year-old Wade, who's already had her own revelations about friendship. At one point, she shared, she only wanted to hang out with people who seemed similar to her. But now, her best friend of four years is "very different," and she couldn't be happier that she didn't let those differences come between them.

"Getting a different perspective from someone who isn’t like you really helps," Wade said. "It definitely helped me in becoming me and defining my truth. And she actually really helped me to become a better ‘myself.'"

More than anything, Obama hopes that teenagers "learn how to do something new…and things that make you uncomfortable."

"No matter how confident you feel, by the time you're my age — almost 60 — you will have tried on so many different versions of yourself," she said. "Hopefully I have more things to try on. So the journey of learning and becoming who you are — it never ends."