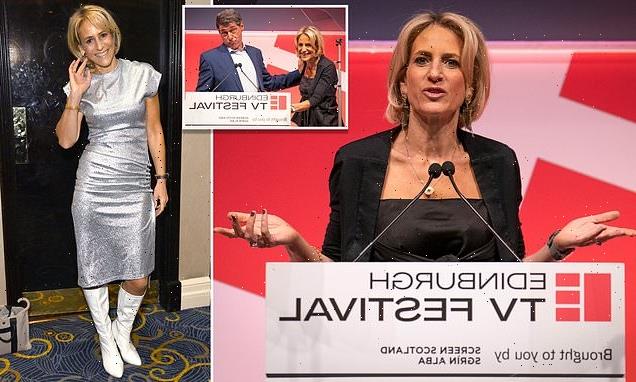 Why the only voice that Emily Maitlis wants you to hear is her own: The ex-Newsnight presenter’s attack on ‘both-sideism’ at the BBC is typical of those who despise true democracy, writes MICK HUME

Following her big speech at the Edinburgh Television Festival this week, former BBC Newsnight presenter Emily Maitlis has been celebrated as a potential saviour of liberal journalism — and even democracy itself — from the ‘evils’ of populism and Brexit.

Excited groupies in the Remainer bastions of social media hailed her as both ‘a ****ing God’ and ‘a Goddess’ (gender identity bases covered) and declared: ‘All hail Emily Maitlis!’

Do us a favour. In truth, Maitlis’s deranged sermon revealed her to be the embodiment of all that is worst about the smug, self-righteous BBC, a broadcaster which has abandoned any notion of objective reporting in favour of partisan tub-thumping.

Worse, it confirmed how the elitist outlook she personifies poses a threat to both media freedom and democracy, the pillars of modern liberal Britain.

Maitlis delivered the prestigious James MacTaggart Memorial Lecture in front of a receptive audience of the great and good of radio and TV news. 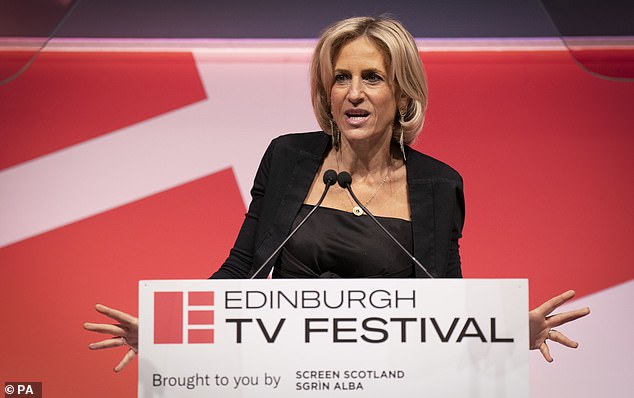 So far as the real world outside was concerned, however, her lecture might better have been called ‘Emily In Wonderland And Through The Looking Glass’.

Because, as in Lewis Carroll’s books about Alice, the fantasy world Maitlis sketched out turned reality on its head.

She depicted the BBC — that all too often comes across as the Boris-Bashing Corporation — as somehow being in thrall to the Conservatives. And the BBC that has consistently fought as the flagship of the Remainstream media, she instead imagined as being too soft on Brexit.

According to Maitlis, the BBC’s coverage of the Tory Government has been distorted by the presence of Sir Robbie Gibb, ‘an active agent of the Conservative Party, a former Downing Street spin doctor’ on the corporation’s board. 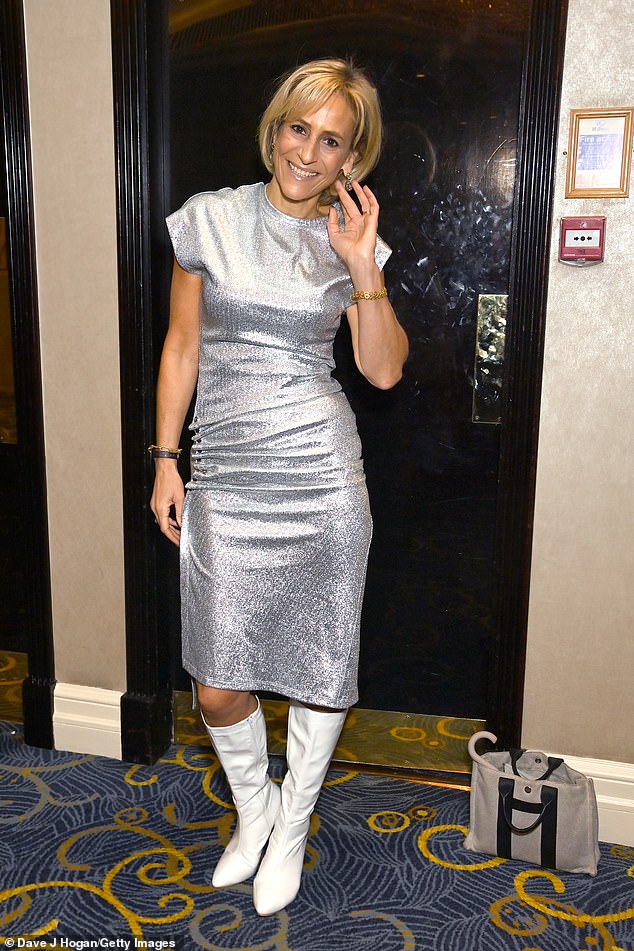 ‘According to Remainer Emily, speaking from the other side of the looking glass this week, the BBC failed to expose the Leave campaign properly during the 2016 referendum and has since been part of the ‘wall of silence around Brexit’ and the harm it has done.’

Maitlis even approvingly quoted Labour deputy leader Angela Rayner’s claim of ‘Tory cronyism’ at the heart of the BBC. (She made no mention of the role of former New Labour culture secretary James Purnell as the BBC’s director of strategy, digital and radio until 2020, but perhaps it’s only cronyism if it’s Conservative.)

This Tory cronyism, Maitlis implied, explained why the BBC was so quick to distance itself from her rant about Dominic Cummings’s infamous lockdown trip to Durham, when she appointed herself judge, jury and executioner in declaring that Cummings, then Boris Johnson’s most senior adviser, ‘broke the rules — the country can see that and it’s shocked the Government cannot’.

The message is that she and her cronies should be allowed to hold forth from the BBC pulpit on the sins of the Tories without interference from anyone. 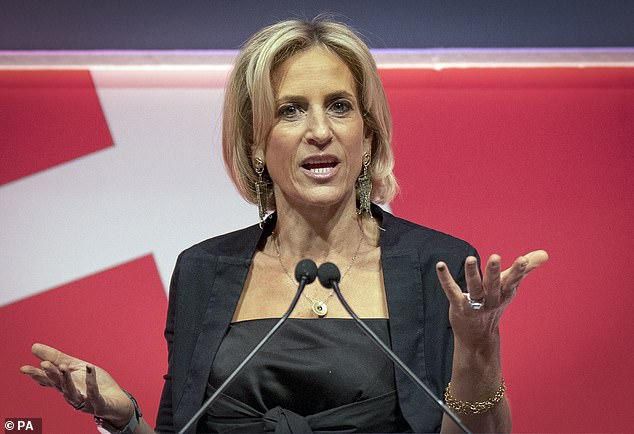 ‘Maitlis’s deranged sermon revealed her to be the embodiment of all that is worst about the smug, self-righteous BBC, a broadcaster which has abandoned any notion of objective reporting in favour of partisan tub-thumping.’ Mick Hume writes 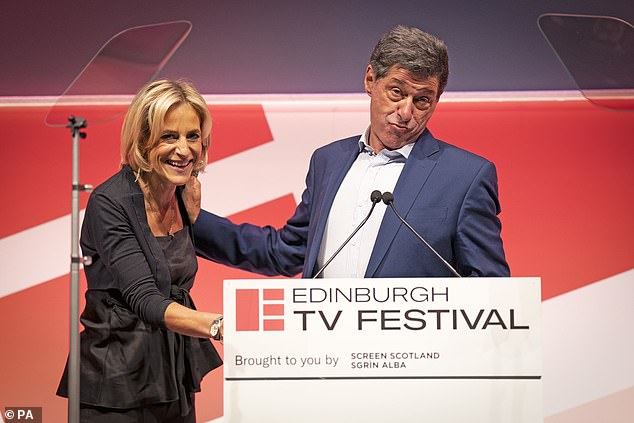 No one who followed the BBC’s obsessive campaign to bring down Johnson’s Government essentially over petty scandals such as ‘Partygate’ could take this stuff seriously.

BBC Two’s Newsnight, which Maitlis fronted, and Radio 4’s Today programme were in the front line of attempts to incite a coup against Boris ever since he won an overwhelming majority at the General Election. Yet her fantastic claims of Tory control over the BBC have been cheered by the liberal-Left across social media. It’s the same fantasy story with Brexit.

According to Remainer Emily, speaking from the other side of the looking glass this week, the BBC failed to expose the Leave campaign properly during the 2016 referendum and has since been part of the ‘wall of silence around Brexit’ and the harm it has done.

She notably claimed that, during the referendum campaign, her BBC producers needed ‘five minutes to find 60 economists who fear Brexit and five hours to find a sole economist who espoused it’. Yet on air, they ‘simply had one of each!’. That looks to some of us like proof that UK economists, like every other branch of the Establishment, were overwhelmingly political conformists who acted as part of ‘Project Fear’, inflating the danger of Brexit to try to scare us into voting Remain.

As a breed, they have never quite recovered from the humiliation they suffered when 364 of their number signed a letter to The Times stating that there was ‘no basis in economic theory or supporting evidence’ for the course Mrs Thatcher pursued in the early 1980s. History has not judged their ‘wisdom’ kindly.

For Maitlis, however, her experience is evidence of the BBC’s mistaken policy of ‘both sideism’ on issues such as Brexit. 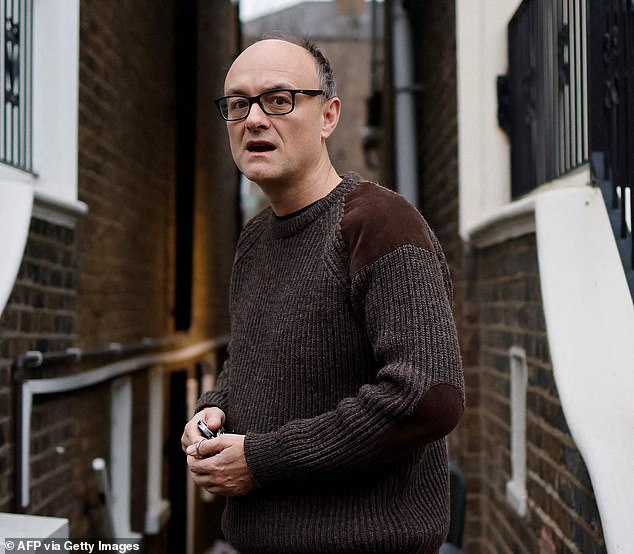 Maitlis ‘appointed herself judge, jury and executioner in declaring that Dominic Cummings (pictured), then Boris Johnson’s most senior adviser, ‘broke the rules — the country can see that and it’s shocked the Government cannot,’ Mick Hume writes

The clear implication is that the ‘wrong’ side of that divide should not have been allowed airtime. Now, she insists, the BBC and other journalists should break through the ‘wall of silence around Brexit’ and tell the truth about ‘the obvious economic cause’ of our current problems. To which an objective journalist might ask: if Brexit is the obvious cause of the crisis, how come the European Union is also in deep trouble, with the euro collapsing, the Italian economy imploding and Germany heading for recession?

For the un-objective Emily, however, the real problem is rather that journalists are too afraid to tell the terrible truth, for fear of being smeared by Brexiteers as ‘pessimistic, anti-populist or, worse still, unpatriotic’. Wherever could they get such ideas from? Possibly from sitting through her pessimistic, anti-populist 50-minute Edinburgh dirge. The fantasy world created by Ms Maitlis might be funny if its implications for media freedom and democracy were not so serious.

Her argument against ‘both-sideism’ is essentially a call to limit free debate in the media, rejecting any traditional lip-service to balance or objectivity in BBC news coverage. Her claim that she and other BBC journalists have been too ‘terrified we will be seen as biased’ sounds like a demand for more explicit bias, only in favour of the ‘correct’ side of the argument, effectively censoring ideas she doesn’t like.

Maitlis even complained that, by allowing populist supporters of Brexit or former U.S. President Trump on to news programmes, the BBC was ‘offering a platform to the very people telling the public to distrust our news’. Is that a call to import student union-style No Platform policies and cancel culture into the heart of the news? And they wonder why people of an open mind might increasingly distrust the BBC . . .

This slippery, backdoor attack on media freedom and openness is also an assault on democracy. Maitlis’s lecture and its rapturous reception confirmed that the liberal elites remain obsessed with the problems of ‘populism’, Brexit and the election of Trump. They still cannot get over the fact that millions of people refuse to follow instructions and vote the way they are told to.

She complained about how the usual sources of authority in our society — from the judiciary and the Civil Service to the BBC and the electoral commission, aka The Establishment — are now ‘vulnerable’ to attacks from populist politicians. Politicians, moreover, go around ‘privileging alternative sources of authority’.

What she actually means by such academic gobbledygook is that Brexiteers have the nerve to refer to ‘the will of the people’ because they won a historic 17.4 million Leave votes, while Johnson dared to claim a ‘personal mandate’ because he won 14 million votes for his pledge to get Brexit done. What do millions of such misinformed voters matter compared with the views of expert economists on Newsnight? 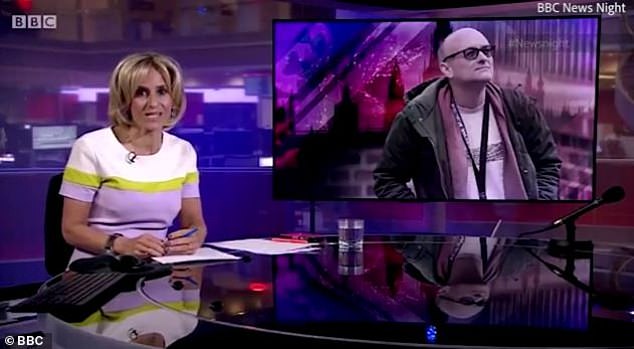 ‘BBC Two’s Newsnight, which Maitlis fronted, and Radio 4’s Today programme were in the front line of attempts to incite a coup against Boris ever since he won an overwhelming majority at the General Election,’ writes Mick Hume

Or, as Maitlis demanded during a previous Newsnight debate about Brexit, in a clip that has been doing the rounds this week: ‘At what point do you say, actually, democracy is not as important as the future economy and stability and prosperity of the country?’

A willingness to ‘privilege’ stability over democracy has long been the hallmark of illiberal types of every political stripe.

When Maitlis and her fan club whinge about ‘populism’, they mean popular democracy, outside the control of liberal elites and institutions.

The Cambridge Dictionary defines populism as ‘political ideas and activities that are intended to get the support of ordinary people by giving them what they want’. Goodness, we can’t have that, can we?

She wants the news media to play a much more active role as ‘mediators’ between the people and the politicians, to ensure that the public are receiving the right message.

When another BBC Leftie, former political editor Andrew Marr, quit the corporation last year, he was pleased to announce that, by leaving the public broadcaster’s restrictive standards behind, ‘I’ve got my voice back’. Marr then made the most of his newfound freedom to comment by becoming political editor of the Labour Party’s house journal, the New Statesman.

Emily Maitlis, on the other hand, apparently expects the BBC and the rest of the media to speak with one voice — the voice of the ‘God/Goddess’ of the Tory-loathing, democracy-fearing Remainer Twitterati.