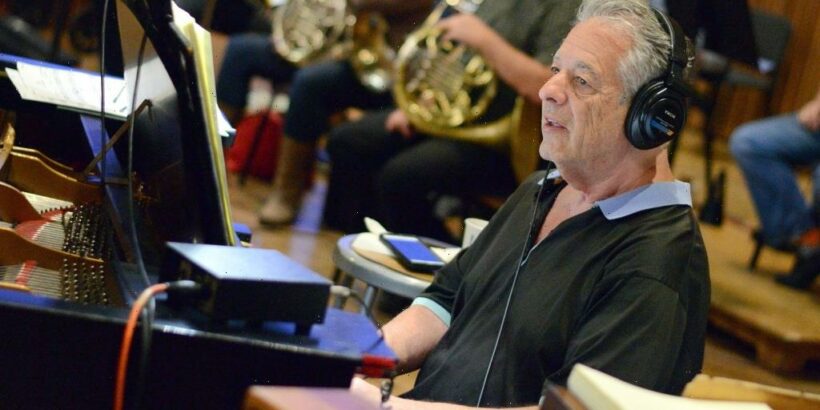 Mike Lang, one of the preeminent pianists in Hollywood history, died of lung cancer Friday morning at his home in Studio City. He was 80.

Lang played piano (or organ, harpsichord or celeste) on an estimated 2,000 film and TV scores dating back to the mid-1960s, including scores by virtually every great film composer of the past 50 years: John Williams (“Close Encounters of the Third Kind,” “Catch Me If You Can”), Jerry Goldsmith (“Gremlins,” “The Russia House”), John Barry (“Body Heat,” “The Specialist”), Henry Mancini (“10”), Alex North (“The Shoes of the Fisherman”), Elmer Bernstein (“The Rainmaker”), Miklós Rózsa (“Dead Men Don’t Wear Plaid”) and many others.

Composer Lalo Schifrin (“Mission: Impossible”) was among Lang’s earliest champions in Hollywood, adding Lang’s piano to what eventually became the Grammy-winning Paul Horn album “Jazz Suite on the Mass Texts” in 1965. Lang played piano for Schifrin on dozens of subsequent albums and film scores including the Oscar-nominated “The Competition” and “The Sting II.”

Composer Howard, also a pianist, told Variety: “Mike was a dear friend, colleague and teacher, gifted with monumental talent. Anyone who knew him would agree there was never a more gracious, humble and brilliant musician – a musician’s musician.”

Lang’s hundreds of TV credits as keyboardist ranged from “The Waltons” and “Kung Fu” in the 1970s to such later shows as “Amazing Stories,” “The Simpsons,” “Frasier,” “Penny Dreadful,” “Family Guy,” “American Dad” and “The Orville.”

Interviewed last year for the “Legacy of John Williams” podcast, Lang reflected on his process: “The music itself tells me how to relate to it. I have a sound in my head. I play as an improviser, even if I’m playing Beethoven. I’m hearing the music as if it’s in Beethoven’s head. When I get it to match, so that the real sound comes out of the piano and it matches [what’s in] my head, the piano disappears. It’s a facilitator for me. The last thing I think about is, ‘I am a pianist.’ I try to make the music breathe, be vocal and expressive, and to that end the piano loses its identity.”

He was born Michael Herbert Lang on Dec. 10, 1941, in Los Angeles (but changed his name, many years later, to Michael Anthony Lang), the son of Jennings Lang, an agent who later became a producer of such Universal films as “Earthquake” and “Airport 1975.”

Mike Lang began piano lessons at age 4 1/2 and eventually studied music with L.A. composers Leonard Stein and George Tremblay, studio pianist Pearl Kaufman, and Schifrin. He graduated with a music degree from the University of Michigan in 1963.

In addition to his studio work, Lang often played jazz clubs in the L.A. area including Donte’s, Shelly’s Manne Hole, the Baked Potato and other venues. He later produced albums for his stepmother, singer-actress Monica Lewis and, in 1994, issued his first solo album on the Varèse Sarabande label, a collection of Henry Mancini songs he arranged and performed titled “Days of Wine and Roses.”

In July 2019 he played a sold-out Piano Spheres concert at the Colburn School’s Zipper Hall that earned a rave from the L.A. Times: “one of L.A.’s great known unknowns, a pianist and composer who doesn’t often get the spotlight… Lang reminds us of the seldom recognized but significant intersection between contemporary music and Hollywood… the revelation here was hearing our city’s musical identity in a single voice.”