Grown-up Miley Cyrus is the best Miley Cyrus, you guys. She just seems so chill and funny and comfortable in her own skin. Case in point: The "Malibu" singer posted a series of epic TBTs on her Instagram Story on March 10, and I seriously can’t stop clicking through. The nostalgia is just so real. There’s Miley with Ashley Tisdale backstage at TRL. Miley in her Hannah Montana wig with Vanessa Hudgens. Miley with Demi Lovato and Selena Gomez at the 2008 Teen Choice Awards. I mean, they are all so, so good. But Miley Cyrus and Hailey Baldwin’s throwback photo is probably my favorite one. Because like the singer wrote in her caption: it’s "100."

OK, so what happened was this: Miley apparently decided to post pics of some of her fave females in honor of International Women’s Day, which took place on Friday, March 8.

"Girls are so dope," she captioned a pic of herself with Millie Bobbie Brown. Then she added the hashtag #womensday to a shot featuring her former Hannah Montana co-star, Emily Osment. Was she two days late? Well, yeah. Maybe she never got the memo…? JK, JK. Miley knew she was a little tardy to the IWD party, but she definitely didn’t care.

Anyway, as I said before, the pic of Miley with Mrs. Bieber was def one of my faves, because it’s just so, well… normal. For one thing, the girls look like they’re 12 in it. Hailey is smiling and sticking her tongue out to the side (because of course she is), and Miley’s rocking a Burberry plaid newsboy cap, closed eyes, and what looks like a serious case of the giggles. 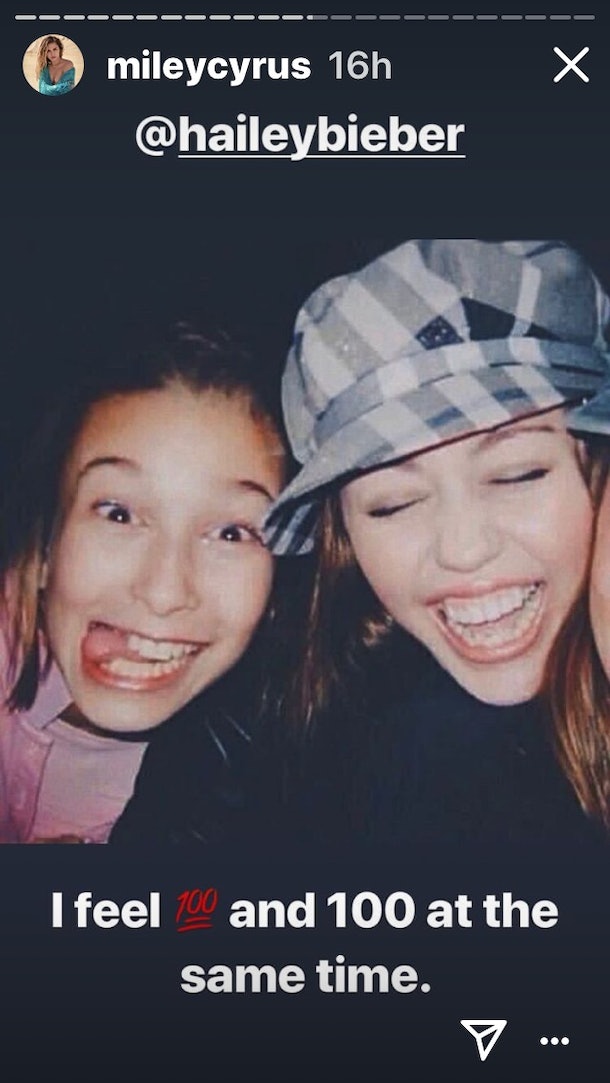 It’s so cute, right? But I gotta know — is Hailey the one who’s responsible for Miley’s signature pose?

These two have been friends forever, you know. Don’t worry — I didn’t realize this was the case until last December, when Miley crashed an episode of Carpool Karaoke that featured Hailey and Kendall Jenner.

"I’ve known you since you were 11," Hailey told Miley during the ep.

See, Miley was besties with Hailey’s older sister, Alaia, and the two of them apparently refused to let Hailey hang with them.

"She would try to play with us, like me and Alaia," Cyrus said, "and then we would lock her out of the room and be evil."

"It made you who you are, you know," Miley told her. "It made you stronger. Now you can always take the trolls and sh*t ’cause I was such a troll."

Leave it to Miley to find a silver lining.

Check out the throwback Cyrus shared with Emily Osment: 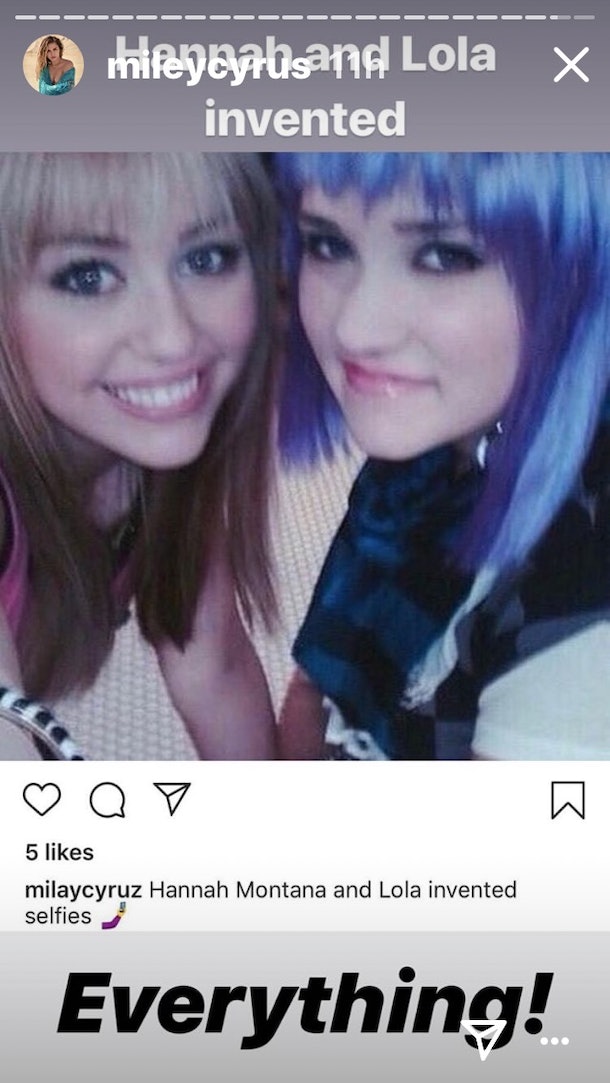 And here she is "defining an era" with Demi Lovato: 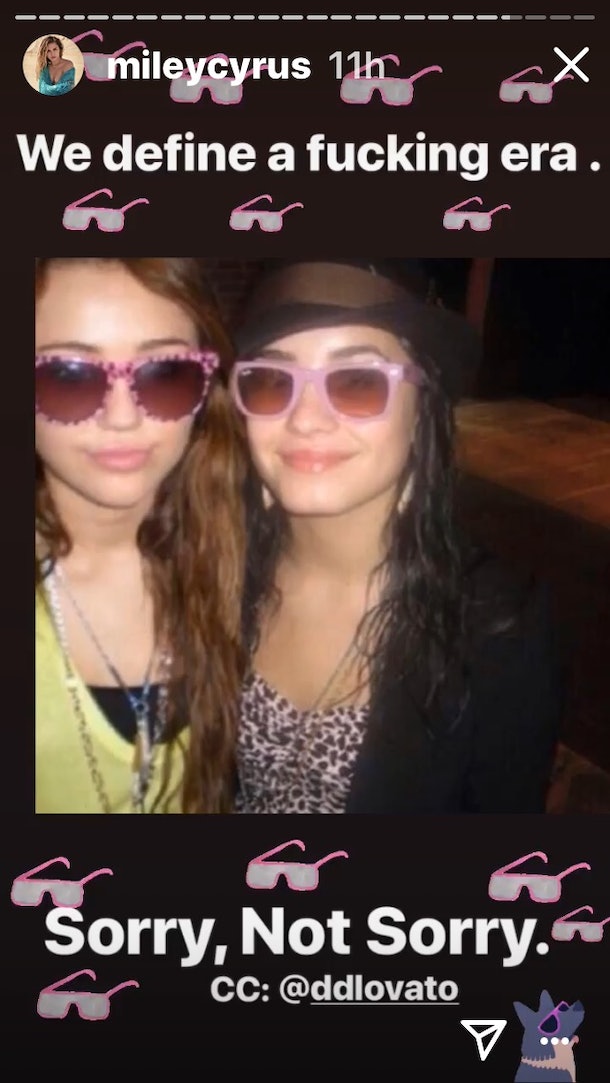 Ugh, I miss the early aughts so much.

At least the Jonas Brothers are back.