Seeing Miley Cyrus and Liam Hemsworth being cute together isn’t — well — an unordinary sight, if you ask me. However, you may have heard that the "Malibu" singer and Hunger Games actor recently tied the knot to make things official, and to be completely honest, I don’t think I’ve ever seen either of them looking happier. In fact, Miley Cyrus and Liam Hemsworth’s first event as husband and wife was pretty special, and it further proved that they are — in fact — 100 percent perfect for each other.

Over the weekend on Saturday, Jan. 26, Hemsworth and Cyrus made their first official appearance together as an ~officially married couple~ *cue applause.* According to People, the Australian actor was being honored at the G’Day USA Black Tie Gala, where he gave a speech. Then, towards the end, as you would probably expect, Hemsworth shouted out his newly wedded wife in the cutest way possible. Trust me: it definitely didn’t disappoint.

According to People, towards the end of his speech, Hemsworth said: “Thank you to my beautiful wife." He continued, saying: "You are a sweet, sweet angel. You’re great, you’re great."

Obviously, Miley responded by cheering him on, and being the sassy and perfect human she is, she was heard making some incredibly endearing commentary. For example, according to People, Cyrus’ response to Hemsworth’s shoutout was, “more about me!” LOL.

Hemsworth’s saucy response, according to People, was: “Yeah, I’ll tell you later.” 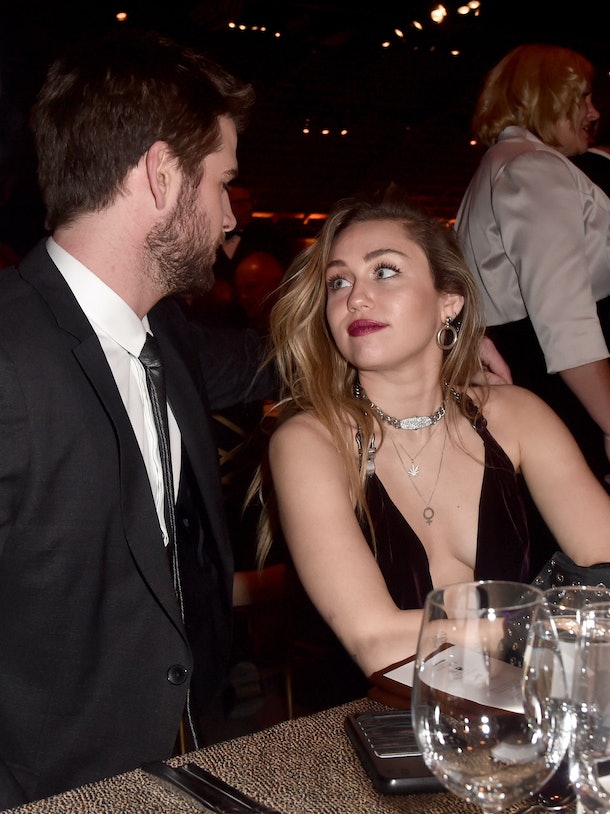 UGH, Cyrus and Hemsworth are seriously the best couple ever, and between you and me, I’ve been shipping them since they first met on the set of The Last Song, like, nine years ago #SorryNotSorry.

In addition to her affectionate heckling, the "Nothing Breaks Like A Heart" singer took to Instagram to express her pride and love for her super talented hubby after the event ended on Saturday, Jan. 26. The beautiful photo was taken at the gala, and it involved lots smizing, smoldering, and — of course — a whole lot of love.

Cyrus’ Instagram caption read: "Date night ❤️ OUT and ready to party with the MR." 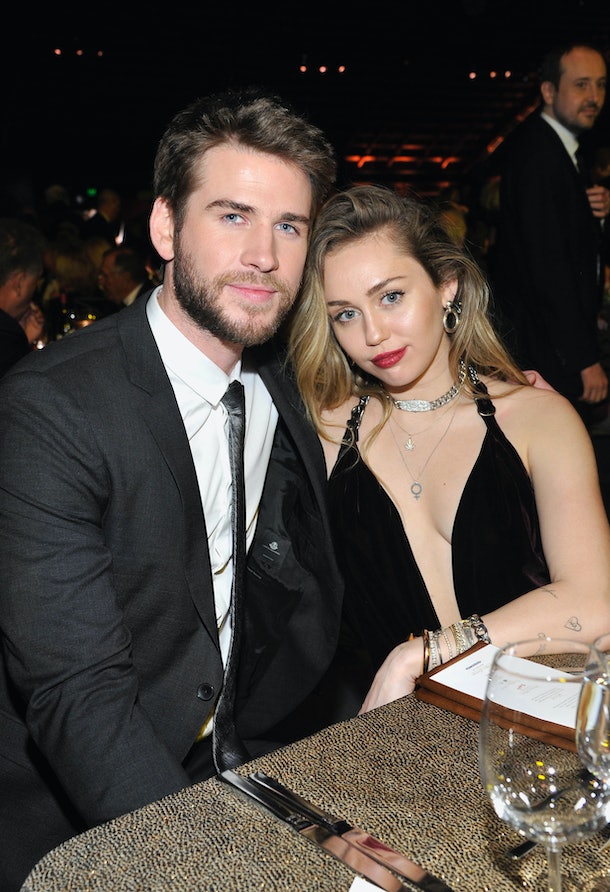 Cyrus is a pro at adorable tributes to her boo. In honor of her hubby’s January birthday, Cyrus posted a super meaningful post to IG, sharing some seriously romantic words in a series of iMessage screenshots. She had most likely sent them to Hemsworth earlier in the day.

"L, HBD to my #1. When we met, you were 19, Today you are 29." She said. "I thought I could share some of my favorite things about my favorite dude in honor of this very special day."

The singer went on to list everything she loves about her now-husband, and I don’t know about you, but I’m totally tearing up. They are too sweet.

There’s no arguing that Miley and Liam are great together. Words truly cannot describe my obsession with them, and between Hemsworth’s speech and their Instagram posts, I legitimately never get tired of their endless kind and loving words for each other. Miley and Liam 4ever, y’all… seriously.