Millionaire’s estranged wife, 48, who lives with her husband and his girlfriend, 27, insists she’s HAPPY for her ex – and thinks the young model who replaced her is a good influence

The ex-wife of property tycoon Robert Tchenguiz has revealed how she’s bonded with his Polish model girlfriend – thanks to all three of them living under the same roof.

Despite splitting from her husband a full ten years ago, Heather Bird, 48, and her children live downstairs in a £20 million townhouse overlooking the Royal Albert Hall while 57-year-old Robert and his glamorous, 27-year-old girlfriend, Julia Dybowska reside on the fourth floor.

Heather has previously spoken about the difficulty of her unusual living arrangement – which came about due to Robert’s financial woes – but it seems that she and Julia have bonded, telling The Times that they ‘get along’.

‘I’m really happy for him; he’s found someone. She is very healthy in eating and exercising and encourages him to get out and walk; she’s really good for him like that.’

Julia also visits the Knightsbridge anti-ageing clinic Heather has set up for treatments. 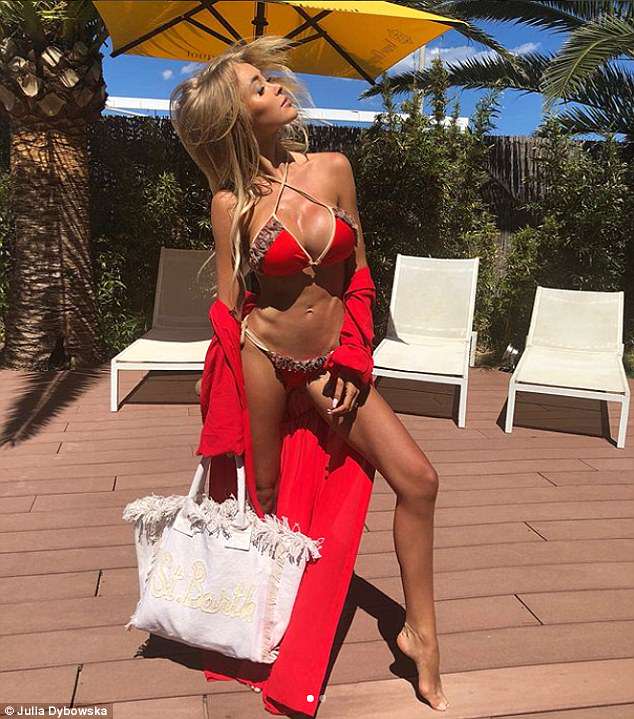 Julia Dybowska, 27, is the model girlfriend of property tycoon Robert Tchenguiz and lives with him in a £20 million townhouse in Knightsbridge where his ex-wife resides downstairs

Heather Bird, 48, said she gets on with her model replacement who has treatments at the anti-ageing clinic she runs

Relations seem to have improved since Heather spoke about her situation to MailOnline earlier this year, saying: ‘It’s a difficult situation to be in, but I don’t really have any choice.

‘Robert and his girlfriend are up on the 4th floor and I am downstairs with the kids. It’s heartbreaking to have to share the family home with his girlfriend – particularly one who is undeniably sexy.

‘She’s the model type, the sort who Instagrams a lot. 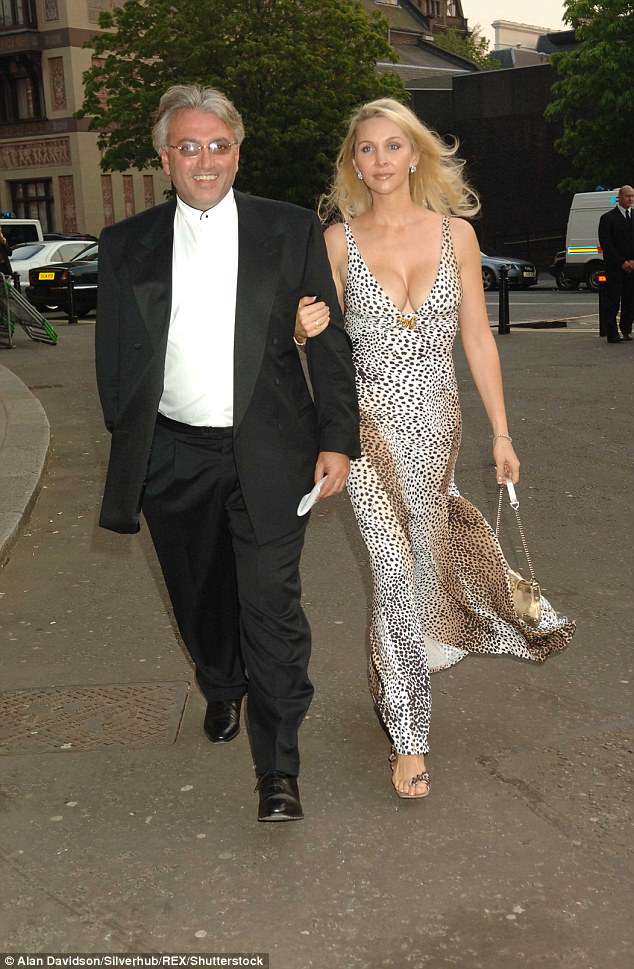 The former couple Royal Albert Hall in 2006. They split a decade ago, but earlier this year Heather moved back in with her ex and his new partner

‘I still have feelings for Robert, who is the father of my children. But I cry at night.

‘For example, I’ve just got back from Courchevel, where we went on a family skiing holiday – the girlfriend came too and I had to put up with it. It’s not that I don’t like her, but how would you feel?

Robert and his brother Vincent, first came to public notice in the 1980s as two of the West End’s biggest landlords.

Iranian-born, American educated they were classic outsiders whose ostentatious lifestyle soon brought them to prominence. 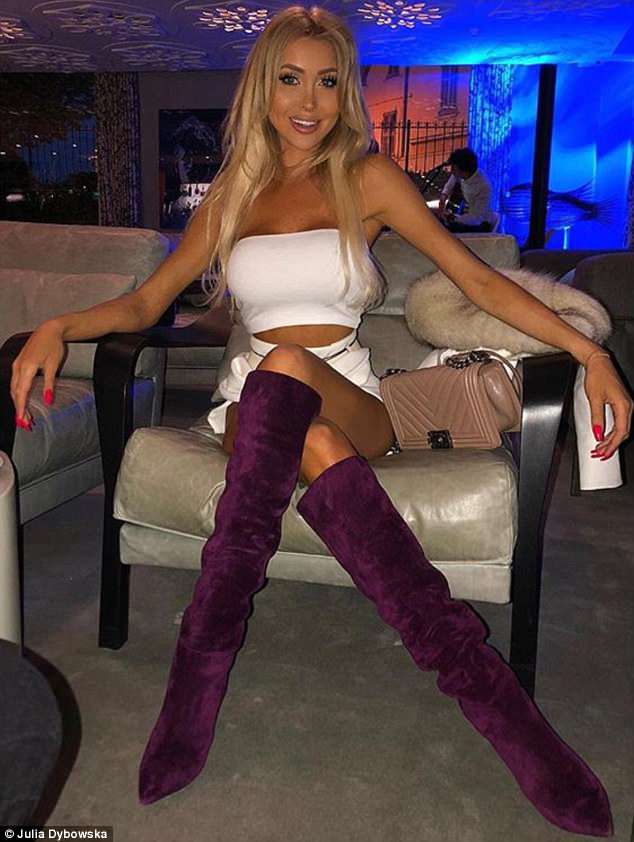 A succession of ever more lucrative property and business deals gave them, at their peak, a portfolio of more than 600 buildings said to have been worth £4.5 billion, (though calculating their true wealth was always fraught with difficulty because so much of their capital was borrowed).

Heather and Robert married in 2005, and she would regularly host lavish parties in the ballroom of their £20 million townhouse overlooking the Royal Albert Hall.

Their home was famous in its own right because of its regular appearance in the ITV drama Mr Selfridge.

One event alone, a Sun King-themed soiree for 500 guests, turned the house into a miniature replica of Louis XIV’s Versailles, complete with staff in liveried costumes and wigs, a nine-piece musical ensemble and acrobats from the Cirque du Soleil. 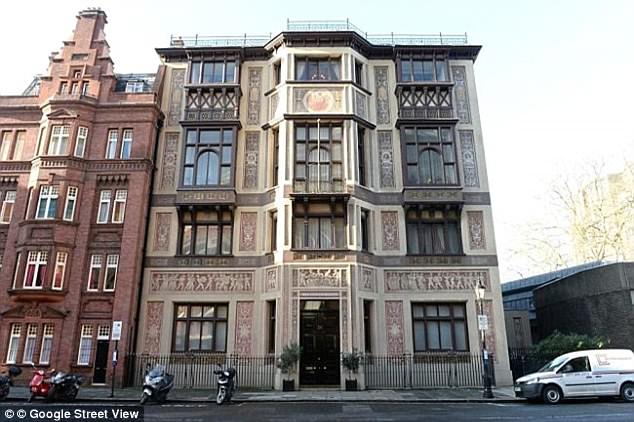 At least there’s plenty of space! Heather lives downstairs with her children while Robert and his girlfriend reside on the fourth floor of the family home overlooking the Royal Albert Hall

Things started to unravel just three years later, while at the same time Robert’s fortune evaporated in the credit crunch.

He became known as the man who lost £1.6 billion in the Icelandic banking crisis.

Then Mr Tchenguiz was sensationally arrested by the Serious Fraud Office in connection with the failure of Iceland’s Kaupthing bank – only to be completely cleared when the investigation into him collapsed.

It was Utah-born Heather who initiated the split with Robert, saying she could no longer tolerate her husband’s ‘party’ lifestyle.

Earlier this year, Robert asked her to move back into her former family home. And, still dependent upon him financially, Heather agreed to go along with this uncomfortable request. 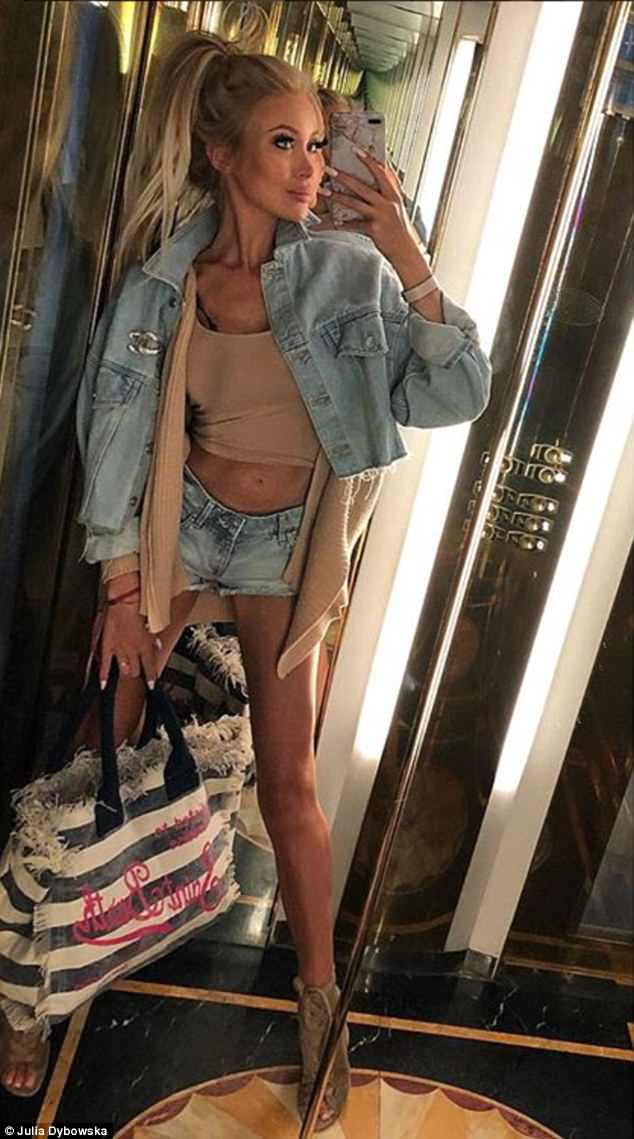