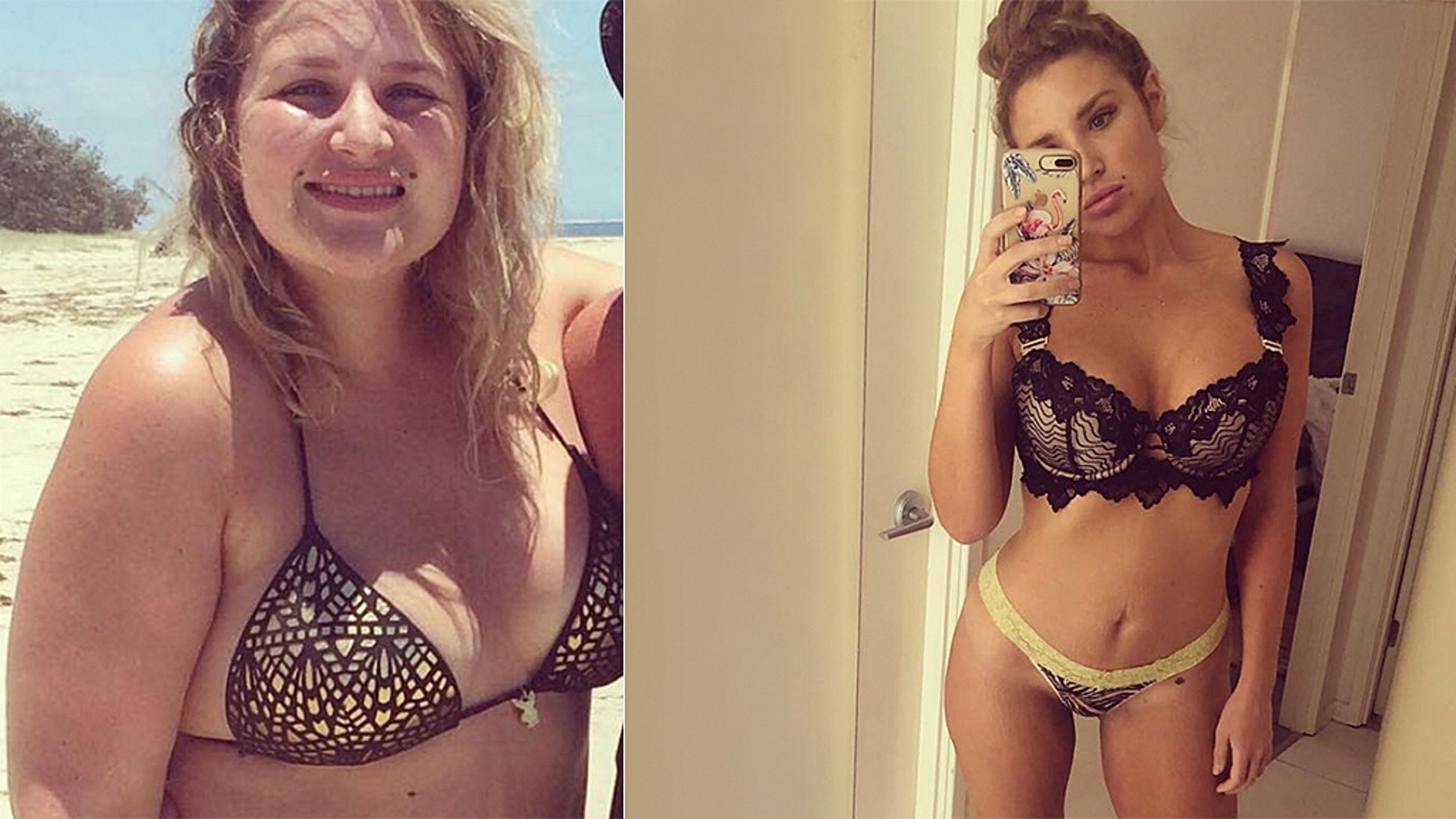 “Being bigger made me scared to even eat in public, let alone wear a bikini. I’d hide in toilets whenever I was out and needed to eat there as I couldn’t face being teased. But once [my son] came along, I knew I couldn’t hide any longer. I had to do something for him, if not for me.”
(Alexandra Symons)

A woman has revealed her incredible body transformation after losing 137 pounds — so she could wear a bikini with confidence.

Alexandra Symons, 32, was 287 pounds at her heaviest and hated the way she looked in her swimsuit.

Eight months after having her son Hudson, the Queensland, Australia, mom wanted to teach her son to swim but was so terrified of braving the pool in her bikini, she decided to overhaul her lifestyle for good.

Now she’s got a trim and toned bikini body she’s incredibly “proud” of.

“I wanted to be able to be in a bikini but not feel like I was the odd one out,” Symons told news.com.au.

“Being bigger made me scared to even eat in public, let alone wear a bikini. I’d hide in toilets whenever I was out and needed to eat there as I couldn’t face being teased. But once Hudson came along, I knew I couldn’t hide any longer. I had to do something for him, if not for me.”

Symons had battled with yo-yo dieting — often losing up to 110 pounds only to put it back on again.

“I’d always been obese, by grade 6 I was 100kg (220 pounds), and at 18 my doctor warned me about my health,” she said. “I struggled with it so much and would yo-yo diet. Sometimes my food intake was so strict, I’d lose as much as 50kg (110 pounds) only to put it all back on again when I allowed myself to eat.

“When I had my son though, my weight really bothered me. At one point I was breastfeeding Hudson and I thought to myself, ‘Oh my god, I’m literally a fat cow.’”

But Symons said after years of battling, she knew she couldn’t achieve her goal of getting into a pair of swimmers alone — and turned to her doctor for help.

After cashing in $21,300 from her super fund (equivalent of 401K) early because she was classified as morbidly obese, Symons had a vertical sleeve gastrectomy (VSG) — where surgeons removed a large chunk of her stomach.

“Adjusting to life after was a huge shock to the system,” she explained. “I was used to not eating a lot from my periods of dieting badly, but once I came off the purees and soft foods, I found I’d get sick from as little as half a can of tuna.”

However, the mom was determined to achieve her goal and started to exercise — though she vowed never to go to the gym.

“I hate the gym, I’ll never go. All I do is walk Hudson every day in his stroller to the park. It’s a 45-minute journey all round, and it’s been good enough for me,” she said. “Sometimes I’ll add in a few squats as he plays but probably only once or twice a week.”

Symons’ weight loss was “slow and steady,” and now three years after having her surgery, she’s happier than ever with her bikini bod.

However, Symons’ impressive physique has raised a few eyebrows online where she’s been documenting her transformation journey — with one person even claiming her success was “fake.”

“I’ve had a few people online question whether my weight loss was fake because I don’t have any excess skin,” she said. “But I’m really proud of what I’ve achieved, and I think it’s purely because I took my weight loss slowly.”

Symons is now 15 weeks pregnant with her second child with husband, Jake, 25, and hopes sharing her story will help others who might be in a similar situation.

“The real you and shape is under there … just gotta chip away at it. Weight does not define you,” Symons said.

This story was originally published by News.com.au.