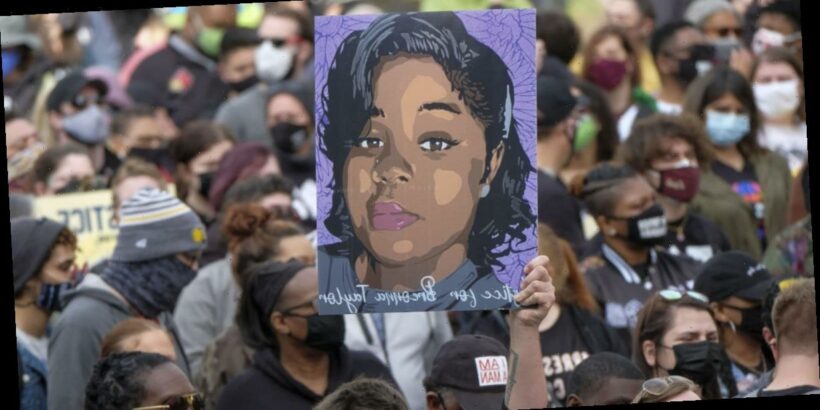 More than a year after police officers killed Breonna Taylor in a botched forced-entry raid, the Kentucky legislature voted Tuesday to pass a law that would limit the occasions where police can use no-knock warrants.

The bill, which is headed to the governor’s desk, would restrict the situations where police can execute a no-knock warrant, and when police do use no-knock warrants, they’d be required to bring a paramedic to the scene and dress in a way that identifies them as law enforcement.

The night Taylor was killed, her boyfriend said he thought police were intruders when they entered Taylor’s apartment and he allegedly shot at the group. Police opened fire, shooting Taylor, and her boyfriend said she lay dying for 20 minutes while police failed to provide medical attention.

Lawmakers tried and failed to pass a more restrictive bill known as “Breonna’s Law” which would have ended the practice entirely and would have added accountability measures for police.

Representative Attica Scott, a state lawmaker from Louisville who introduced “Breonna’s Law,” called the bill that passed “an example of performative politics” and said that it was a restriction, rather than a ban on no-knock warrants.

“This is not Breonna’s Law,” she said, calling the House bill “a weaker version of what people were crying out for.” She said, “This is a bandaid. My hope is that it will do something to try to keep people safe.”

Representative Patti Minter proposed an amendment that would add two features from Scott’s legislation — the requirement that EMS be on scene and that SWAT teams identify themselves — but Scott noted that those restrictions wouldn’t apply in rural counties, and said the current bill lacks police accountability features.

Minter agreed. “It’s not Brianna’s Law and it doesn’t go far enough,” she said. “It’s a good start. It is not a finish.”

In the suit, he argued that police violated his Fourth Amendment rights when they executed a “no-knock” warrant at Taylor’s home in the middle of the night, and wrote that the department’s frequent practice of late-night search warrants “predictably leads to dangerous situations.”

In an interview with CBS News in October, Walker said that if he had been killed alongside Taylor that night, he believed the public would not have heard her story. 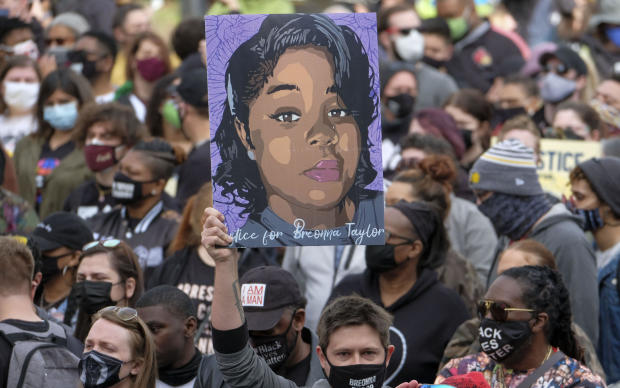 No-knock warrant legislation has been a central facet of police reform in multiple states and at the federal level. Earlier this month, the House passed the George Floyd Justice in Policing Act which, among other reforms, would ban no-knock warrants in drug cases.

“In Louisville, 80% to 85% of these types of raids are being done on Black homes,” said Peter Kraska, a professor at Eastern Kentucky University who works as an expert witness. In cases where warrants result in harm, he said, “the police generally just walk away and there’s zero accountability.”

Last year, a CBS Chicago investigation revealed the moment police wrongly raided the home of Anjanette Young, an innocent social worker who was undressing for bed. Her lawyer recently said the city has yet to offer her monetary relief.

“This is more than the city paying me a dollar amount to make this go away. I want to make sure this never happens again,” Young told the station this week.

In February, Chicago’s City Council introduced the “Anjanette Young Ordinance,” which would push for stricter warrant regulation and police accountability.

The ACLU of Kentucky called the bill limiting no-knock warrants a “first step.”

“This law is an excellent first step in reimagining the role of police in community safety, though it in no way provides justice for Breonna Taylor or the degree of policy change the community needs. ” The ACLU added, “As Taylor’s mother said, Breonna was an EMT and her dream was to save lives. This law will save lives.”