Spoilers ahead. In the first 10 minutes of Deadpool 2, Vanessa, Wade Wilson’s love interest in Deadpool, dies. Shockingly, she’s shot by a mobster who escaped Deadpool’s wrath and managed to track down his home address, attacking just when Vanessa and Wade decide they want to start a family together. It is her death that motivates Deadpool to help save the young mutant Russell, thus causing the entire plot of Deadpool 2. In other words: Vanessa is fridged, the term for when a female love interest is killed as a way to propel the male hero forward. But while actor Morena Baccarin doesn’t deny that’s the case for her character — "that’s exactly what it is," she says — she believes that Vanessa’s fridging in Deadpool 2 might not be such a bad thing.

"It’s about [Wade] finding out where his heart is, and without her, he doesn’t have that story," says Baccarin, speaking with Bustle over the phone a few days before Deadpool 2‘s release. "The film doesn’t happen without her."

It’s true that Vanessa’s early death isn’t just extra motivation for Deadpool’s journey; without her death, there is no journey. Still, the character dying is undoubtedly disappointing, and Baccarin admits she was "bummed" when she first read the script. And fridging is, unfortunately, all too common in the superhero world; X-Men: Apocalypse begins with Magneto watching helplessly as his wife and daughter are murdered, while X-Men: The Last Stand ends with Wolverine killing Jean Grey, which would have undoubtedly led to his future arc if that timeline had continued. Other films, like The Amazing Spider-Man 2, Daredevil, and The Dark Knight, have all killed female love interests in favor of advancing the male heroes’ journeys, and many action movies have even used the trope as a plot device (see: Inception, every James Bond movie ever). So, it’s no surprise that some audiences are frustrated seeing Vanessa gone so early in Deadpool 2. 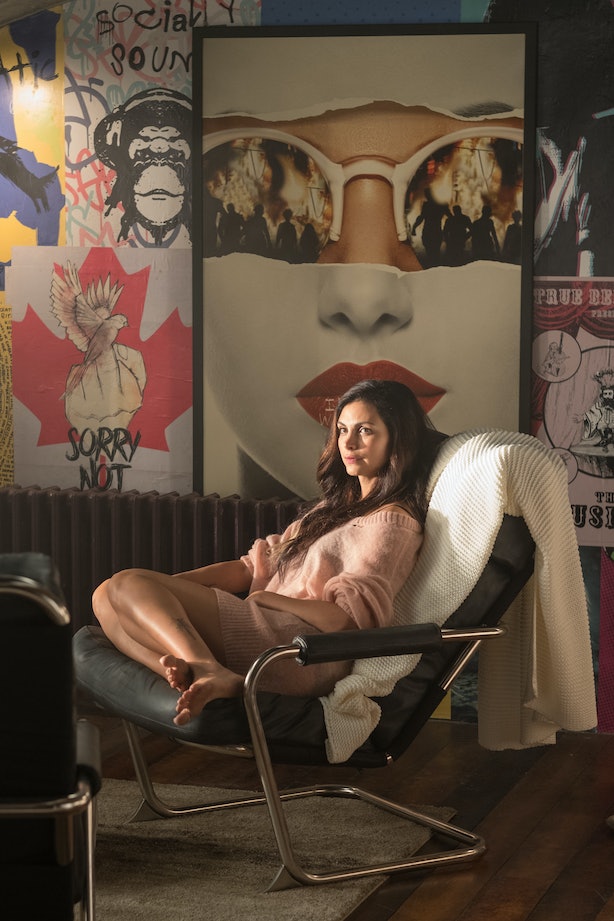 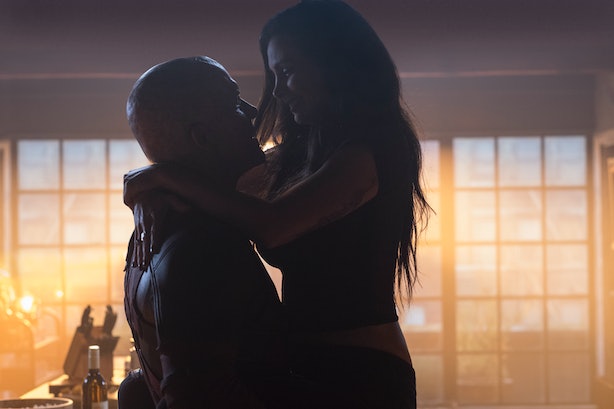 That "way out" is seen in the Deadpool 2 post-credits sequence, in which Deadpool uses Cable’s time traveling technology to save Vanessa from being killed. And despite the chaos and comedic nature of the post-credits sequence, Vanessa, whom Baccarin describes as "a survivor," is definitely alive and well. "Come on, they need to be together, those two. Can’t take that away from him, it’s too much pain," the actor says. "She’s got the time machine, I’m good."

Baccarin is already looking forward to telling more of Vanessa and Wade’s unique love story in the future, be it in the rumored Deadpool 3 or the X-Force movie currently in development. "I want to see what kind of super-baby these guys are gonna make," Baccarin says with a laugh. "In the next one it would be fun to jump back into the craziness." Bringing Vanessa back into the action could be a smart move for the next movie, especially if the filmmakers decide to embrace her comic book origins and make her a mutant superhero, Copycat. "I have no idea what the plan is. But it would be fun," Baccarin says of that possibility.

In the event that Vanessa isn’t brought back into the action in the next Deadpool outing, Baccarin has her eyes set on another action packed franchise: James Bond. "The formula of ‘girl gets taken by evil guy, hero comes rescue girl’ is just old now, and people are tired of the same thing," the actor says. "In particular with the James Bond of it all… Angelina Jolie has certainly done quite a few and [there’s] Atomic Blonde, where you see the kickass female. I just think that there is more of a market for it and people are anxious to keep that going… I think people are ready to see more diversity in films." And a lot less fridging.