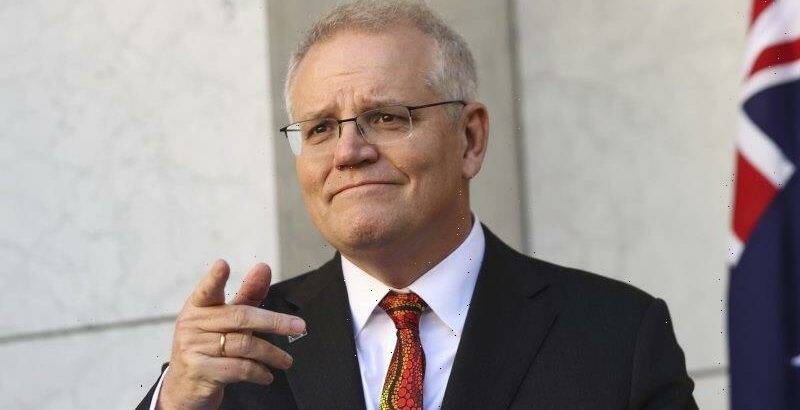 Prime Minister Scott Morrison has refused to say whether he saw a list of “top 20 marginal” seats the Auditor-General’s office says was the basis of government decisions about where to spend money from the $660 million commuter car park fund.

A scathing audit of the program found there was no criteria for judging the merit of projects and 77 per cent of the car parks initially funded were in Coalition seats. 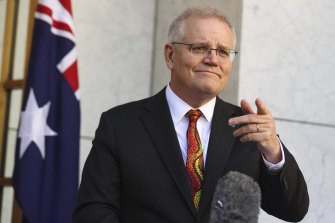 Prime Minister Scott Morrison has refused to answer questions over his role in the use of a list of marginal seats to allocate car park funding.Credit:Alex Ellinghausen

Deputy Auditor-General Brian Boyd told a Senate hearing a “marginal electorate list” was shared between the offices of then-urban infrastructure minister Alan Tudge and Mr Morrison as part of the process to decide where to build car parks.

Mr Tudge said on Wednesday he was “not aware of that list”. On Thursday, he told Parliament he had given “a very comprehensive answer” to questions about his role in the scheme.

Mr Morrison on Thursday said it was “not uncommon for prime ministers and ministers to discuss many issues” but did not directly answer whether he or his office had seen the marginals list.

He insisted seven times in two minutes that the minister made the decisions.

“The Auditor-General has already made his ruling on this report. And ministers were authorised to make the decisions and the minister made the decisions,” he said.

Since the promises were made in early 2019, three of the planned 47 car parks have been built. Six projects have been cancelled and one was found to be ineligible.

Mr Tudge said the car park sites were chosen on need “off the back, obviously, of Infrastructure Australia’s suggestion the commuter car parks are an important mechanism to address congestion in our cities”.

Infrastructure Australia said in 2018 there was “potential” to encourage public transport use by building more commuter car parks in outer-urban areas specifically. But it recommended governments proactively prioritise better bus services and walking or cycling links over car parks.

It also said that in higher-density areas, building new car parks was inefficient and created congestion.

The ANAO found 28 of the 47 sites were in what Infrastructure Australia considered “outer urban” areas. The electorate with the most projects, Goldstein held by Liberal Tim Wilson, is classified as “middle urban”.

Another four were promised for the “inner metropolitan” seat of Kooyong in Melbourne held by Treasurer Josh Frydenberg.

Mr Morrison and Mr Tudge approved $389 million in spending for 27 car park sites the day before the start of the 2019 election campaign. The Infrastructure Department treated these as election commitments – meaning the level of scrutiny required from bureaucrats is lower than for regular government programs – but the audit office disputes this classification.

“I went to the Australian people and I said: ‘We want to do this. Will you support us?’ And they said, ‘yes’ and we’re doing it,” he said.

Asked how that tallied with his having approved funding before the government went into caretaker mode, he replied: “The minister made the decisions.”

Paul Fletcher, who took the urban infrastructure portfolio from Mr Tudge in December, answered a question about the car park program in Parliament by “accidentally” quoting from a 2014 ANAO audit of the regional development fund run by the previous Labor government.