‘Am I middle class?’ Mother is accused of ‘showing off’ after she boasts about £900k house, privately-educated children and ponies – but STILL doesn’t think she’s posh!

A mother has been accused of ‘showing off’ after boasting about her privileged lifestyle online – and then daring to ask which societal class she fell into.

The Mumsnet user sparked a fierce debate when she asked fellow mother whether they thought she was ‘middle class’ – before reeling off details of her £900k mortgage-free house, two holidays a year and privately-educated children who have their own ponies.

Some users observed that the woman was ‘upper middle class’ while others blasted her for ‘showing off’.

The original poster, ‘flowersandcake’, explained that her curiosity around her social class had been caused by a conversation with friends. 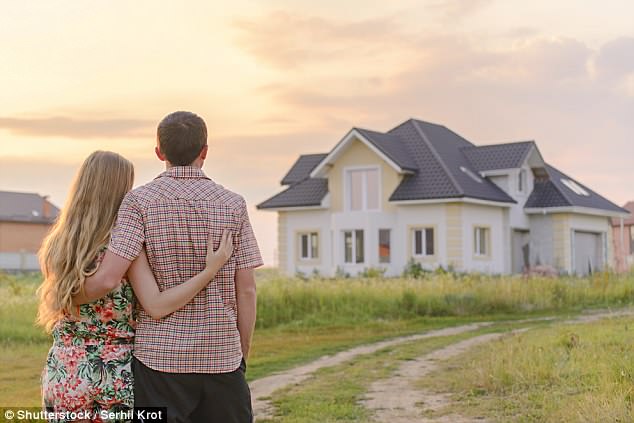 Privileged lifestyle: A mother was accused of showing off after she asked users what class they thought she belonged to (file photo) 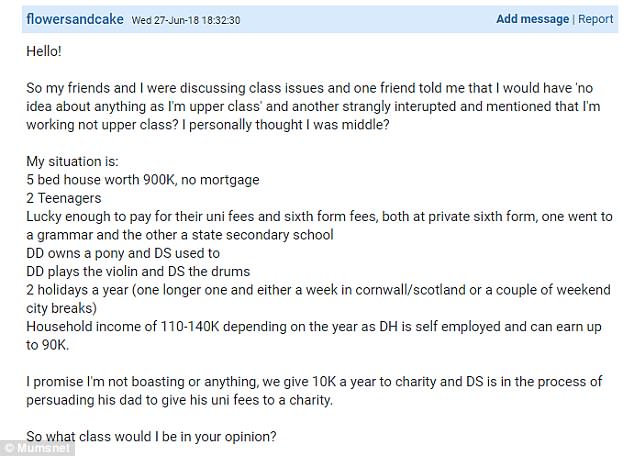 The user ‘flowersandcake’ listed some facts about her ‘situation’, including the price of her house and her household income

So, she took to the parenting forum and listed details about her life, including her £900,000 mortgage-less house, before asking other users to decide which class she belonged to.

She said: ‘I promise I’m not boasting or anything, we give 10k a year to charity and my dear son is in the process of persuading his dad to give his uni fees to a charity.

Some users responded to her query seriously, giving her an answer based on the information she had shared

‘What class would I be in your opinion?’

Some people responded to her question with a straightforward answer, giving their verdict.

Another said: ‘Upper middle Class. I always thought of upper class as aristocracy.’

While another commented: ‘Middle middle class. Private school would push you a bit higher but since it’s only sixth form I’d say not.’

However, some questioned why she was so concerned about class at all and why she felt the need to ask the question.

One user said: ‘No class. People with class do not talk about, far less boast about money.’

Another commented: ‘You could be any class because the amount of money you have does not translate to class.’