A mother who was unable to kiss her partner because of a coffee phobia was finally able to overcome her fear after just three hours of therapy.

Becky Marks, a mother-of-two from Cornwall, told therapists Nik and Eva Speakman on This Morning how her fear of caffeine had become so severe it was affecting her relationship with her family.

‘I won’t kiss him because of it. Ever,’ she said. ‘I haven’t kissed him on the lips for six and a bit months. I have tried in the past [to kiss the children] but it just causes too much anxiety.’

Becky even felt unable to kiss her children due to her fears of cross-contamination.

The Speakmans concluded that Becky was suffering from a phobia and extreme contamination OCD, triggered by the trauma of losing her premature baby girl aged 16. 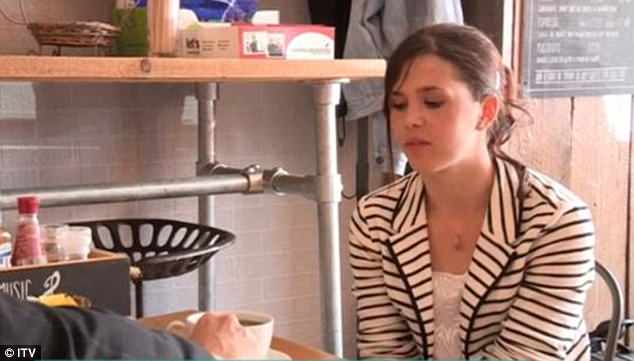 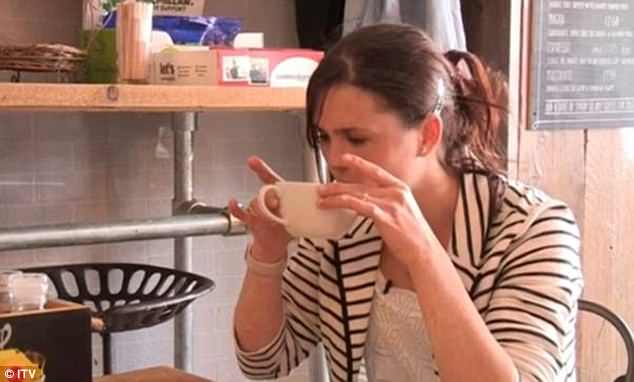 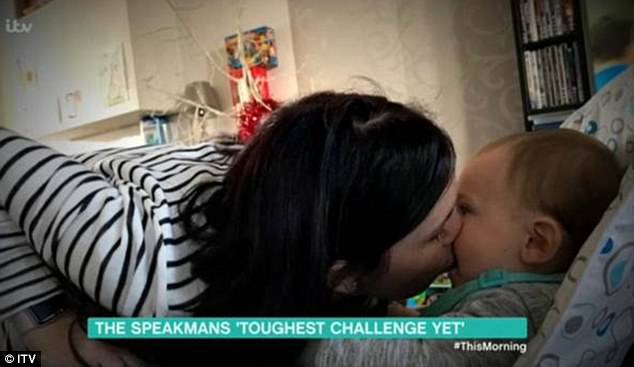 ‘She lived for about ten minutes. I didn’t know until the paramedic told me,’ Becky told the Speakmans.

A week after she lost her child at the age of 16, Becky said she went to see a doctor due to grief and anxiety.

‘All I remember is that the doctor said caffeine makes anxiety worse,’ she added.

Eva Speakman said: ‘He told her to avoid coffee but she somehow misunderstood and blamed drinking coffee for losing her baby.’

It was a tough challenge for the Speakmans, with Eva saying: ‘Due to her partner drinking coffee, she hadn’t kissed him in months or been intimate with him.

‘But worse still because her partner kissed their children, she had not kissed her children for many, many months.’ 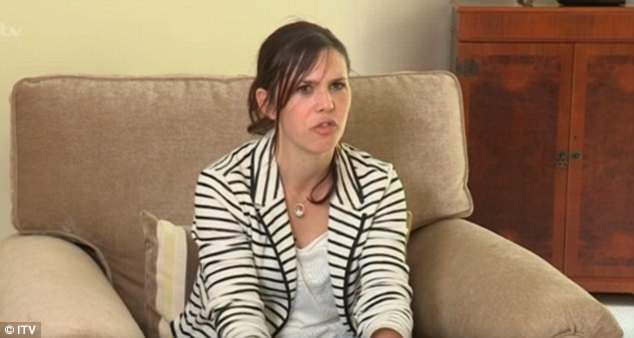 It caused further issues for Becky who was troubled by cross-contamination worries.

It meant that during her three-hour session with Nik and Eva she had to keep leaving the room to spit out the saliva that was collecting in her mouth because she couldn’t swallow it.

The pair were also told she couldn’t used any cutlery, plates or cups so only used disposable plastic cutlery, cups and plates and could only eat sealed microwave meals. 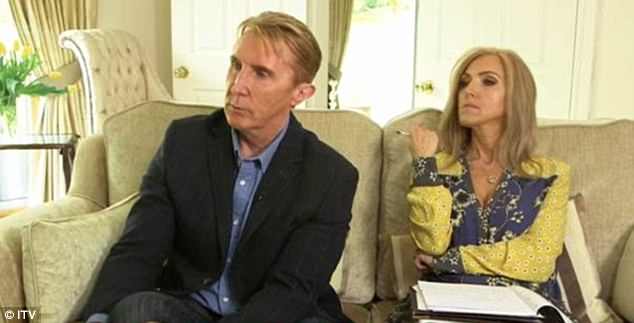 Becky said when she was in close proximity to a cup of coffee: ‘I feel anxious. I worry it will spill if it touches on my skin. High anxiety, panic attack.’

The couple were able to eventually help Becky to understand that there was no real reason for her phobia.

Nik concluded: ‘If it was not your fault, it was not caffeine’s fault either.’

The Speakmans thought Becky would need a number of further sessions to work on her concerns.

But amazingly when they presented a cup of coffee in front of her Becky was able to drink it and swallow it at the end of their first three hour consultation.

This Morning airs weekdays at 10.30am on ITV