‘This is very disturbing!’ Mothers slam Myleene Klass for ‘squeezing’ into a CHILD’s T-shirt in an attempt to promote female empowerment – and accuse her of setting a bad example

Myleene Klass has come under fire after sharing a selfie of her wearing a child’s age 7-8 t-shirt on social media.

The TV personality took to Twitter and Instagram where she shared snaps of her new t-shirt design for her Mothercare line My K.

The unisex top, which is printed with the logo ‘Future CEO, scientist, marine biologist, rock star, astronaut’ is aimed to encourage children to aspire to be ambitious. 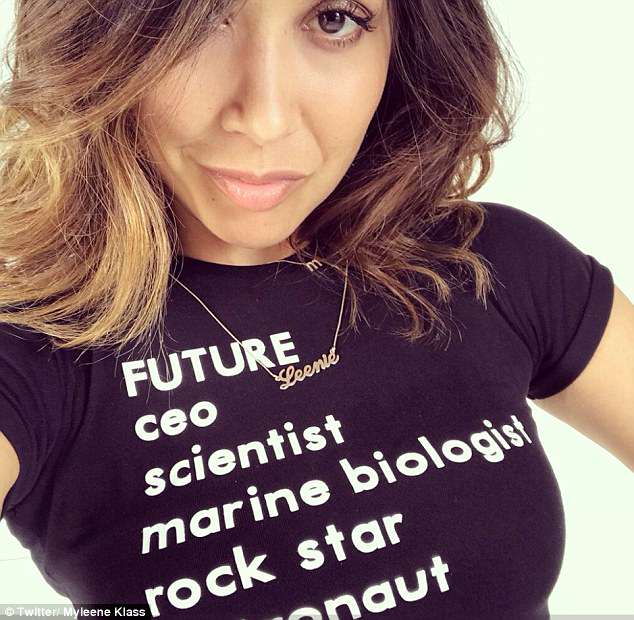 But while the garment comes with a positive message Myleene’s followers were unimpressed by her ‘pride’ at fitting into a children’s t-shirt claiming that she is encouraging insecurities.

Sharing the snap on her two social media account ‘Myleene wrote:  ‘Managed to squeeze a size 7-8! When you just gotta have it.’

And while many praised the positive message on the t-shirt mothers admitted that they were ‘disappointed’ at the way she had chosen to market them. 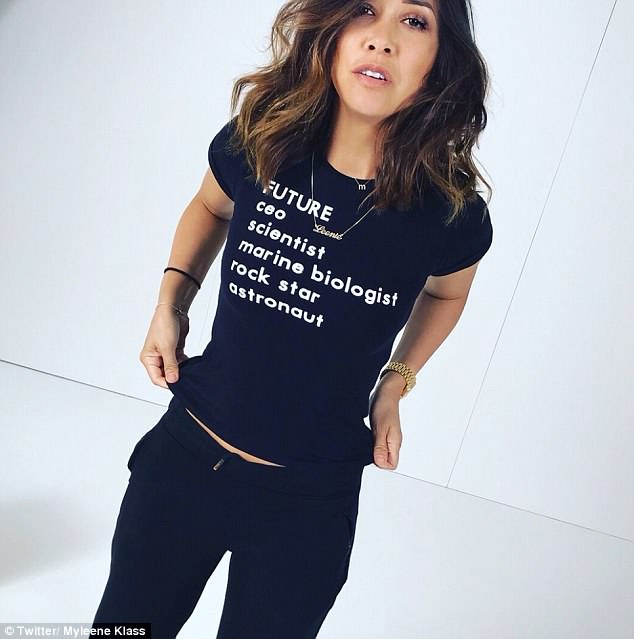 The unisex top, which is printed with the logo ‘Future CEO, scientist, marine biologist, rock star, astronaut’ is aimed to encourage children to aspire to be ambitious

Writing on Instagram one wrote: ‘As a grown woman being proud of fitting into a size 7-8 is nothing to be proud about.’

She later added: ‘Maybe for a child to model not a grown woman who states that she’s squeezed into a size 7-8 that totally gives off the wrong message to children/teens and woman who struggle every day with body/weigh insecurity’s.’

Another added: ‘I’d have to agree…… I’m sure I could squeeze into a child’s t.shirt too but it’s not a good example . On a positive note what a fabulous , positive and empowering T.Shirt for children though !’ 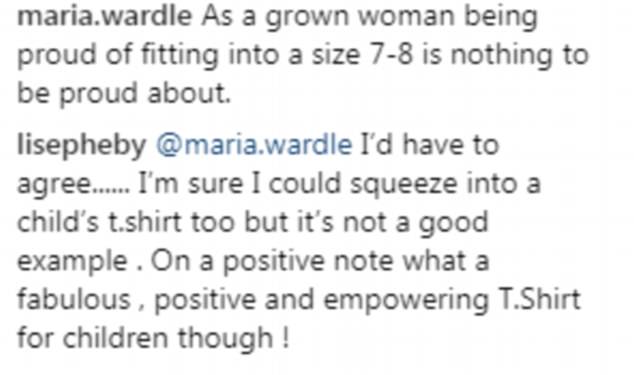 Her Twitter followers were equally unimpressed with one describing the tweet as ‘very disturbing’ and another describing it as ‘ridiculous’.

Myleene, who shot to fame in 2001 in pop band Hear’Say, has worked with the chain for 11 years.

In October 2017 she launched her first collection of gender-neutral clothing for the store.