Marks & Spencer has revealed its most-searched for fashion items this summer – including a leopard print bikini and a polka dot midi skirt.

The High Street giant said it has seen ‘high search volumes’ for polka dots and animal prints so far this summer.

It comes after shoppers have been scrambling over M&S’s must-have items over the past few seasons. 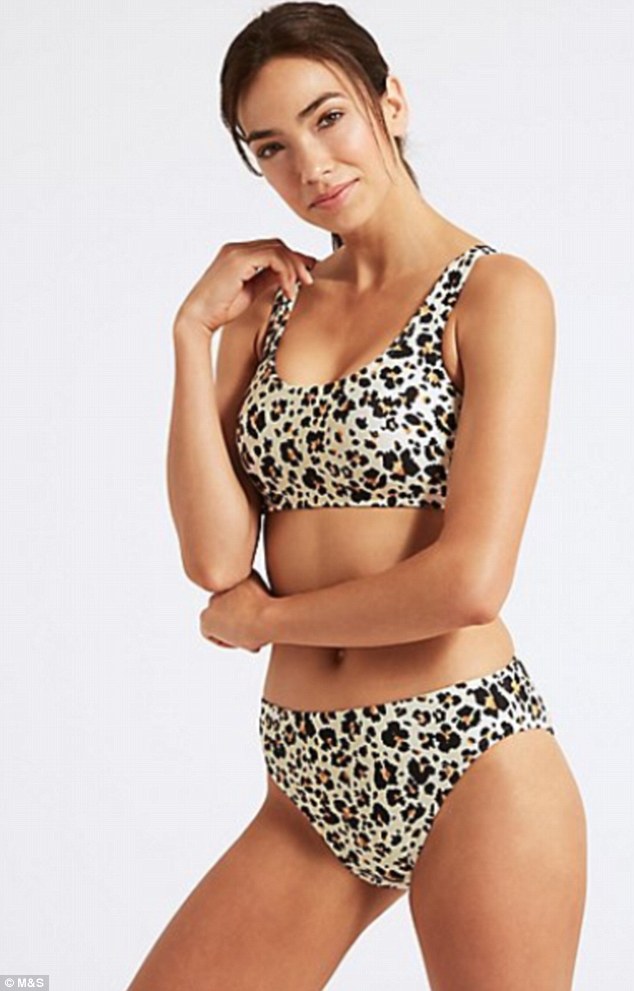 Marks & Spencer has revealed its most popular fashion items this summer, including this £26 leopard bikini 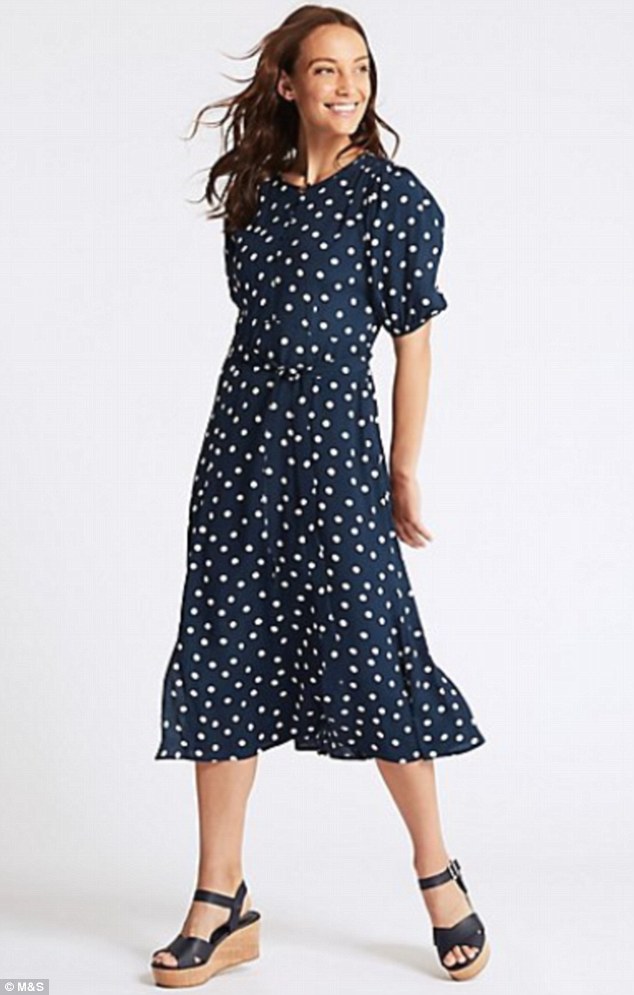 A printed midi dress, priced at £39.50, is also proving popular, as shoppers look keen to tap into the polka dot trend 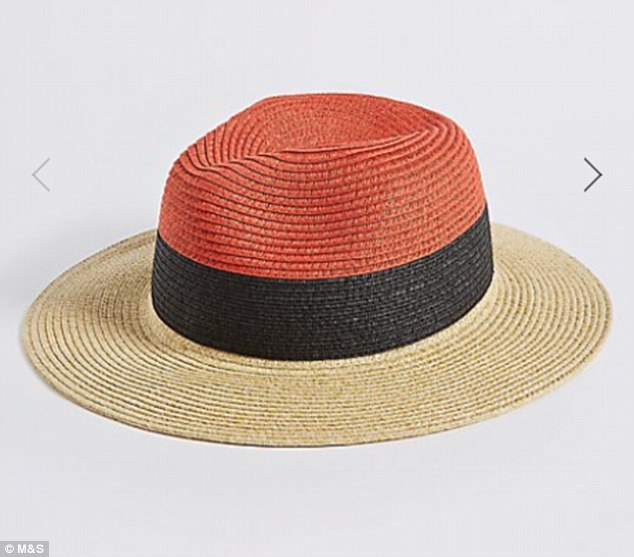 A straw hat, priced at £17.50, is also a must-have this summer, providing a splash of colour

According to Glamour, the best-selling items at the moment include a £25 leopard print swimsuit, a £26 animal print bikini, and a matching sarong priced at £15.

Meanwhile, the retailer also reported a spike in searches for hats on its website this month.

An M&S spokesperson explained: ‘Polka dots and spots are having a moment, particularly online, new polka items including these skirts and dress are available in store and online.’ 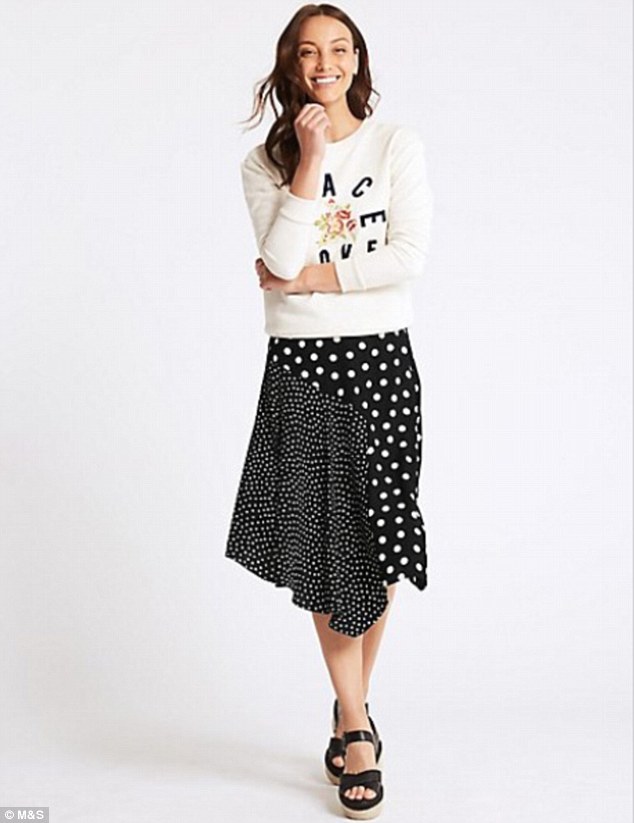 M&S are maximising upon the polka dot trend this summer, with this £35 asymmetric skirt 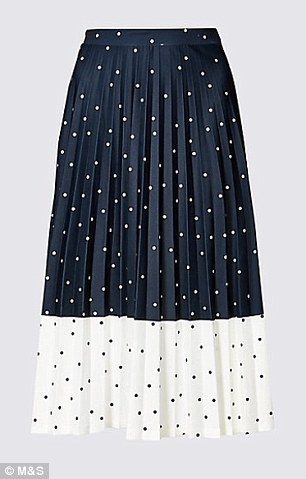 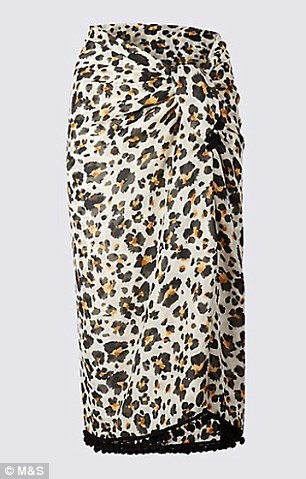 Other popular buys include this blue and white polka dot skirt, priced at £39.50 (left), and a leopard print sarong, priced at £15 (right) 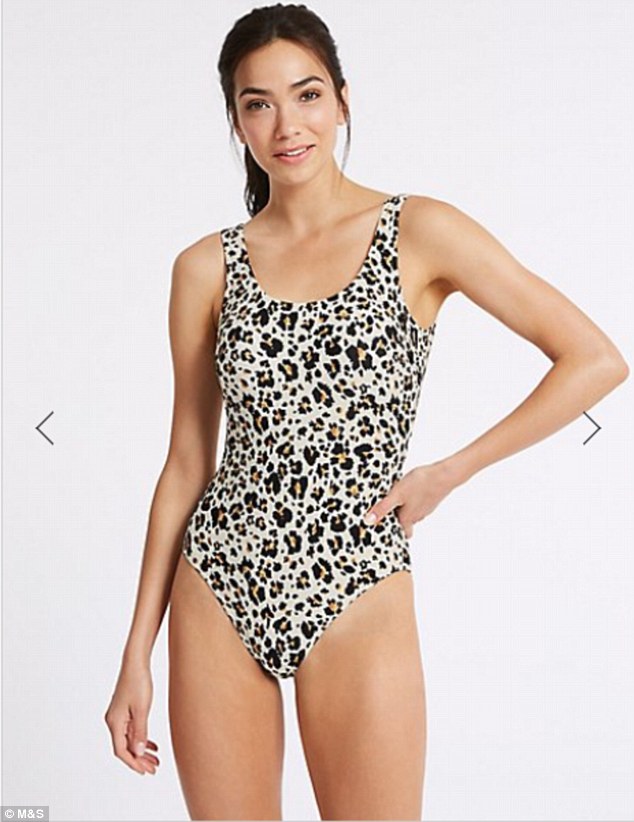 A £25 leopard print swimsuit is also proving popular, with animal print being a big hit with shoppers

Discussing its leopard print swimwear collection, the spokesperson added: ‘Following the success of the hugely popular Limited Edition leopard print dress, we have the perfect stylish solution for summer getaways.’

The British High Street retailer appears to have tapped into some of this season’s biggest trends this summer, including the polka dot print.

It comes after M&S’s £199 suede skirt, worn by Alexa Chung, was an instant sell-out in 2015, while the retailers’ £45 star print midi-dress also sent shoppers into a frenzy last year.

Earlier this year, fashion fans went wild over a £39.50 striped midi dress, which was dubbed the dress of the summer. 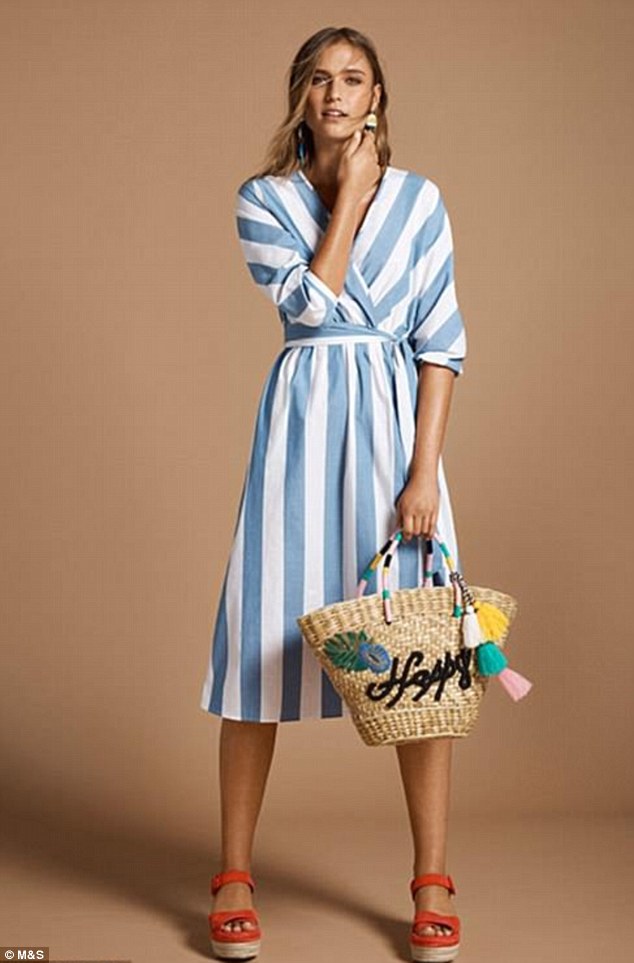 It comes as shoppers have been scrambling to get hold of M&S’s £39.50 striped blue and white frock, which has been dubbed ‘the dress of the summer’