A self-taught make-up artist who spends up to sixteen hours creating quirky and terrifying looks has become an online sensation.

Toma Skabeikyte, 28, from Lithuania has gained more than 3,000 followers on Instagram by using make-up and body paint to create petrifying optical illusions and re-imagined versions of the scariest villains from horror films.

The creative, who studied graphic design at a design college in Vilnius, was recently placed in the top 10 for NYX’s Face Awards Baltics 2018 and is hoping to make her hobby a profession by finding a job as a special effects expert.

Pennywise the clown, a vintage doll and a face filled with clouds are among some of her most captivating looks. 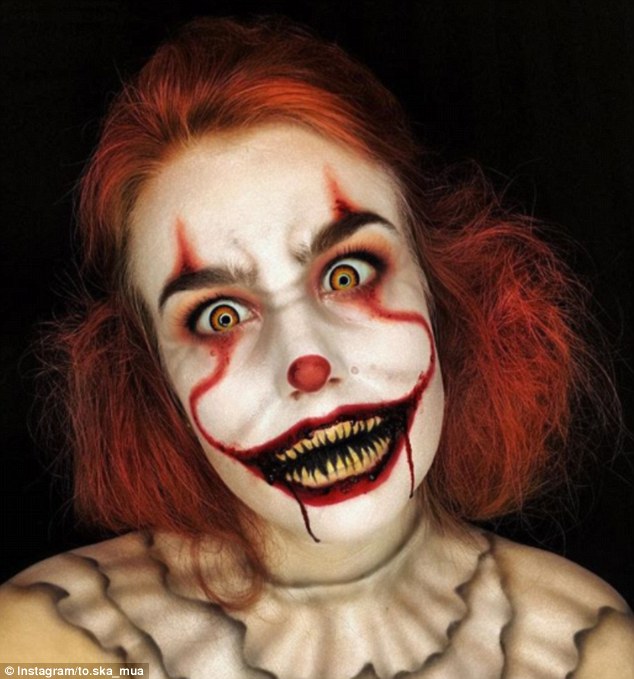 Toma Skabeikyte (pictured), 28, from Lithuania has gained over 3000 followers on social media for her terrifying optical illusions ranging from Pennywise (pictured) to Miss Piggy created using make-up and body paint 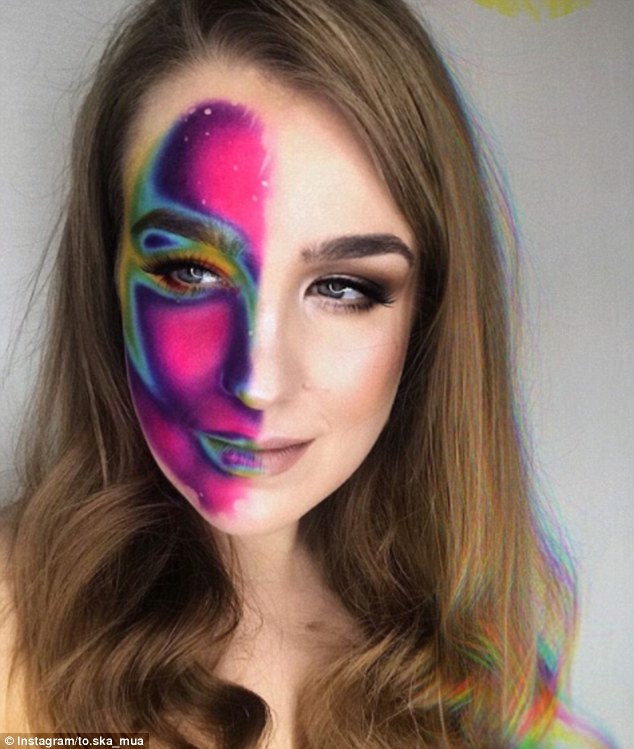 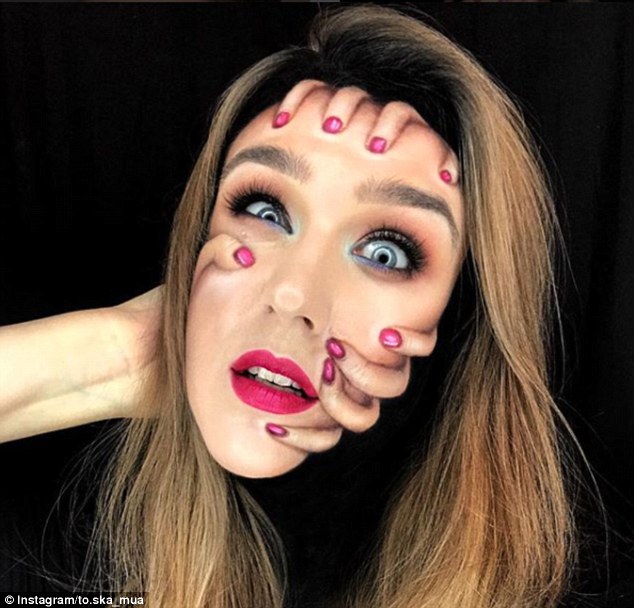 Toma has mastered the floating head illusion made famous by Vancouver make-up artist Mimi Choi. The trick is to colour the beck to match the background you’re standing against 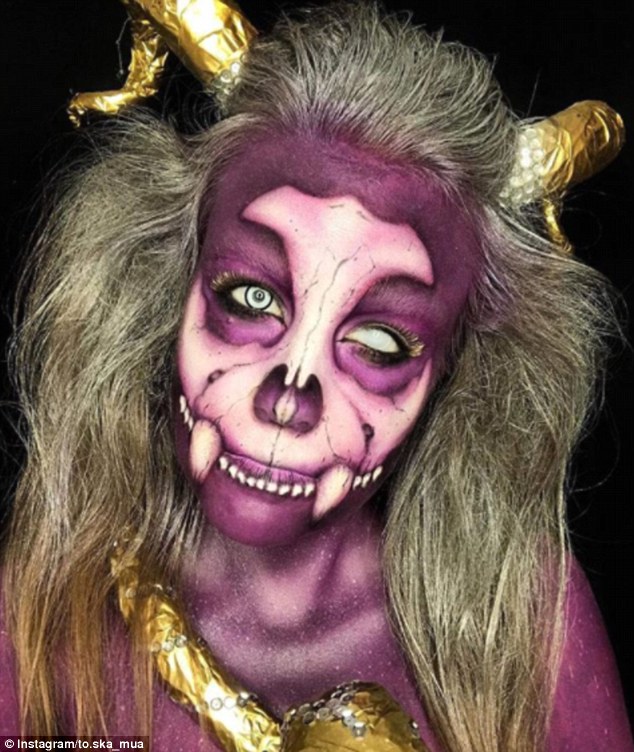 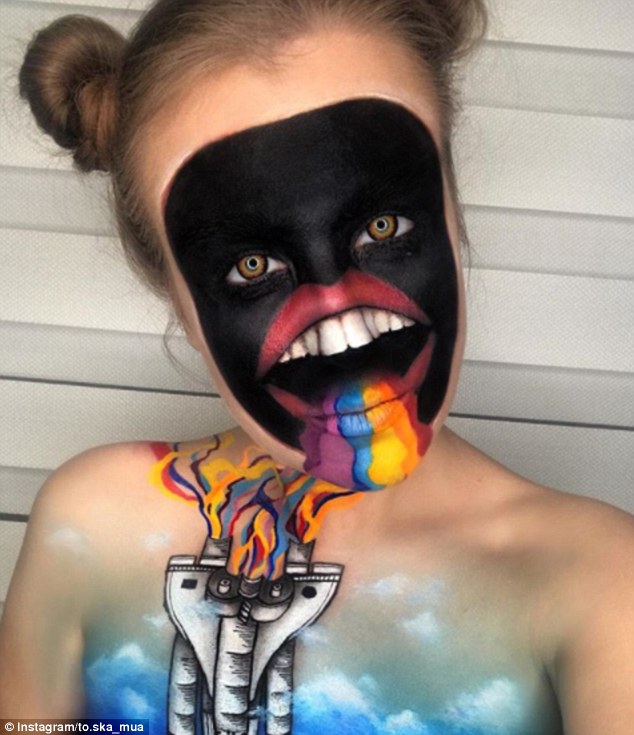 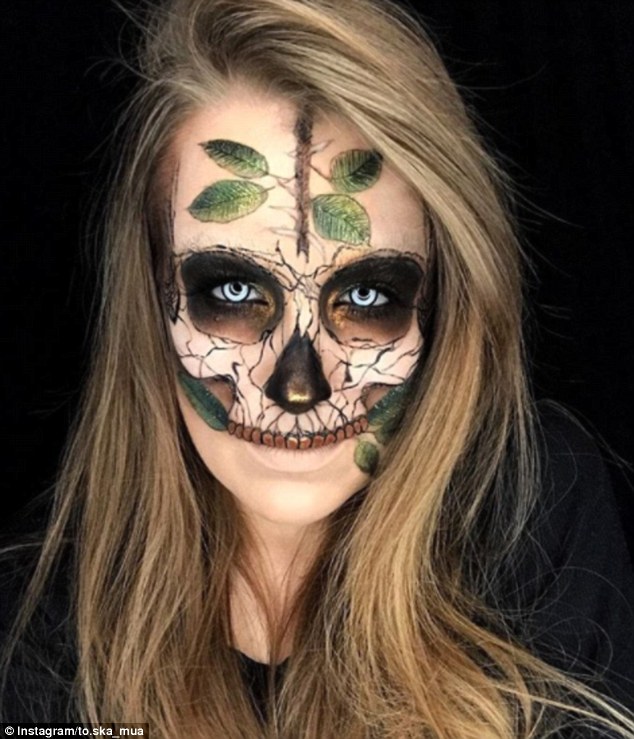 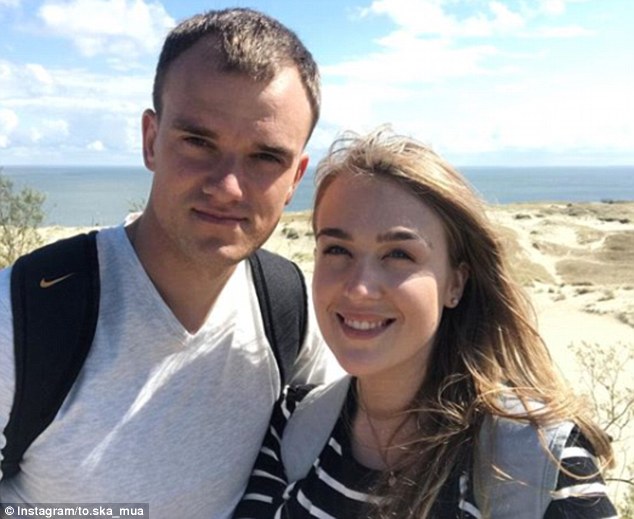 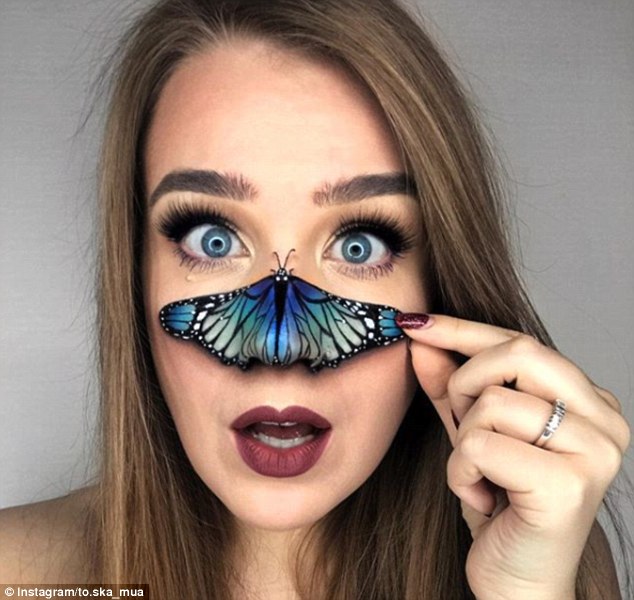 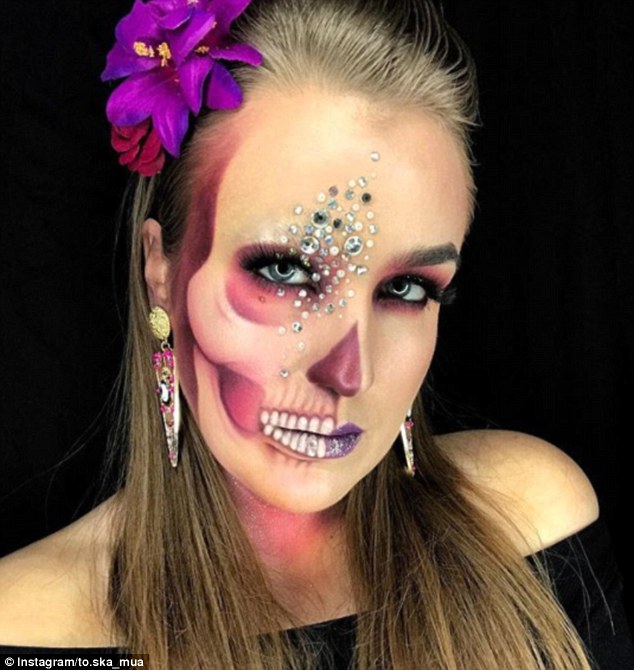 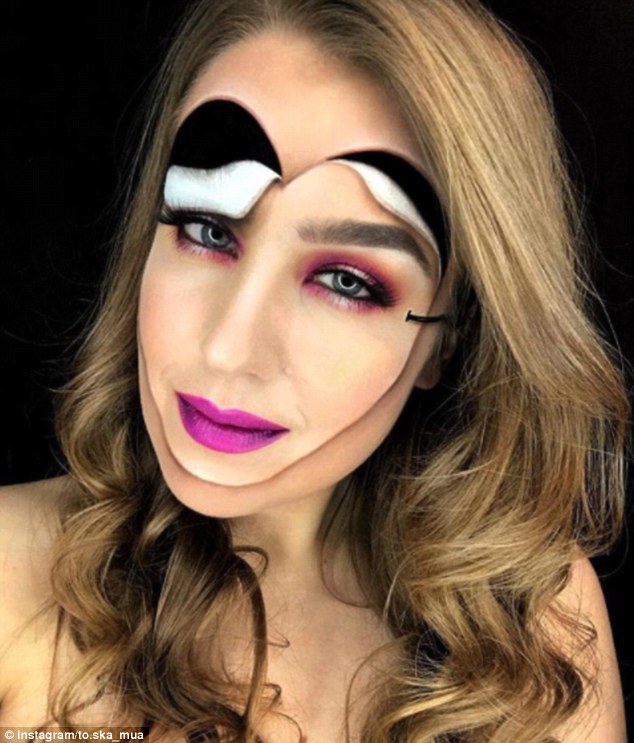 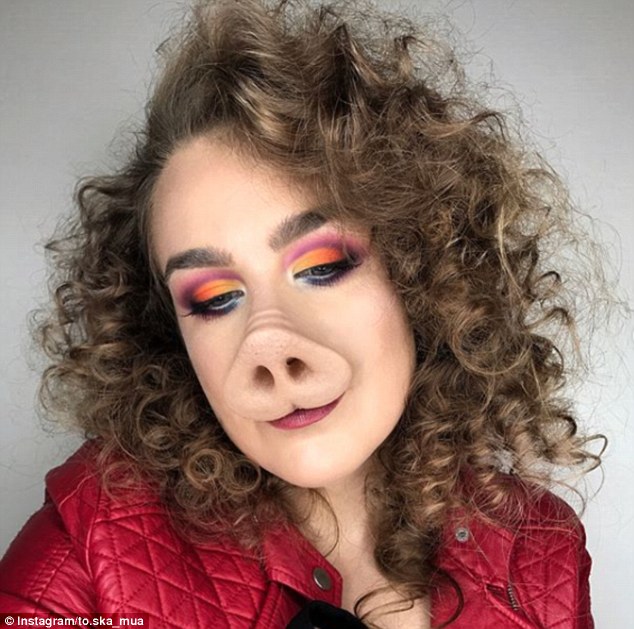 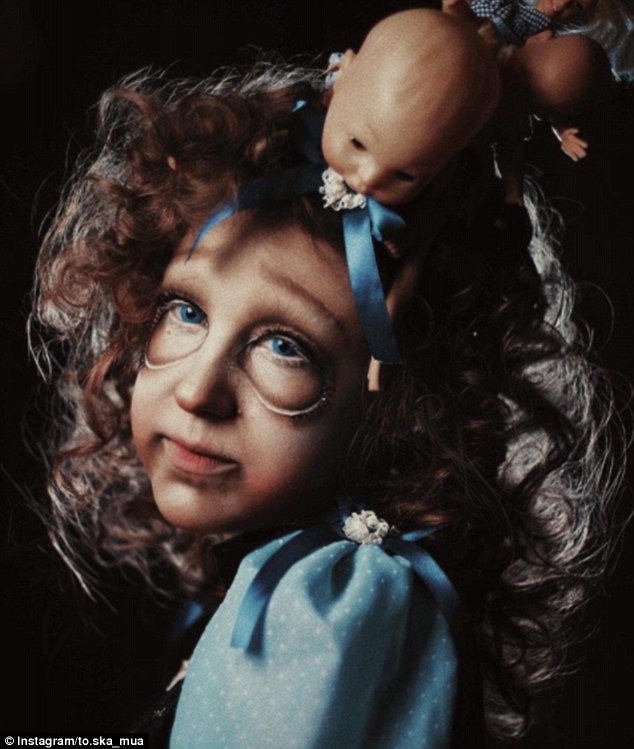 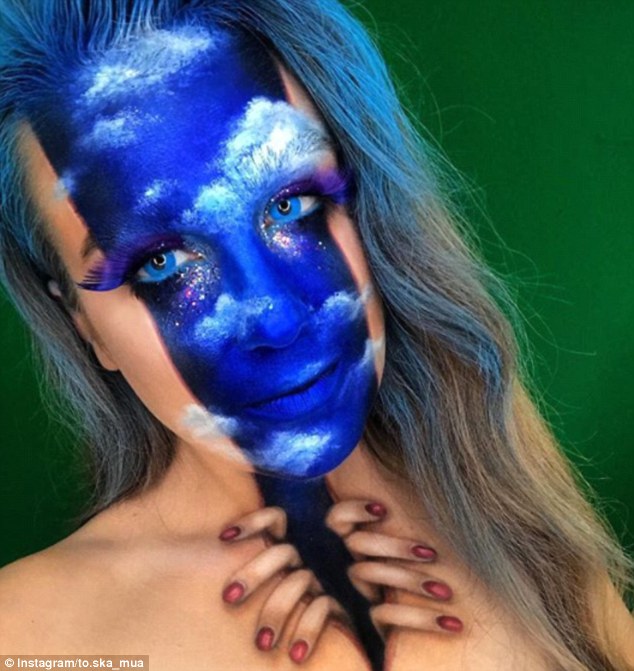 Toma revealed one makeup look with small details took her over 24 hours. This cloud design was also submitted to her NYX awards entry