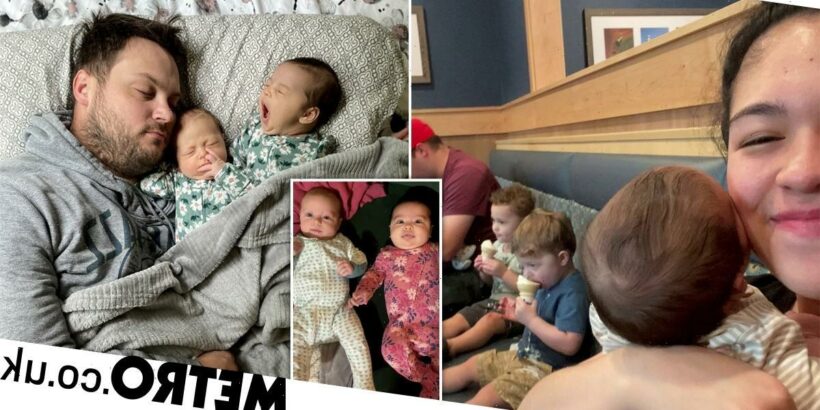 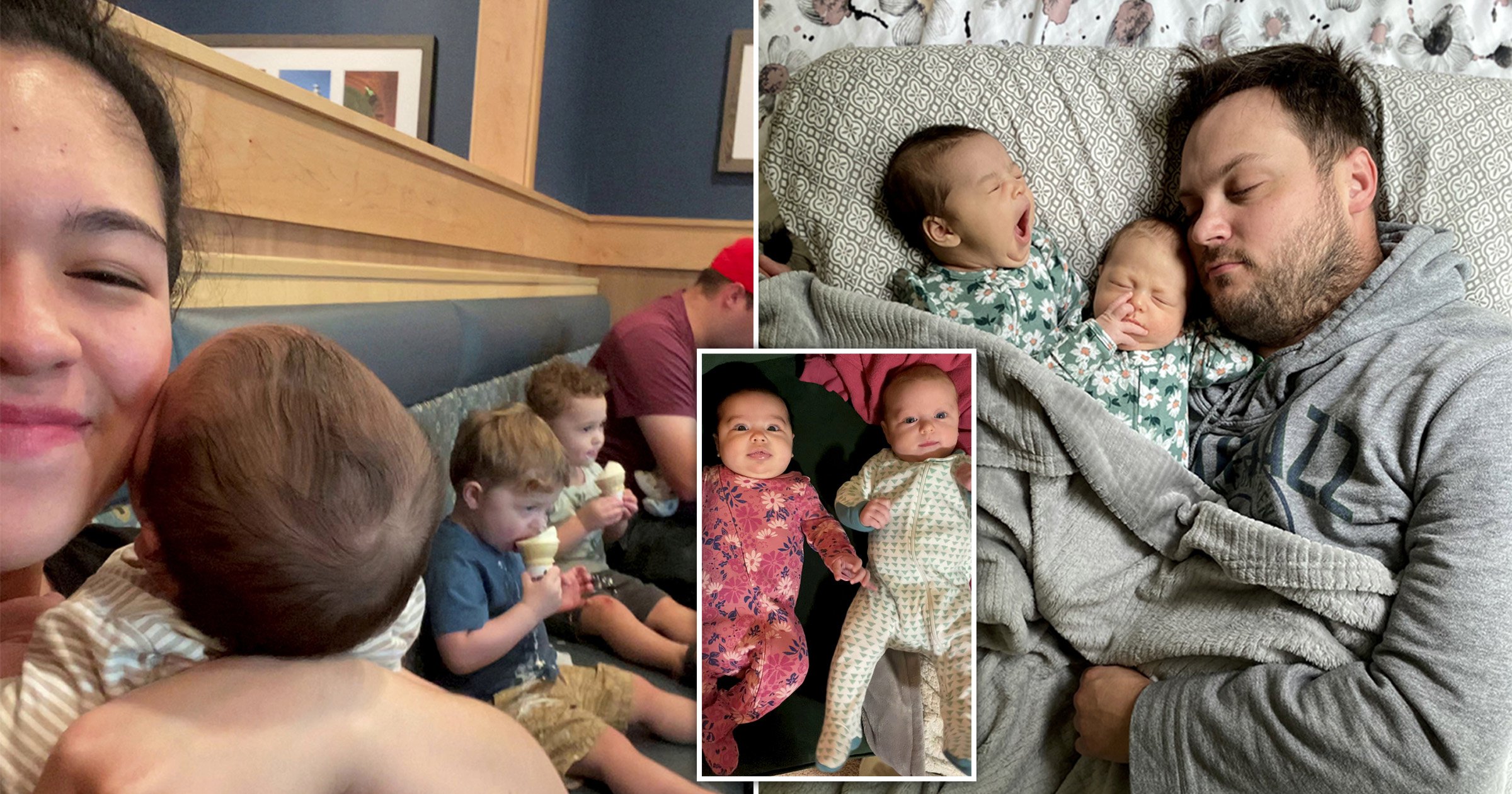 Alana Christensen gave birth to twin boys, Moon and Beck, in June 2020 – but the following year, she found out she was expecting another set.

The 25-year-old then gave birth to twin girls, named Cove and Gracie, in August 2022.

Alana says she and her husband, 31-year-old Cole, were stunned to find out they were having twins for the second time.

‘I was shocked and scared but excited,’ explains the mum-of-four.

‘I was out of town when we got the first ultrasound in Las Vegas and my husband was joking saying: “let’s just have one, just the one.”

‘Then we found out and I was just like “oh my goodness you’re kidding me, it’s two again.”

‘It’s so funny because when I found out I was pregnant for the first time with my boys, I joked that we should have three sets of twins.’

Although a shock for Alana, it’s worth pointing out that the probability of having twins for a second time isn’t that uncommon – with the chances multiplying by four, or one in 12, after the first set.

The couple, from Winston-Salem, North Carolina, say the news came as a surprise to their family, too.

Alana adds: ‘I was at my mum’s house for Christmas after the first ultrasound and she was waiting at the door asking if it was one or two.

‘Then she and my sister started screaming when they found out.

‘My mum joked that the next 60 years of my life are going to be hard.

‘Then when I was out for lunch with friends, one of them said: “at least it’s not two, right? It’ll be easier this time.”

‘She couldn’t believe it when I said it was two.’

Alana, who previously worked as a nanny, says she’s always wanted to have kids – but adds that looking after two sets of twins isn’t easy.

‘What’s NOT hard?!’ she continues.

‘If we go to Costco, for example, I have to have the girls in the carrier and the boys in the cart.

‘If we’re going to church it’s hard because the boys don’t like sitting still or staying in our little area. They end up running up and down the halls, so Cole and I have to split up. He’s with the boys and I’m with the girls.

‘Keeping up with laundry is hard since we have so many little people.’

But she stresses that, for anyone else who finds themselves in the same situation, it does get easier.

‘In my experience the second set of twins has felt easier as you know what to expect,’ she adds.

‘Make sure you have a good support system, and don’t be afraid to ask for help.

‘Yes, you know your life is going to get crazier, but you’ve been there before, and your life is full of love.’