A mother-of-two has revealed how she was inspired to lose six stone after struggling to recognise herself in a photograph from a family member’s wedding.

Tipping the scales at 16st 3lbs, Lenna Wells, 27, from Medway, Kent, said she felt insecure and ’empty’ when she struggled to fit into a size 20.

The barista decided to put an end to her comfort eating in December 2018, after she felt looking at a photo of herself at a family wedding was like looking at a ‘stranger’.

Thanks to a healthy diet, ditching her fast food habit and exercising in the gym, the mother-of-two now weighs a healthy 10st 3lbs and wears a size 10-12. 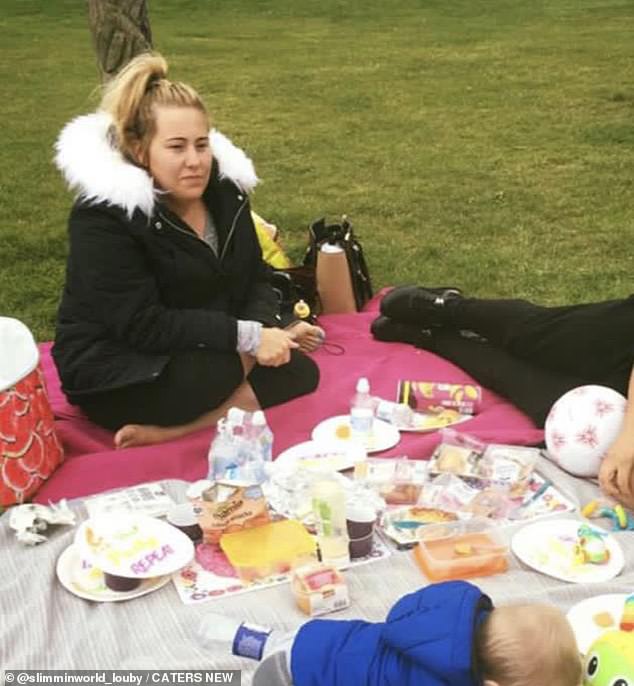 Lenna Wells, 27, from Medway, Kent, tipped the scales at 16st 3lbs and struggled to fit into size 20 clothes at her heaviest (pictured) 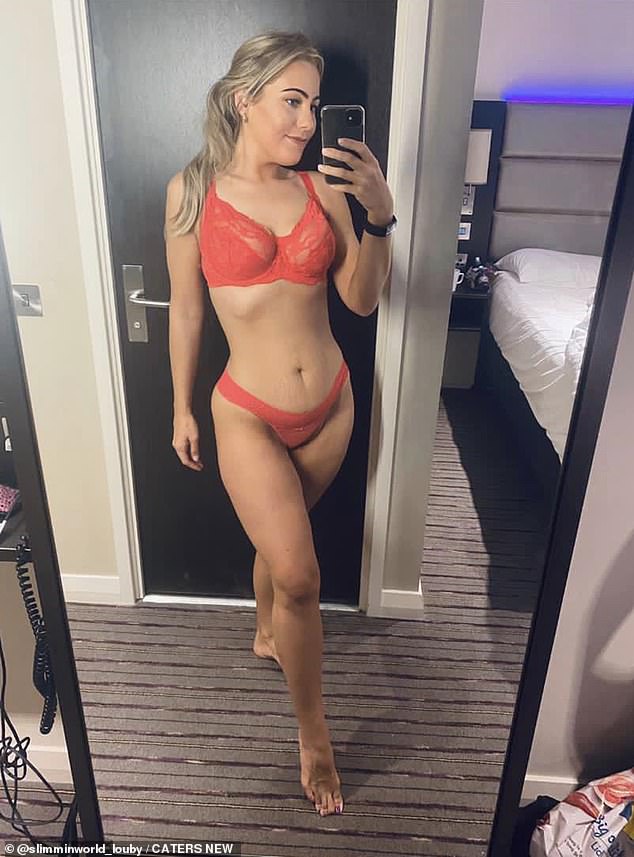 Thanks to a healthy diet, ditching her fastfood habit and exercising in the gym, the mother-of-two now weighs a healthy 10st 3lbs and wears a size 10-12

Lenna developed bad eating habits whilst pregnant with Finley, now five, which spiralled out of control.

She opted for easy and quick convenient food such as McDonalds drive-thru or a Chinese takeaway.

‘The food would be bulging off my plate!’ 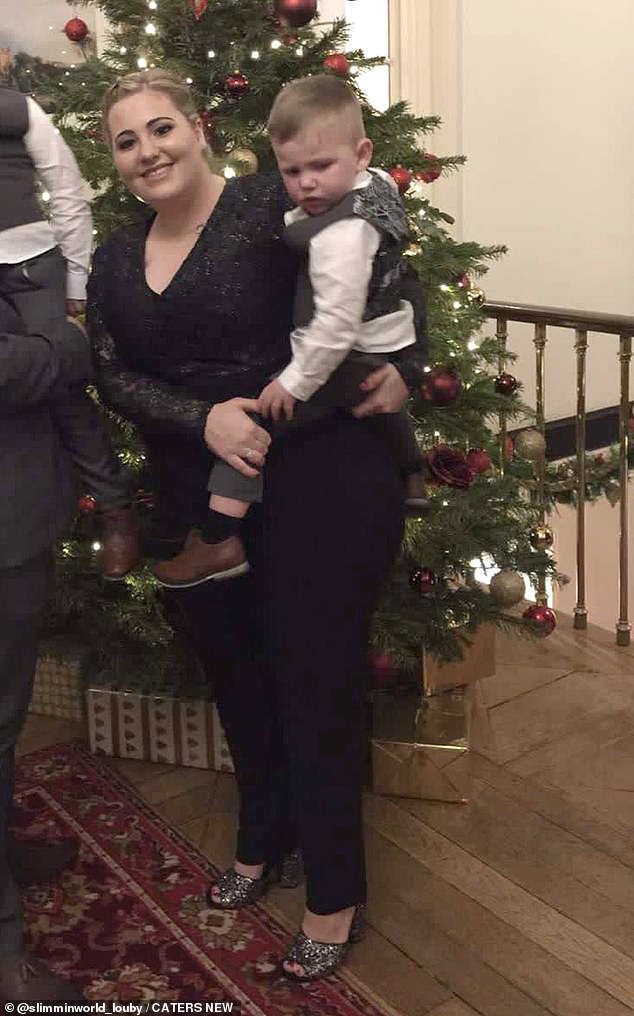 Lenna added: ‘I tried multiple fad diets before but I couldn’t give up on carbs and crisps.

‘My weight gain was not only affecting my social life but Finley and his little brother Reuben, three, too.’

The mother-of-two said she was finally motivated to shift the pounds after she hit an all-time-low with her weight gain.

She revealed: ‘I had a family wedding in December 2018 and I remember how awful I felt. 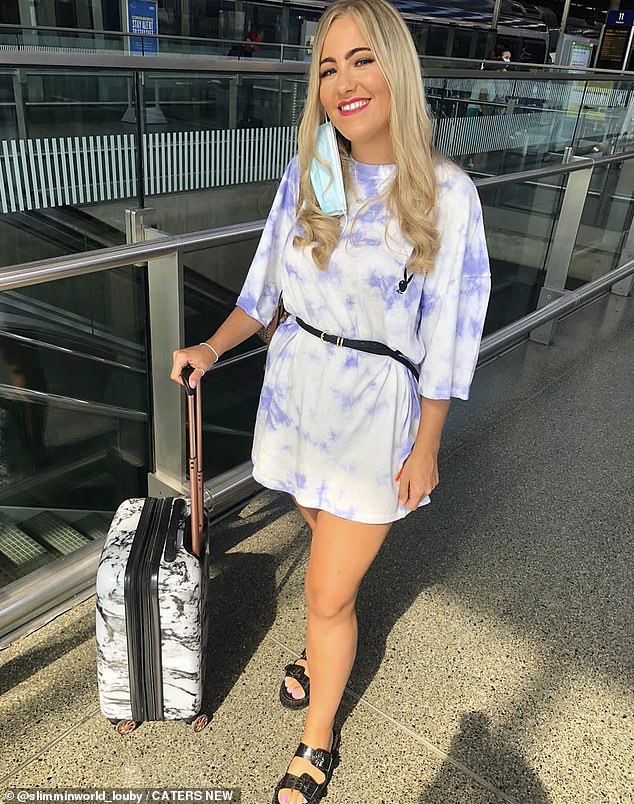 ‘It took me ages to find a black long sleeved jumpsuit – in a bid to look slimmer.’

Yet she was still unable to enjoy the wedding, revealing: ‘I felt so insecure on the day, I left the party early which isn’t like me.

‘I didn’t want anyone to look at me.’

Despite shying away from the camera, she was in one photograph with her family members. 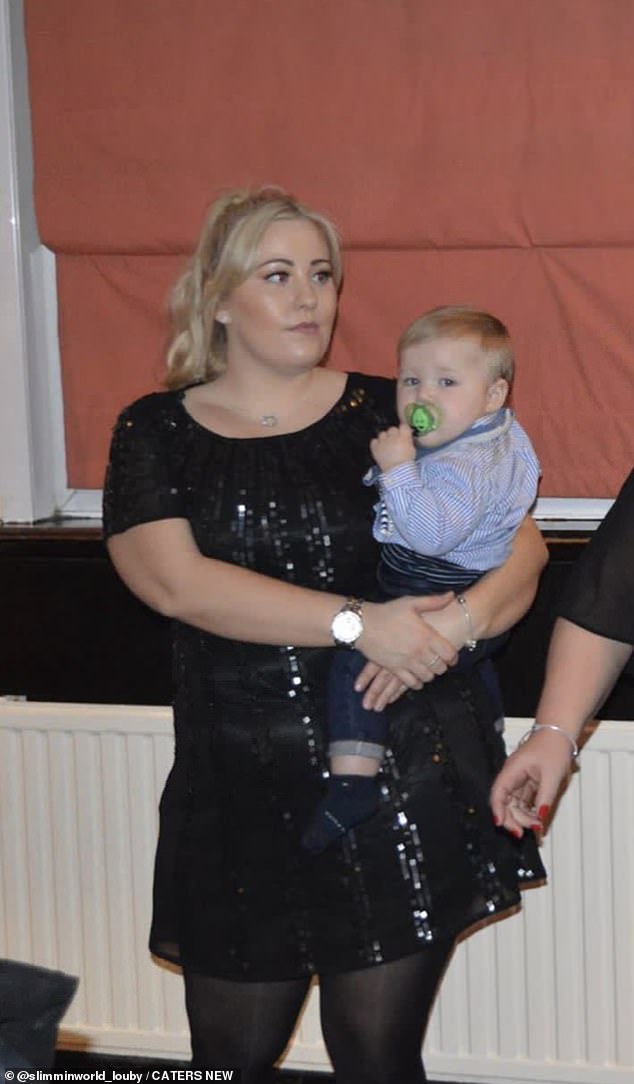 The mother-of-two struggled with bad eating habits while pregnant with her sons Finley, now five, and Reuben, now three (pictured, with Finley)

Lenna revealed: ‘Looking back, I can barely recognise myself. My own reflection was like looking at a stranger.

‘I felt so empty and low. I knew I had to change!’

In January 2019, Lenna joined Slimming World and has since praised the weight loss group for allowing her to eat unlimited potatoes, pastas and rice.

Lenna said: ‘I fell in love with Slimming World because you can eat unlimited carbs. 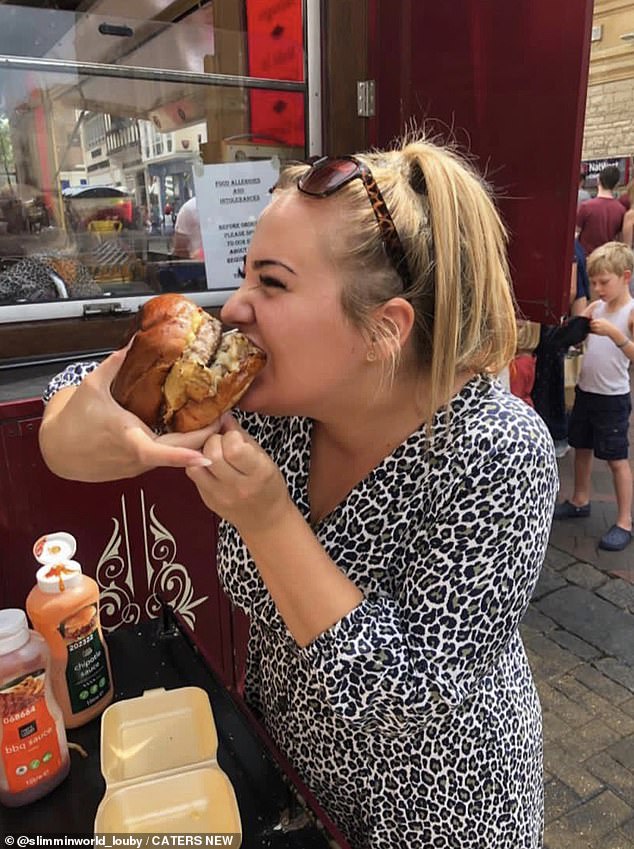 After packing on the pounds, the mother-of-two admitted she felt she ‘didn’t want anybody to look at her’ 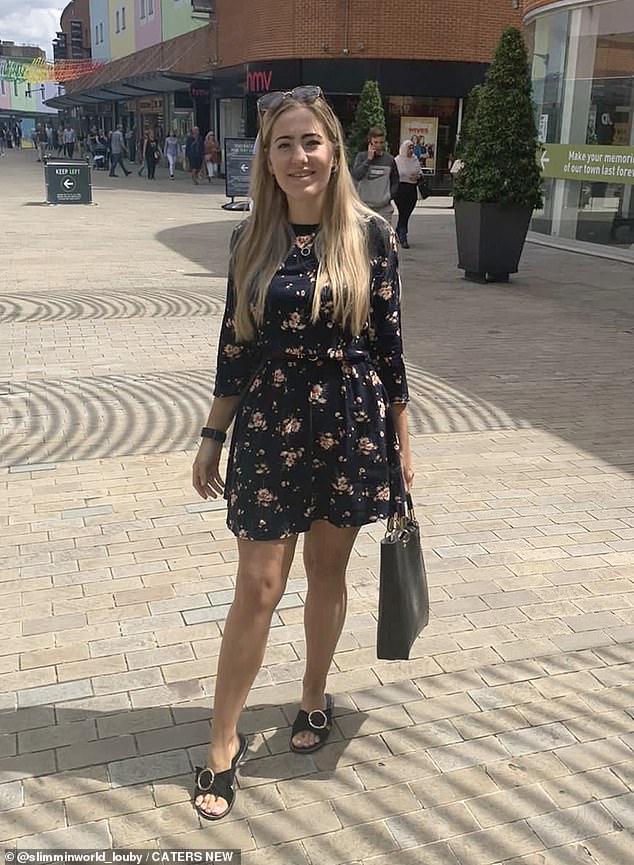 Lenna was amazed by the progression she could make by eating healthier meals, and quickly shed an incredible five stone

‘I’ve tried meal replacement shakes felt like one extreme to the other and I would always give up.’

She explained: ‘Hearing I can eat carbs felt too good to be true. I thought I would never lose weight.

‘But week by week, I did and now I couldn’t be happier.’ 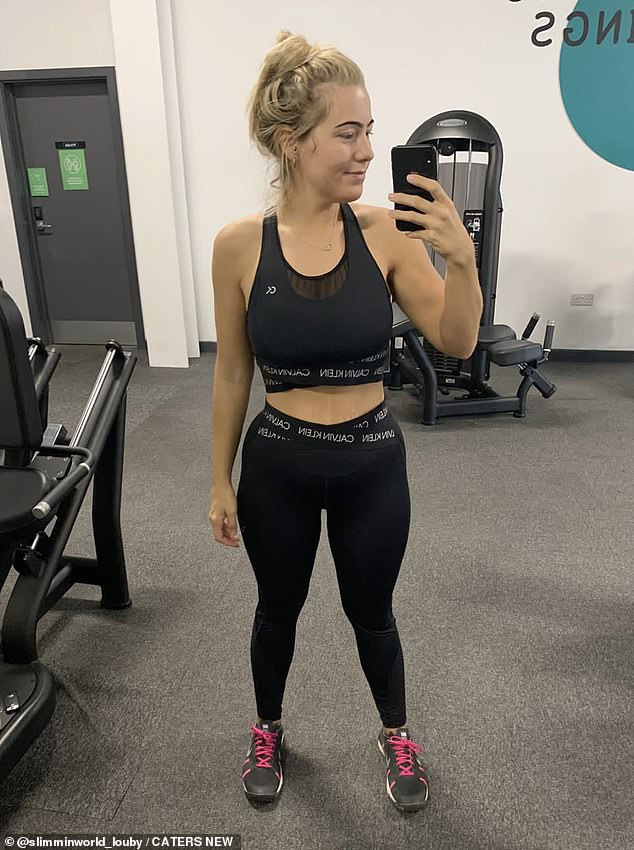 After losing five stone, Lenna decided to start going to the gym, which helped her to shift another stone, taking her weight to a healthy 10st 3lbs

Meanwhile she added: ‘I feel like a completely different person.’

After dropping five stone, Lenna started working out at a local gym.

She now encourages other people to ‘believe in themselves’ by sharing her story on social media. 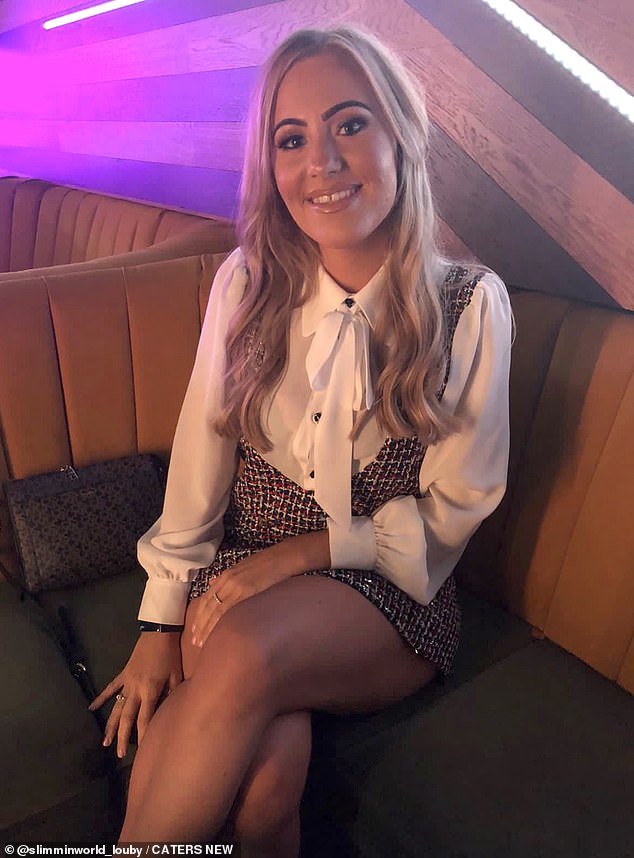 She said: ‘I was once an emotional eater who would eat to feel happy but then feel sad after.

‘I never thought I’d be able to change. But here I am, six stone lighter and a size ten!

‘I want other people to know that it is possible and you can lose weight.’

Dinner – Chinese egg fried rice, chicken chow mien, chicken balls, chips and chicken and mushroom curry – as much as I could fit on my plate

Dinner – Home made curry or Chinese