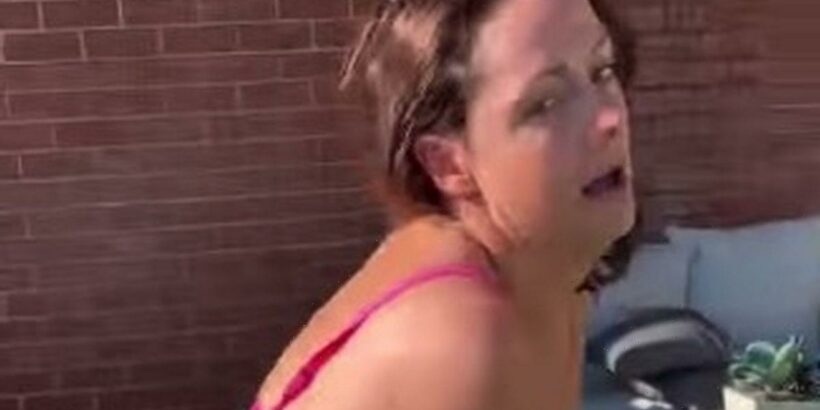 Celeste Barber, who is much-loved for her side-splitting parodies of celebrity Instagram posts, made a cheeky clip in which she copied the way a bikini-clad model was straddling a deck chair.

The Australian comedian, who has just under 7 million Instagram followers, pulls some hilarious facial expressions as she contorts her lips into a leery pout and thrusts her hips.

In another clip, Celeste mimics a model who is wearing a tiny bodycon dress and posing on a sofa with her bum facing the camera.

Celeste then has a go with her own soft furnishings, modeling a tight red dress and sandals while making a strange gesture with her hand that had people talking.

One delighted fan commented: "The hand in the end, I love it."

"Michelangelo’s 'Creation' has nothing on this hand five stars," joked a second appreciative viewer.

"The shoes and the tag hanging out of the dress does it for me," said someone else.

A follower added: "It’s her awkward smile for me! Love her!"

This comes after Celeste had a go at parodying Kim Kardashian's bum-flashing photo in which she wore a towel, a black bikini top, and a motorcycle helmet – leaving people in stitches

Celeste also paid homage to a seductive photo by Kylie Jenner but added her own tongue-in-cheek twist that her fans thought was too funny.

Fashion Nova is an online fast fashion retail company based in Los Angeles that mainly flaunts its clothing lines via Instagram influencers and models.

The brand is known for making tight-fitting clubwear with plunging necklines and daring cuts.