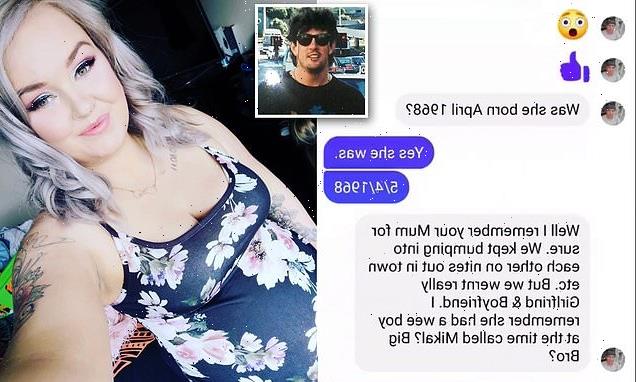 A mum has shared the first ever text message exchange she had with her long-lost father – who she always believed to have been dead when she was growing up.

Sharnee Butler, from Christchurch, New Zealand, said she had always suspected her father may be alive and spent ‘years and years’ looking before finding a ‘Noel’ on social media who she thought could be her dad.

The 31-year-old bravely sent him a message and the pair had a long exchange which suggested they could indeed be daughter and father She has since shared the messages on TikTok. 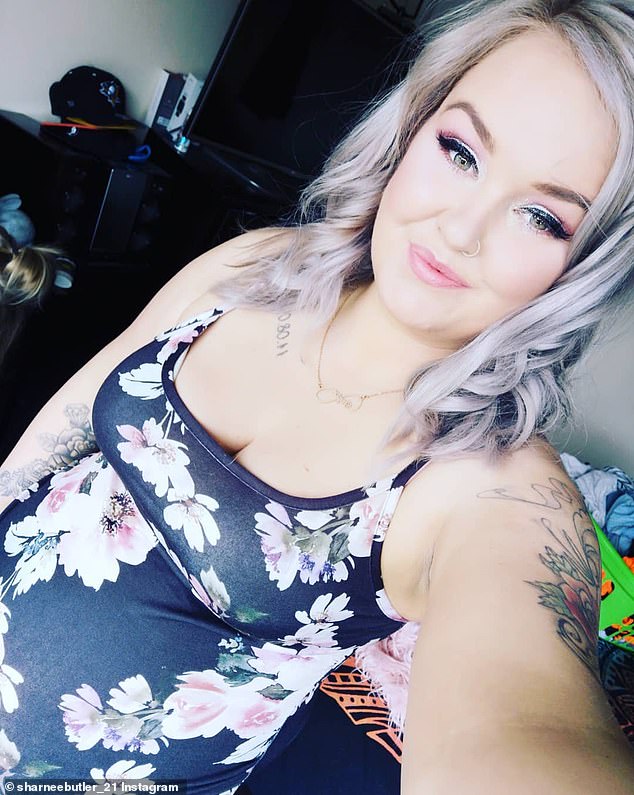 Sharnee Butler(pictured) from Christchurch, shared the incredible exchange she had online with the man she believes could be her long-lost father after spending years searching for him 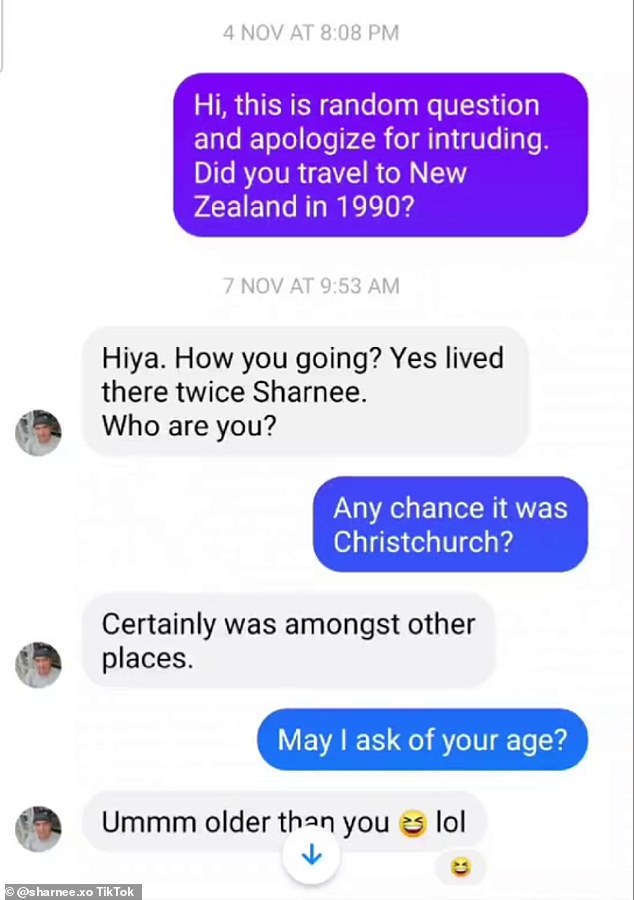 Only knowing his name was Noel and that he was ‘sports mad’ and from the UK, Sharnee found a man who fit that description on Facebook and bravely messaged him 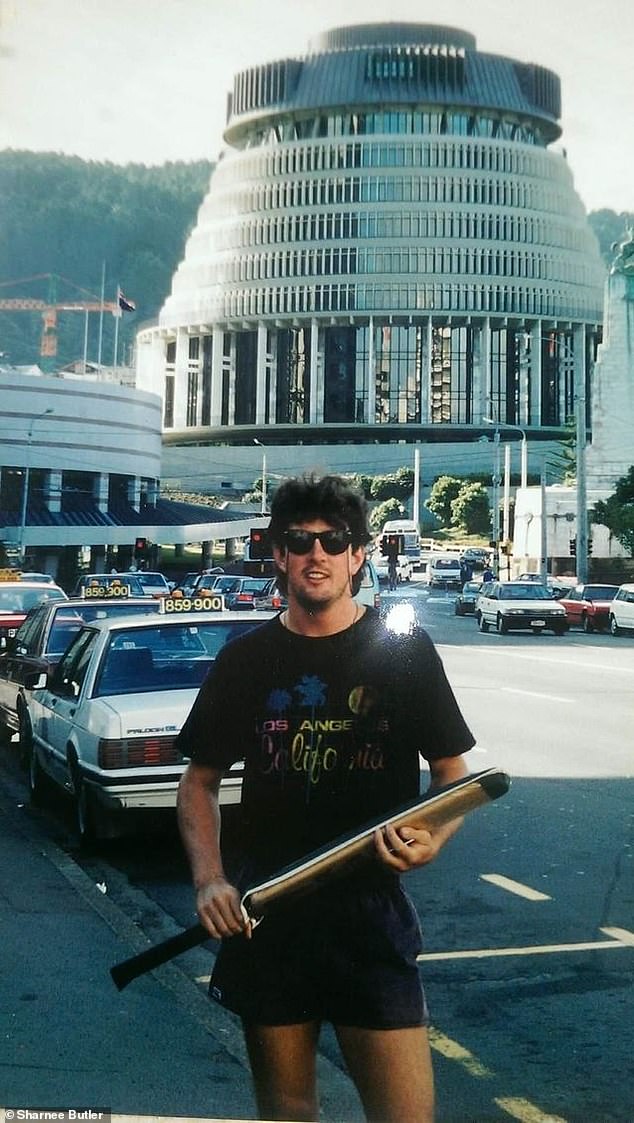 After an exchange in which the pair suspected they could be father and daughter, Noel shared a photo of himself in the early nineties when he lived in New Zealand and met Sharnee’s mum

Sharnee said growing up she knew ‘nothing’ of who her father was except his name and that he was ‘absolutely sports mad’ and from Britain.

‘I grew up thinking he was dead, when I was old enough, I knew something wasn’t right, and nobody had answers,’ she told FEMAIL.

‘I had so many questions but there was never any answers.’

Sharnee put out the word she was looking for her father with all the details she knew on online forums and TV shows ‘several times’ but had no luck.

Never wanting to give up, she spent years researching and looking for answers.

‘One night I just decided to search his name on the internet. With such a common name it took a few hours, but I came across this one man who was all about sports,’ Sharnee explained.

‘His social media was sports, sports, sports, and I also saw he lived here in Christchurch back in 1990-1991 and moved back to the UK. So that’s when I decided to just send that man a message.’

Sharnee didn’t drop the bomb on Noel immediately and the pair had an exchange in which he revealed he had lived in Christchurch for a time in the early nineties and was much older than her. 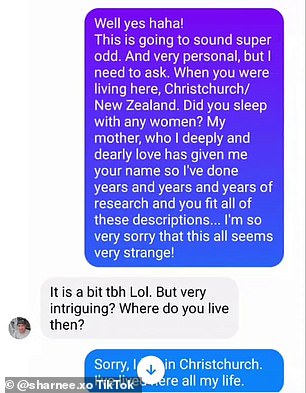 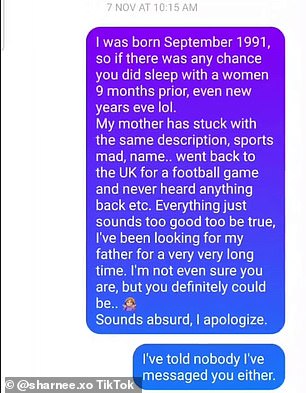 ‘This is going to sound super odd. And very personal but I need to ask. When you were living here in Christchurch/ New Zealand, did you sleep with any women?’ Sharnee boldly asked 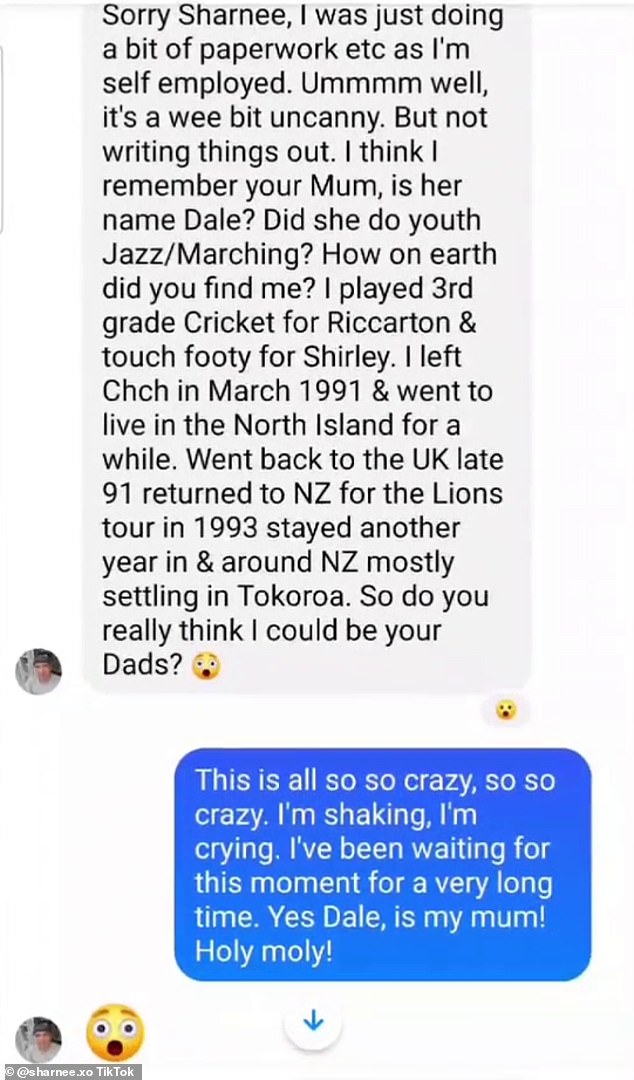 Noel, who is from Wales, said he thought the questions were a bit personal but admitted the information was ‘very intriguing’ and gave more details that matched Sharnee’s description

‘This is going to sound super odd. And very personal but I need to ask. When you were living here in Christchurch/ New Zealand, did you sleep with any women?’ Sharnee boldly asked.

‘My mother who I deeply and dearly love has given me your name so I’ve done years and years of research and you fit all these descriptions…I’m so very sorry that this all seems very strange.’

Noel, who is from Wales, said he thought the questions were a bit personal but admitted the information was ‘very intriguing’.

Sharnee gave some more details and said that her mum ‘stuck with the same description’ of her dad all her life telling her he went back to the UK for a football game and she never heard anything back. 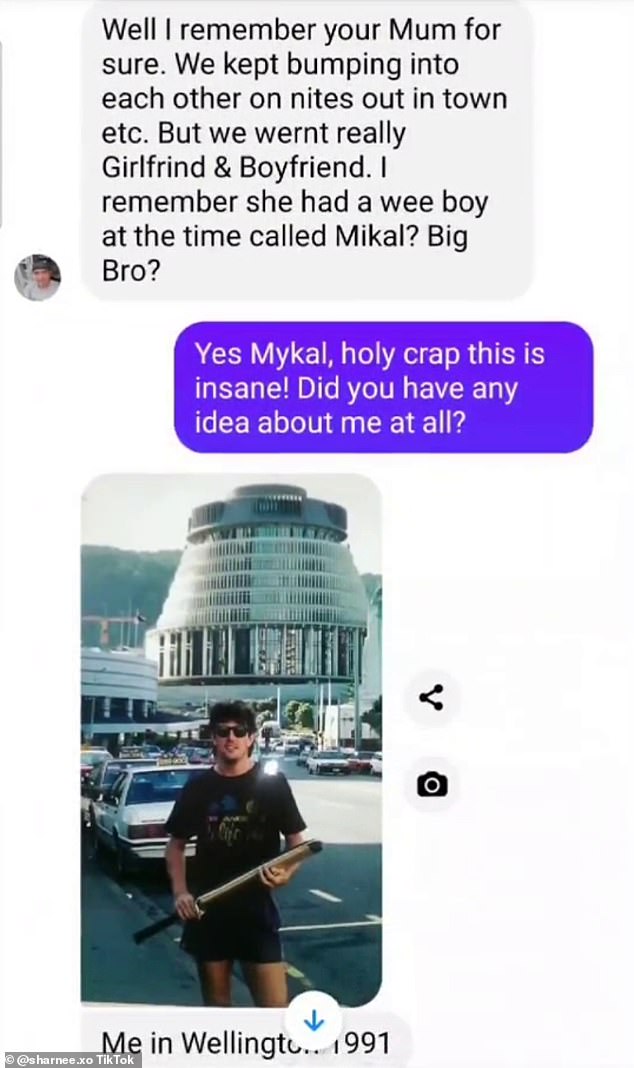 Noel gave a clue Sharnee was closer than ever to finding her long-lost dad as he asked if her mum’s name was Dale. He also remembered Sharnee’s older brother Mykal

‘It’s a wee bit uncanny but I’m not writing things out,’ Noel replied and asked how on earth Sharnee found him.

It was then Noel gave a clue Sharnee was closer than ever to finding her long-lost dad as he asked if her mum’s name was Dale.

‘So do you really think I could be your dad?’ he finished.

‘This is all so so crazy, so so crazy. I’m, shaking, I’m crying. I’ve been waiting for this moment for a very long time. Yes Dale is my mum! Holy moly,’ she wrote back.

Noel said he remembered Dale ‘for sure’ as they would often ‘bump into each other’ on nights out but weren’t in a couple. 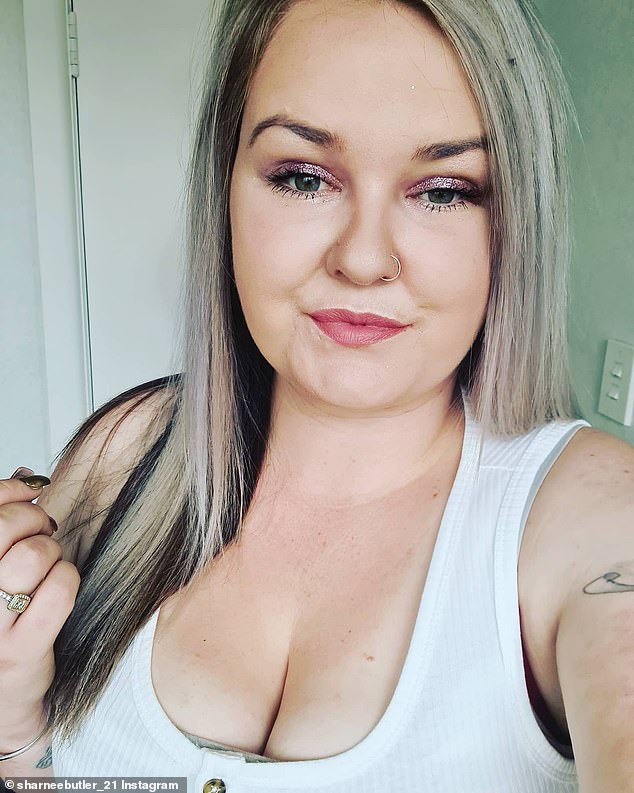 He also remembered her older brother Mykal and pointed out Sharnee could be half Welsh.

‘Holy crap this is insane. Did you have any idea about me at all?’ Sharnee asked before Noel sent her an old photo of him while he was in Wellington in 1991.

‘No I didn’t Sharnee. I’m so so sorry,’ Noel responded.

The exchange quickly went viral on TikTok racking up more than 8.4million views and thousands of shocked comments from people wanting updates.

The overwhelming response prompted Sharnee to start a fundraiser on Give a Little to save money so Sharnee can meet her ‘potential dad’ in Wales and do a DNA test to confirm their suspicions.