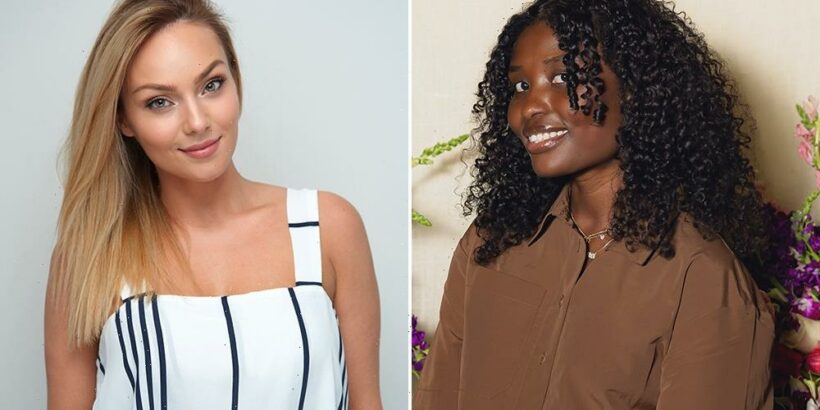 Both report to Melissa Victor, SVP and head of publicity for the Sony Music label. Both are based in Los Angeles.

Wilks (pictured at left) was previously senior director of public relations and has worked on the media campaigns for Giveon, Bia and Mimi Webb as well as newcomers India Shawn, Melvoni and MK xyz, among others. Prior to Epic, Wilks was director of the celebrity division of Wilhelmina Models, and worked at Roc Nation conceptualizing and executing media campaigns for for such artists as Meek Mill, Mustard, Fabolous and more. She co-founded The Brownie Agency, an organization that “promotes culture, good vibes and Black Girl Magic” which has been showcased in campaigns for Beats By Dre, Nike Women, and Jordan.

Geday arrives from her own firm, NMG Relations, which she launched in 2012, guiding the media strategy for talent and executives across music, TV, film, sports and politics for such clients as EMPIRE, Rhino Records, Republic Records, Electric Feel Entertainment, NBCUniversal, FOX Entertainment and Beyond Athlete Management. She’s also held PR roles at RCA, Capitol Records, and 19 Entertainment. Her new position marks a return to Epic, where she started her career as an assistant in the media department in 2006.

Said Victor: “Ayanna is immensely respected and trusted by her colleagues, artists, managers, and press partners with good reason — she’s one of the most diligent and dynamic media executives in the business. Moreover, she has galvanized the success of a new generation of marquee artists. It’s an honor to share the news of her much-deserved promotion. Natalie and I have worked together for too many years to count! She’s one of the most savvy and hard-working publicists in the business, and she’s going to be key to our continued evolution and growth as a team. I’m so honored to work alongside both of these fantastic executives.”

+ Motown Records has appointed Daniel Gillick as head of content strategy. Expanding the label’s digital initiatives, the L.A.-based Gillick will oversee original content strategies across all of Motown’s artists and partners. He reports to executive vice president and COO Alison Finley.

Gillick arrives from Triller where he was global head of content. He also served as an early member of TikTok’s U.S. music team. He started his career at Capitol Records and, later, Sony Music Entertainment in publishing.

Said Finley: “Motown is committed to creating new opportunities for our artists to engage with their fans and new audiences around the world. Daniel’s background brings an incredible opportunity for Motown to expand upon our successful track record of creating content that influences global culture.”

+ S10 Entertainment, management home to Anitta and Normani which also operates a music publishing company, record label and TV/film division, has announced the promotions of Jay Cao and Justin Hunter and the appointments of Miranda McEvoy and Jessica Roxana. All report to S10 founder and CEO Brandon Silverstein and work out of the L.A. office.

Cao has been with the company since 2016 and served as creative director & manager. He will work across S10’s management roster, record label, publishing catalog and ventures.

McEvoy oversees day-to-day operations at the firm. She arrives from Snap Inc., where she worked for CEO and cofounder Evan Spiegel.

Roxana has served as S10’s director, artist management since January, handling day-to-day duties for Anitta and the company. She previously worked at TMWRK Management with such for top artists as Major Lazer, Diplo, Silk City and others. She also handled administration and back-end support at Mad Decent, Diplo’s label.

Hunter joined S10 in 2019 and will oversee and streamline communication across S10 divisions. He previously worked at Endeavor under executive chairman Patrick Whitesell.

Said Silverstein: “I’m thrilled to announce and to celebrate these executives. Jay and Justin have been with me for years and I’ve seen their devotion to making S10 the success it is today, while Miranda and Jessica have already helped push us forward in important ways in the time they’ve been here. The throughline between all four of these talented and driven individuals is that they not only understand the entertainment landscape we’re working in today, they have the intelligence and the strategic thinking necessary to succeed in what’s coming tomorrow.”