My dance with a Magic Mike stripper: JAN MOIR hears an audience of women squawking like turkeys at Channing Tatum’s sell-out male strip show – and asks what would feminists say if the roles were reversed?

Lay-dees, are you ready for a beast to bring out the beauty in you? Do you have the nerve to put down your prosecco and take part in the ultimate thong and dance show?

One of the first volunteers onto the stage was a ‘lucky, lucky lady’ called Lauren Adams. By day she is the apple-cheeked actress who provides a sweet voiceover for the current My Little Pony television adverts.

By night, she found herself lying on a huge leather bed on a West End stage, ripping off the jeans of a male dancer suspended from chains above her prostrate body. Well, someone had to do it, Lauren. 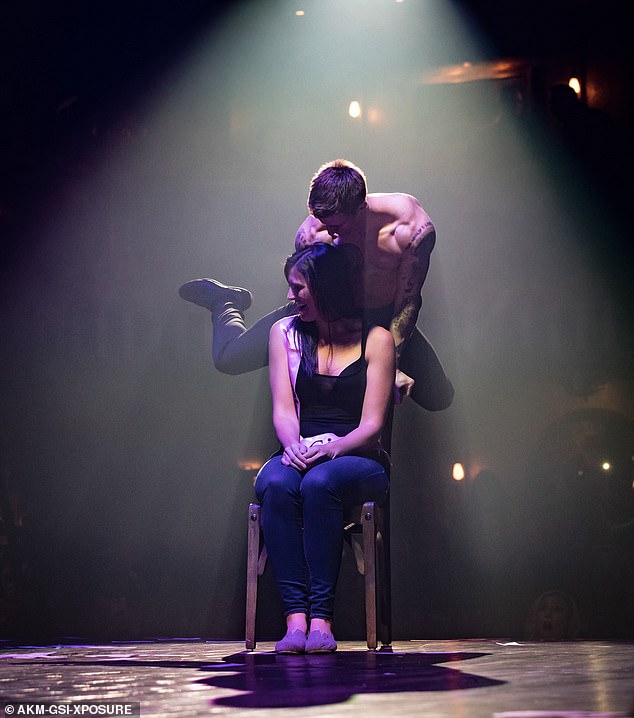 ‘It was the ultimate experience! I am still in shock. What a treat I got,’ said the Bedford mum-of-one afterwards.

Meanwhile, Tina from Romford thinks that her £125 front-row seat was worth every penny. ‘I got three lap dances from three different Mikes, one of them even picked me up,’ she squeals. ‘My mates are all really jealous.’

Her friends, sipping on giant Kitty Kiss cocktails, actually look thrilled for her — until she explains why she thinks she was the chosen one in their group.

‘Perhaps it was because I am quite small compared to them?’ she wonders. Oh, Tina!

The exotic new show — almost identical to the Las Vegas original which has been running for over a year — takes its inspiration from the blockbuster movies Magic Mike and Magic Mike XXL, based on Channing Tatum’s own experiences as a male stripper in Florida before he became a Hollywood heartthrob. 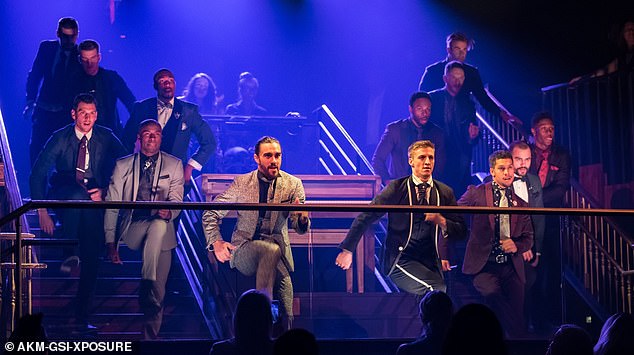 This is the basic scenario: a dozen male dancers peel off and get down to a thunderous soundtrack and a variety of slick routines — accompanied by lusty screams from their appreciative London audience.

If you have ever wondered what hundreds of constantly excited women sound like, imagine a flock of wild turkeys being compressed in a padded mangle. ‘Wheeeeee-uuuurk!’ they cry at every Zeppelin-sized bicep. ‘Aaargh-umph.’

Based at the 325-seat Hippodrome theatre in Central London, Magic Mike Live is destined to become hen party central from now until next October, at the very least.

It has already taken £4 million in advance sales at the box office, with ten shows every week and most of those sold out for months ahead.

There are VIP packages, but general tickets sell at £125 for a front-row table seat, £95 for a couch seat (like mine) or £65 for general seating.

At the door, we Magic Mike-eteers queue to have our hands stamped with a unicorn — at least I hope it is a unicorn — before entering the theatre, which has been turned into a nightclub for the duration.

Charming waiters fetch giant goblets of wine, amid a fevered atmosphere in a place where, the Magic Mike website promises, women can expect their ‘desires to be heard while they are treated like goddesses, a place where they feel comfortable and proud’. 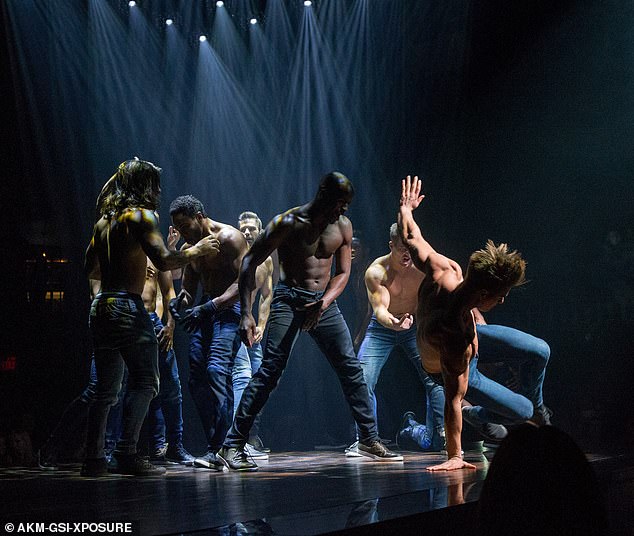 Yeah? Well they should tell that to a bride-to-be from North London who howls like a wolf as she straddles the lap of an ever-obliging Mike, who is only wearing underpants.

‘Give me a cheer if your husband thinks you are at Les Mis,’ cries the male compere.

Still, one can’t help but wonder where the sexual politics of the day leave shows such as this. While it is more wholesome than you might expect — there is even tap dancing! — we are at a confusing social juncture when it seems absolutely fine for women to behave like sex-mad crazies, but completely unacceptable for men.

If a show called Red Hot Hannah had taken up a year-long residency at a major West End theatre like the Hippodrome, complete with female strippers performing saucy simulated sex routines and lap dances with drunken patrons every night, there would be feminists rioting in the streets.

Can women have their beefcake and eat it, too? The answer seems to be yes, in a #MeToo world where sexual harassment is a one-way street, where men are born guilty and the moral high ground is a female-only zone of furious slogans.

Channing Tatum himself does not appear in the show, but he did introduce some performances at the weekend. The 38-year-old actor has said previously that he believes the whole point of male stripping is to go out and make a fool of yourself. 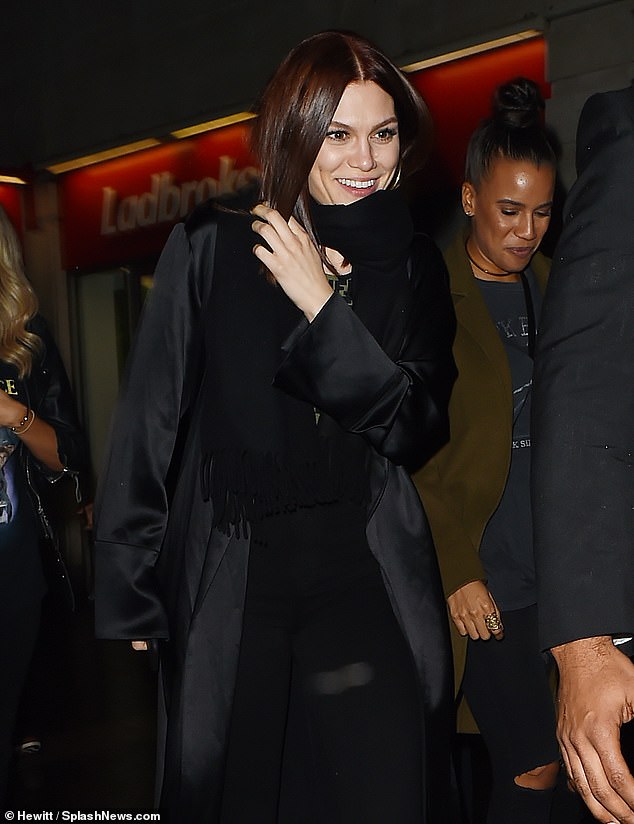 ‘That’s what girls and women want. It’s not really sexy. It’s kind of cheesy. Women are so sultry and sexy, and that’s why guys go to strippers. But I think girls go to be embarrassed with their friends.’

To be fair there is nothing sordid about Magic Mike, and the show’s popularity underlines an essential gender difference in the stripping world: audiences of women at a strip show want to be entertained and have a rollicking good time, whereas men just want to see nudity and ogle women.

However, there is no full-frontal nudity here — thank God — and only a few glimpses of some truly mighty buns of steel.

Instead, there is athleticism and astounding dance routines. The Magic Mikes are like a boyband would be, if that boyband had natural grace, talent, and had spent their entire lives training like Olympic athletes in assorted dance disciplines.

AND I don’t know if there is a diploma in raunchy routines, but if there is the Mikes all deserve one of those, too.

For 90 non-stop minutes they tumble on and off the stage like hard-bodied Russian dolls; each bigger and better than the last.

Even I am swept away in the excitement during a romantic interlude, where the Mikes put on smart shirts and select members of the audience to slow dance with them to an Ed Sheeran track.

‘Would you like to dance?’ says a deep voice at my elbow, and I almost scream with fright. Still, it would be churlish to say no. Gorgeous Aaron and I shuffle about for a bit, and I note that he is wearing delicious cologne and his shirt is damp with dance sweat.

‘Sorry about that,’ he says, asking my name and where I come from. He is charming and polite, as if I were a friend of his mother’s he had bumped into at church. In fact, I notice that all the Mikes are scrupulously polite to the women in the audience, they even gyrate in a mannerly way.

Oddly enough the only jarring note comes from the MC, Sophie Linder-Lee.

It’s not her fault that she is equipped with a terrible and rather blue script, or that she is called upon to address the gender wars at the end of a show which she claims celebrates both womanhood and manhood.

‘If we listen, respect and care for one another we can all feel free to get nasty together,’ she says.

Good try. But that’s not the answer at all. Wheeee-urk.