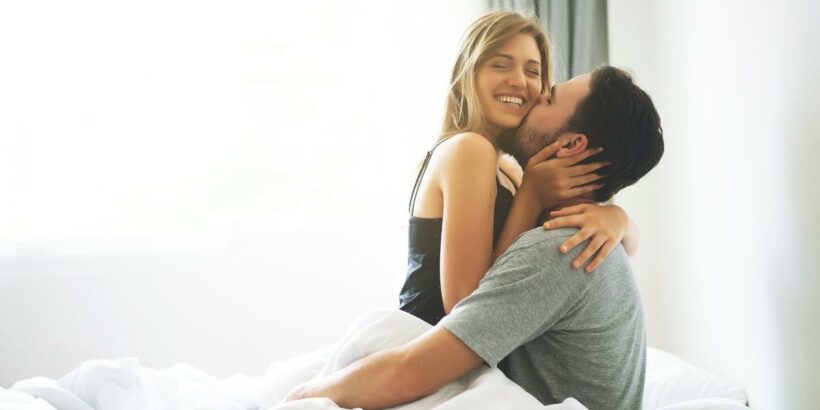 My partner is still spending a huge amount of time with his ex. I’m convinced they sleep together.

Three nights a week he stays over at her place because it’s “easier for work”.

We moved to the country after the first lockdown and for a while we both worked from home.

But then he suddenly announced he had taken an office job in the city – right by her house. This was never discussed with me.

Now I wave him off every Tuesday morning and he doesn’t come back until late Friday night.

Sometimes he has to “work” at weekends too, so spends even more time with her.

When I complain he huffs, “You’ll just have to grow up and trust me.” But why should I when every fibre in my body is telling me I’m being played?

He swears she has a rich boyfriend and that he hardly sees her because she’s busy with her new life, but I don’t know I believe that because he never fancies sex with me any more.

Things aren’t helped by the fact his ex loathes and despises me. The few times we’ve met, she’s been unbelievably rude and insulting. Moving to the country was supposed to be our dream but he’s rarely here.

Now I’m lonely and feel vulnerable on my own. Recently there was a storm, all the lights went out and water gushed into the kitchen. I was terrified.

I tried to ring him for comfort and advice, but he didn’t pick up.

The next day he apologised for “being asleep” but I’ve convinced myself he was too busy bonking her. This was never the plan.

JANE SAYS: Trust your instincts because you sound like a woman on the edge.

Not so long ago, you and your partner were planning a blissful new life in the country. Now you hardly ever see him and feel exposed and ridiculous.

He’s taken on a job without asking your opinion and, guess what? The only possible place he can stay is with his ex-partner. How handy…

This is crunch time. He now needs to decide where his loyalties lie.

Is having two women squabbling over him boosting his fragile ego? I suggest you ask him. Unless he is prepared to make some massive changes, then you cannot afford to stick around.

Stand up for yourself, tell him you’ve had enough.

Sadly, if this move to the country hasn’t worked and you’ve been let down, then you must speak to family and friends for support.

Don’t even think about your pride. Admit you’ve made a mistake and get help.

If your guy honestly thinks it’s okay to mess around, then he was never right for you.