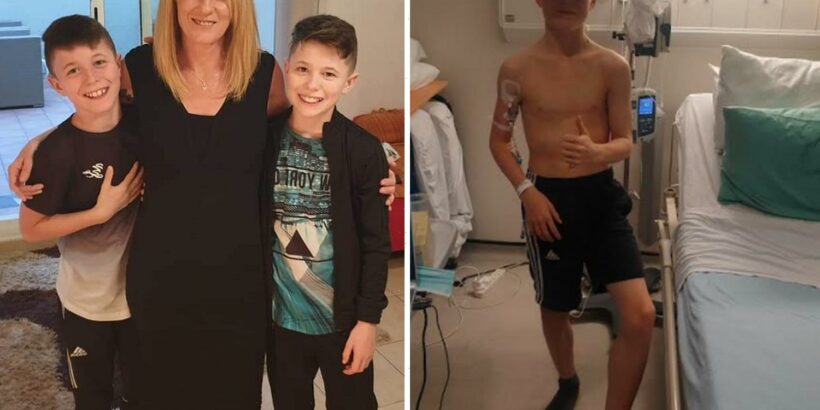 PLAYING football for his local club one day, youngster Ryan Thomson started to look 'sluggish' on the pitch.

His mum Audrey new something wasn't right with the outgoing 14-year-old and was shocked when his symptoms developed. 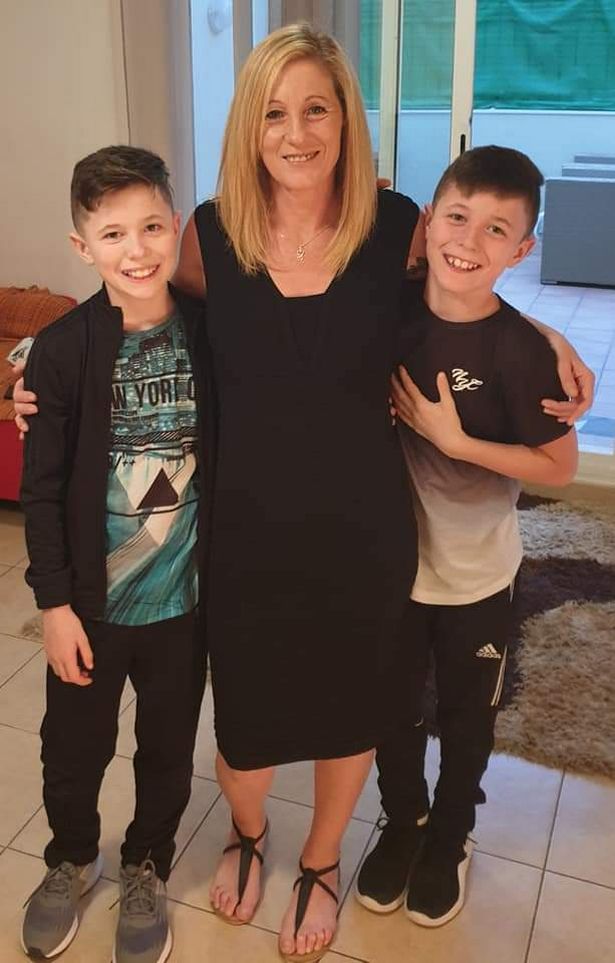 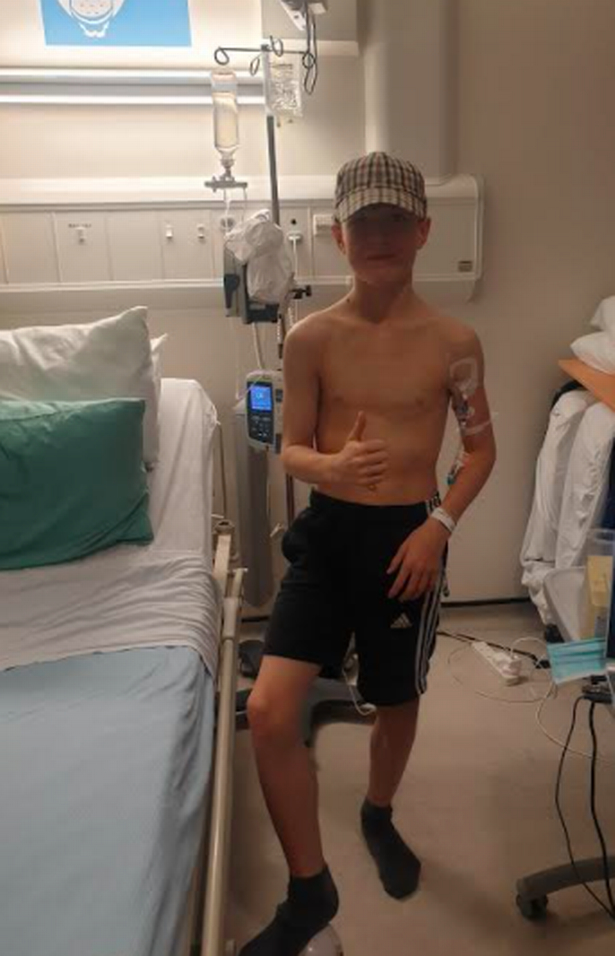 Ryan, who lives in Falkirk, Scotland began to lose weight and was suffering with itchy skin that spread across his body.

At first his mum thought that the Stenhousemuir FC Community 07's player had an allergy – so changed her washing detergent.

But his skin symptoms didn't improve and at the end of January, he started to complain of swollen glands.

Concerned, his mum made an urgent GP appointment and within hours of seeing his doctor, Ryan was taken to hospital where he had scans and blood tests.

He was then taken by ambulance to Queen Elizabeth University Hospital in Glasgow for further tests.

Medics told Audrey, 53, to not be alarmed, but that her son was being taken to a cancer ward. 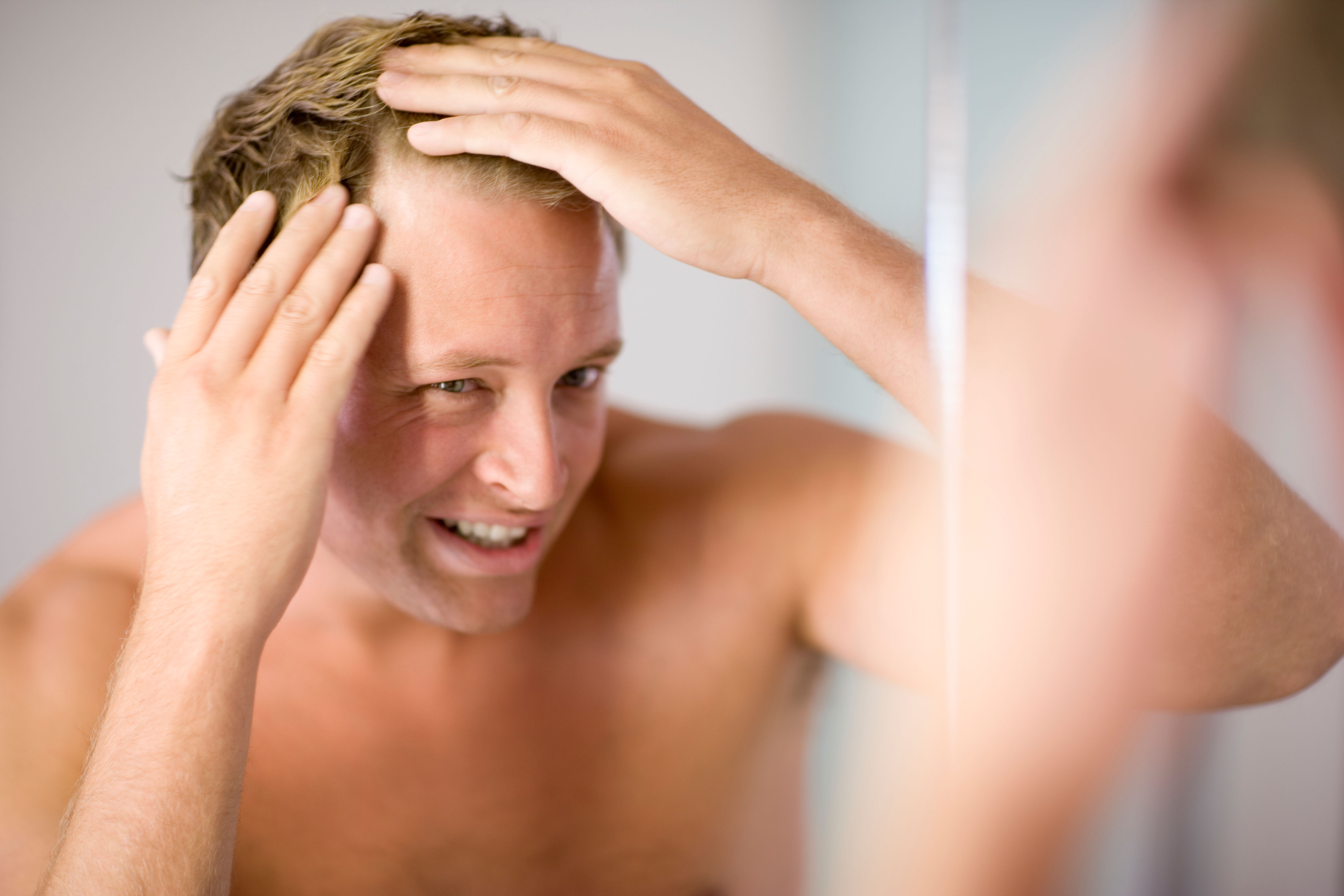 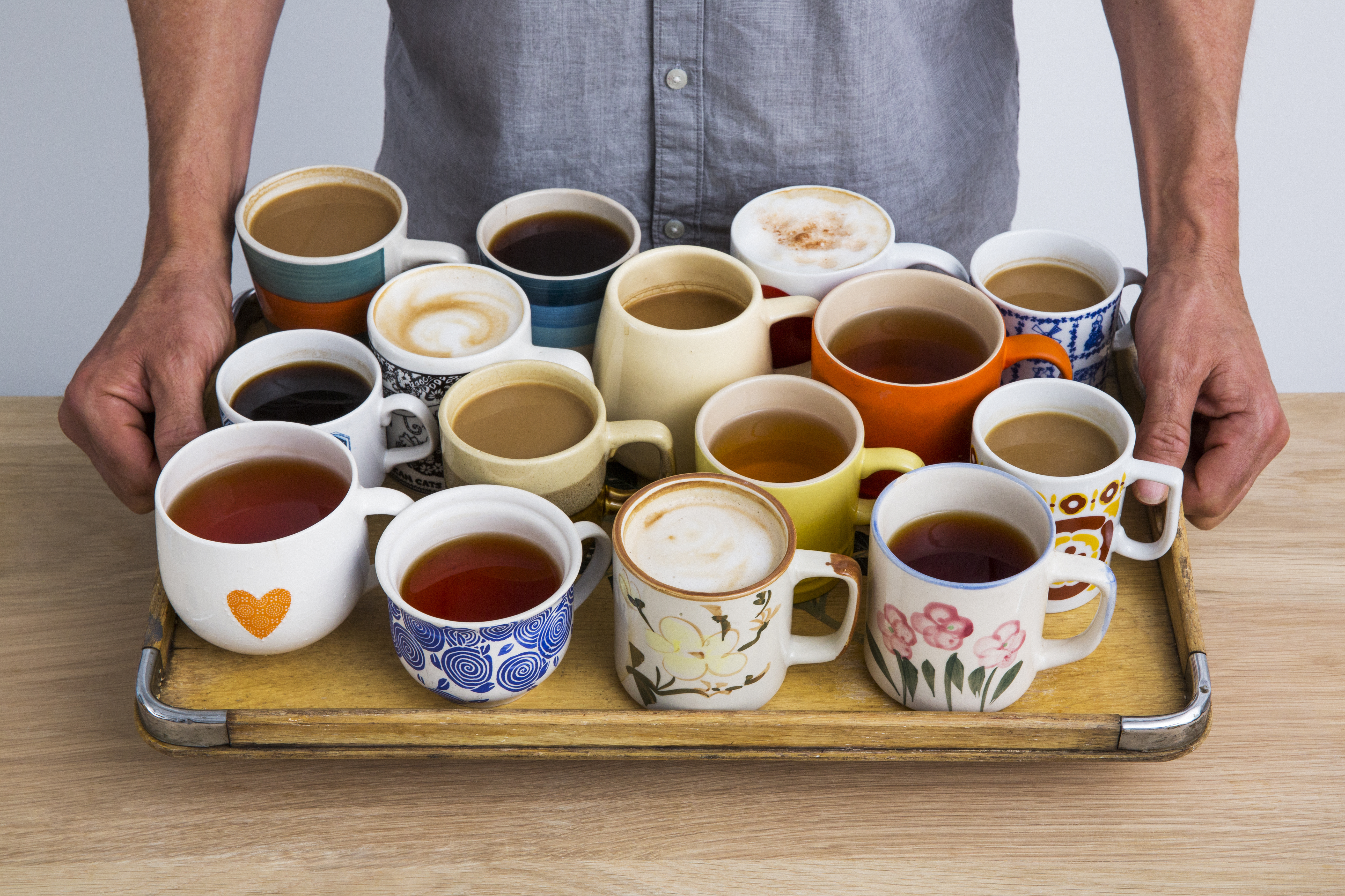 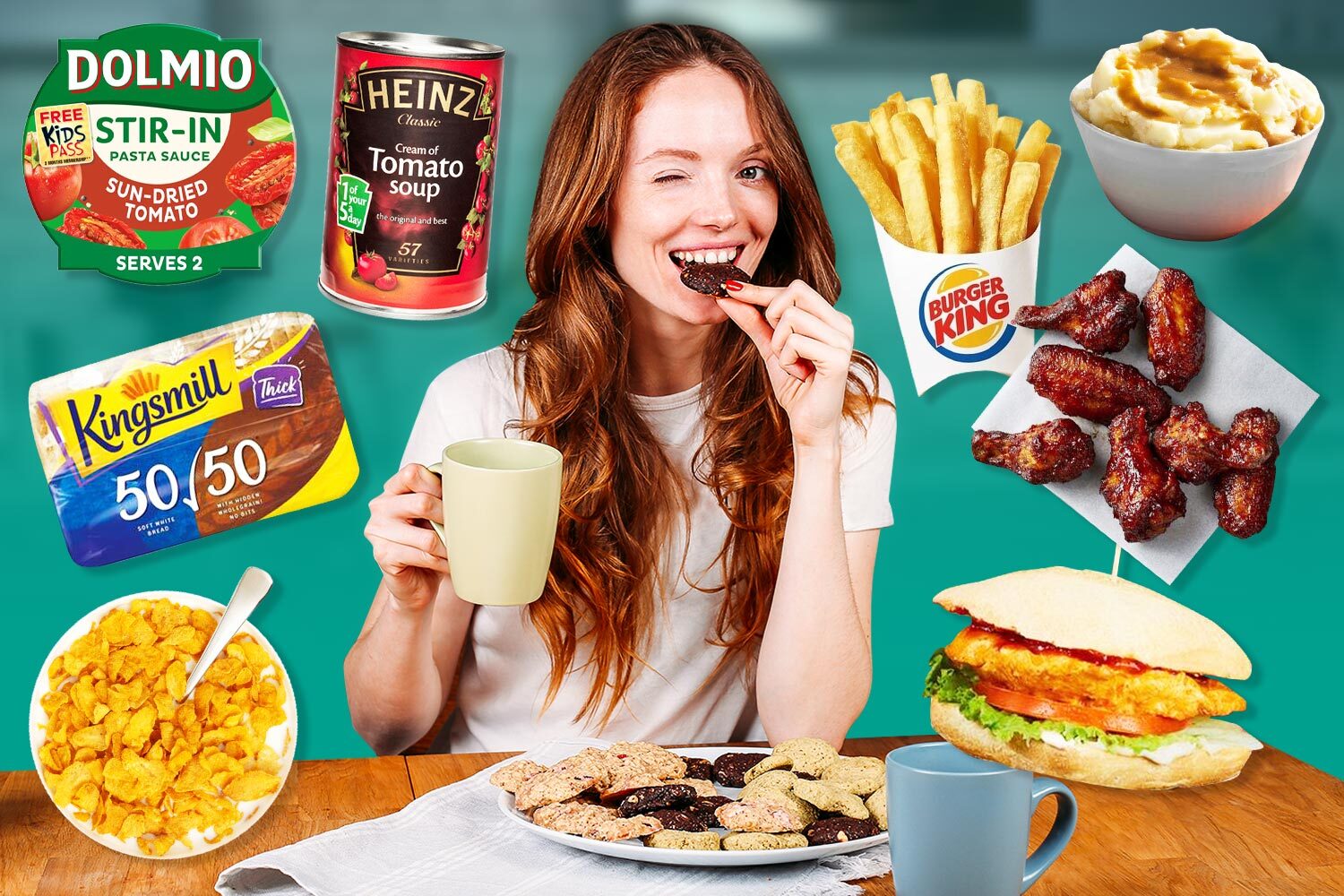 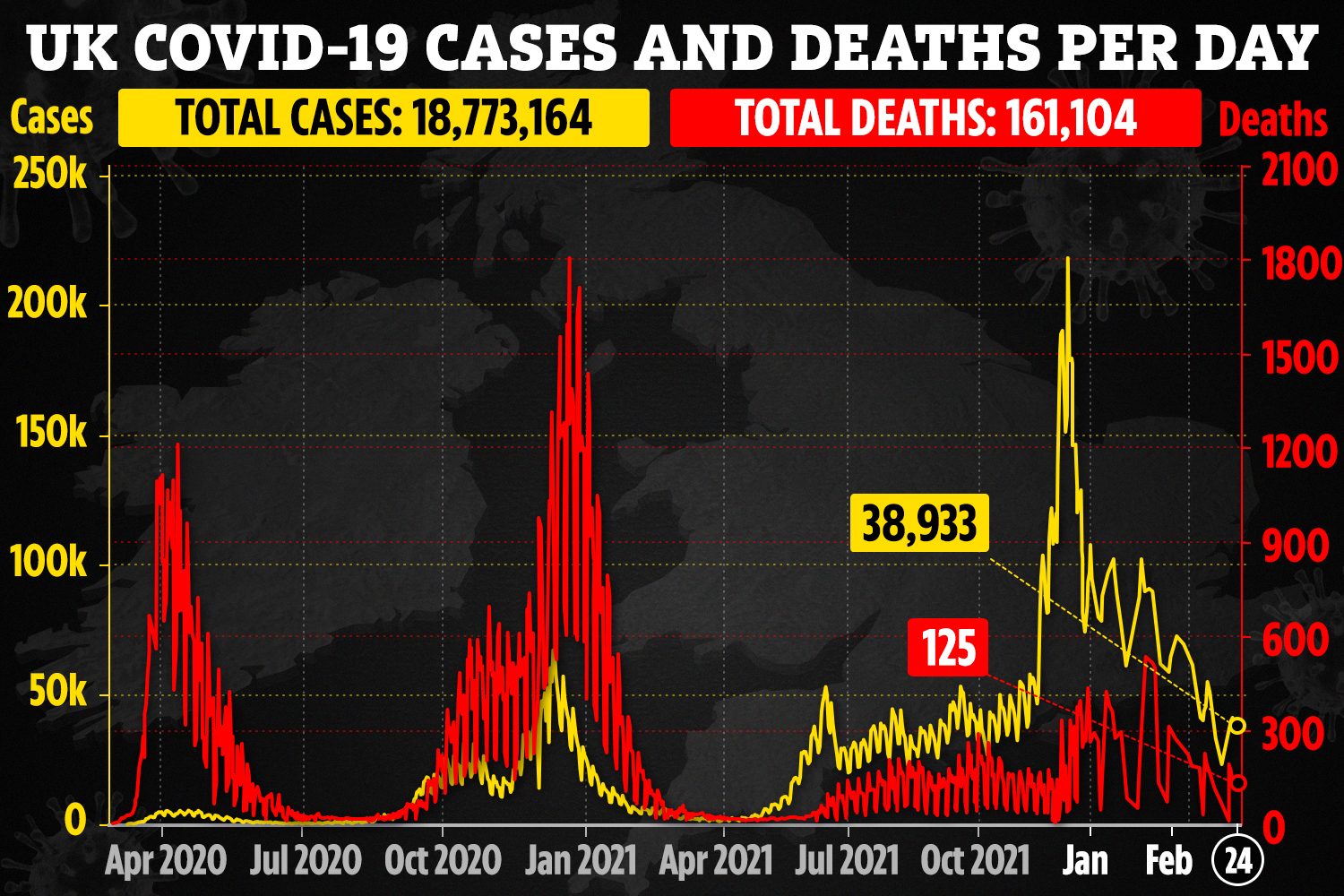 Just a week later Ryan was told that he had a rare form of blood cancer, Hodgkins Lymphoma.

One in three people with the disease have itchy skin. Unexplained weight loss, swollen lymph nodes and night sweats are also common signs.

Lymphoma can cause many different symptoms, depending on which type of lymphoma it is and where it develops in the body.

Audrey said the cancer was stage two and was found in the neck and chest.

"It was terrible, but it was actually a relief because it wasn’t in stage three, four or five, which meant he wouldn’t need as much chemo and probably not radiotherapy", she told the Daily Record.

Ryan has had chemotherapy and is currently isolating to reduce his risk of catching coronavirus – which would push back his treatment.

What are the signs of lymphoma cancer?

Lymphoma can cause many different symptoms, depending on which type of lymphoma it is and where it develops in the body.

The most typical signs are:

Other signs of lymphoma cancer in a more localised area include:

The family are hoping that the treatment will be complete by August so that Ryan can go out with his friends, as his twin brother Kyle is still able to.

She is now trying to raise awareness of the symptoms of Hodgkins Lymphoma.

"I would never have thought that itching or weightloss was a sign of cancer. I just want other parents to be aware of the signs.

"Ryan was diagnosed quite early but if it went on longer we could have been in a different situation. You need to know your kids. It's hard when boys are teenagers, they don’t tell you anything, but I just knew something was wrong."

Audrey praised Ryan for being a 'good boy' but said he is no longer able to socialise with his friends as his life has been put on hold.

In order to keep his spirits up a fundraiser has been launched to help get Ryan a 'man cave' and to lay astroturf in his garden so he can continue to play football.

The goal is to raise £2,500 to help Ryan recover in comfort.