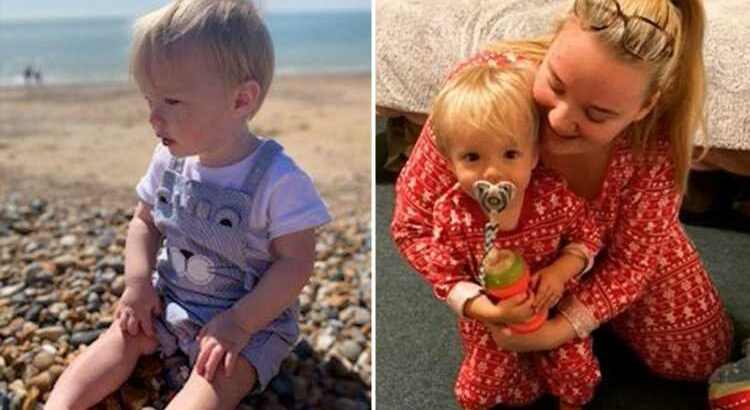 A MUM has retold the heart-stopping moment her son went blue in the face as he choked on food he'd stolen and stuffed into his mouth.

Amiee Eaton, 20, had to think fast and save Tobi’s life within minutes, but admits she was “petrified”. 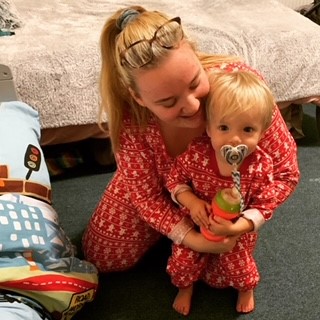 It comes as new statistics show that two in five parents wouldn’t feel confident performing first aid on their child.

The same proportion wouldn’t have a clue what to do for some key emergencies, like a seizure or severe burn.

Mums are particularly fearful; for example, 65 per cent would worry about being alone with a child who was unresponsive and breathing, compared with 44 per cent of dads.

To mark World First Aid day, The British Red Cross are urging people to brush up on their first aid knowledge, because you never know when it might be needed.

Parents can learn basic and potentially life-saving skills while waiting for the kettle to boil, experts say.

Aimee Eaton, 20, had to put her first aid skills into practise just one day after learning them.

Just before the November 2020 lockdown, Aimee, from Sussex, was at home with her 18-month-old son Tobi.

She was giving Tobi and some friends their dinner, when she spotted him take a handful of food from another child’s plate.

“I went over to tell him you shouldn’t steal food,” she said. “But as I went to take it off him, he shoved the food into his mouth without chewing.”

Tobi was gagging for around 30 seconds before Aimee realised the food was lodged in his throat.

“He just stopped and instantly started turning blue,” Amiee said. “He looked as though he wanted to be sick but couldn’t.

“I was absolutely petrified.”

Aimee first tried to deliver blows to Tobi’s back while he stood straight before tipping him over her knee, so his head was pointing to the floor.

“I smacked upwards on his back between his shoulders four or five times before the food came out,” she said.

“I was scared to smack him too hard – it goes against everything you believe in. But I also knew that I couldn’t let him choke.” 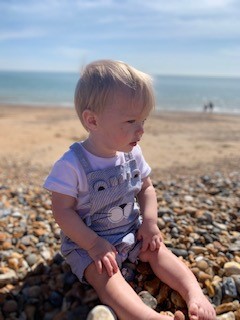 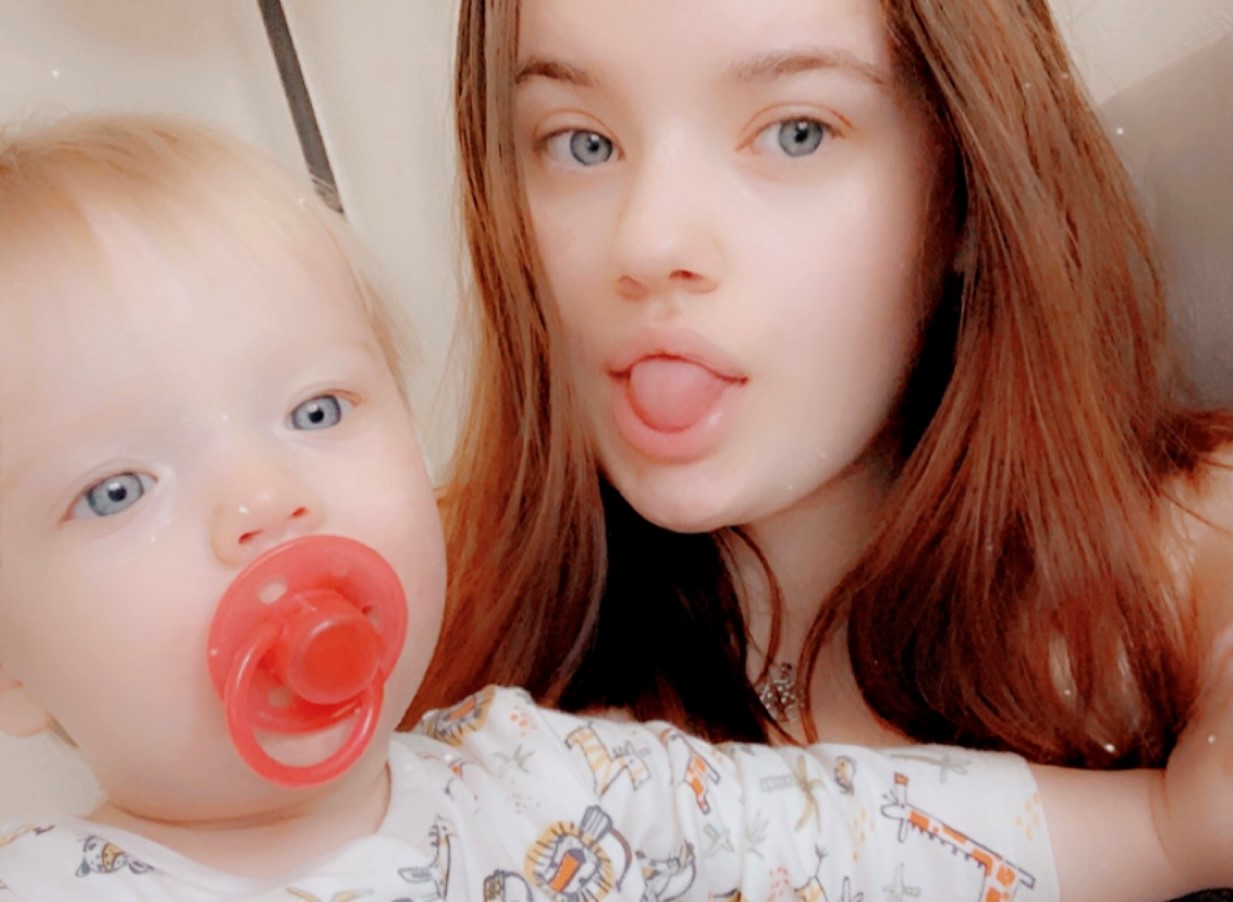 Fortunately, just the day before, Aimee had taken a virtual first aid course with the British Red Cross.

She said: “If I hadn't had that training, I honestly don't know what I would have done. I probably would have just gone into a panic or screamed for someone to help.

“My friend was there and she was freaking out worse than I was.”

Thankfully, Tobi, now two-years-old, has now recovered from the ordeal, but his mum is on a mission to get all parents to learn vital first aid.

“Definitely do the first aid training. It’s free, doesn't take long, and can save someone's life,” she said.

Learn as you make a cuppa

Ken Fraser, First Aid Clinical Manager at the British Red Cross said: “If people don’t feel confident in their first aid skills, then they may be more hesitant about delivering first aid, which is concerning.

“Doing first aid is really important for reducing the seriousness of any injury or accident.

“Kids are always picking up bumps and scrapes – learning first aid can help you feel more confident treating minor injuries at home and knowing when to get medical attention, which is key.

“Even if you’re first aid trained, you should still call 999 in an emergency, or 111 if you are unsure and need advice.”

Ken said although performing first aid can seem daunting, it is very easy to learn.

“It can take as little as one minute to learn a new skill, so while you are waiting for the kettle to boil or watching an advert break.

“You could be learning a lifesaving skill.”

What first aid do you need to know?

Every first aid emergency is different, from choking to CPR and heat stroke.

But learning the basic skills will boost your confidence in any situation, leaving you able to take action rather than panic.

For parents, there is the British Red Cross baby and child first aid app which is free to download.

Alternatively, there are copious free resources for learning first aid on the website: redcross.org.uk/first-aid.

These include first aid for:

There are also tips for how to deal with heat exhaustion, a fever, vomiting, diarrhoea and a nosebleed.